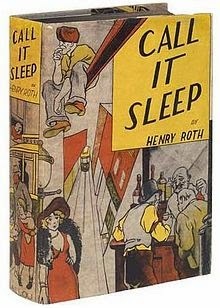 Manhattan is an enormous Jewish ghetto that many don't want to escape. French anti-Semitism has deep roots, going back to the Dreyfus case, that could be awakened by the Jihadist violence. While the French don't like being under siege, one wonders if there isn't a certain part of the electorate that believes the Jews are only making matters worse, in terms of increasing the level of violence on French soil. First comes the outrage against the killers and then comes the second stage, which mirrors in some ways the response that cancer victims sometimes get when the initial sympathy for their condition has passed: did they bring this upon themselves? It's always nice to let the blame fall on the victim. An etiology is better than bald-faced tragedy. But Manhattan is a little like Israel. It's where the Diaspora ended a long time ago for some Jews. Jews may not outnumber other ethnic groups but they're a significant force politically, economically and culturally. Those who talk about Manhattan seceding from the United States, which is really an extended joke at mid-America's expense, are really talking about the other Promised Land. Indeed Tel Aviv and New York, as two of the most cosmopolitan cities in the world, have many things in common. There have been reports that as many as 15,000 French Jews, who no longer feel safe, are contemplating moving to Israel ("15,000 Jews to leave France for Israel, Jewish Agency says,"The Telegraph, 1/13/15). In the meanwhile New York's Jews aren't going anywhere. They've already arrived, a journey whose birth pangs were documented in Henry Roth's novel about turn of the century immigrants, Call It Sleep.

First Edition of Call It Sleep