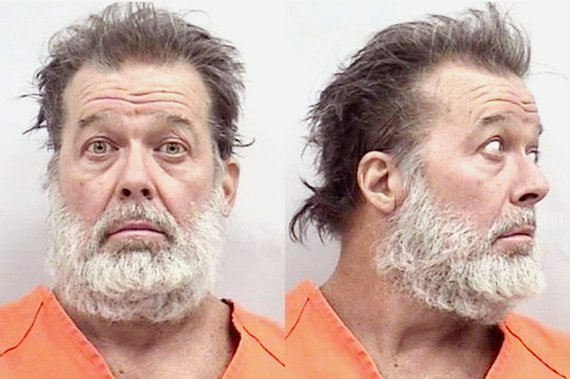 Every month, it seems like there's some breaking news story about a massive shooting in America done by a "troubled" white male.

This week, it was the tragedy at a Colorado Planned Parenthood that left our country gripping over gun control and sexism.

But we have had similar conversations already; remember the shooting in Charleston that killed nine innocent citizens in a historic black church?

When I look at what inspired the motives behind #BlackLivesMatter and #StandWithPlannedParenthood, they were similar in their adversary.

It wasn't this new "American Terrorism" term that's been used lately to counter stereotypes against Islamophobia...it's much deeper than that.

White Supremacy - the over-arching oppressive sense of entitlement by racist/sexist white men - is what's killing many in this country, and have been since the beginning of America's birth.

It was racist white men that set off the massive killings of thousands of Native Americans through the Trail of Tears and beyond. They called it "Manifest Destiny" - but it was actually genocide done in the name of white privilege and power.

These were the same men who also led a Trans-Atlantic slave trade that separated millions of black families and put them into forced unpaid labor and abuse that made America sustain.

This abuse of power in the name of male whiteness led to sexism and exploitation of poor immigrants and women who were denied access to voting and property. These consequences also led to a political and justice system that is dredged in bias and bigotry because the men that created it excluded many "others" for decades.

A few major social issue movements and some notable small victories later, the legacy of these white supremacists continue to carry on in the insecurity of those men who feel inferior to a diverse society.

Their good ole' days of getting your way because you were a white man isn't as easy as before. Colleges are seeing more women and a push for diversity - whether genuine or not - is excluding white men for the conversation.

However, even though the power dynamics of white privilege is still in place, there are allies across the board that has put a few roadblocks in the way of such racism and sexism.

So what happen to the "lone wolves" who grew up by such racist grandparents and a culture that predicated itself on telling them they are in control?

They lash out - either through bigotry or abuse.

For better or worse, the rhetoric of GOP presidential candidate, Donald Trump, consoles the frustrations of white supremacy. No immigrants, isolation of different faiths, return American back to the "great" days again.

Let's not pretend that such messages of "Make America Great Again" or the Tea Party's "Take Our Country Back," isn't a coming off the heels of growing angst of America having its first black president.

And as the prospects of more women gaining political capital and control over their sexuality and confidence grows - it becomes even more visible signs that it sucks to be a white straight male in America who doesn't want change.

Such "change" threatens their power. Such diversity puts them at the end of the line of consideration and not the front like they're used to. All of these centuries of white male privilege that was proliferated through violence and political power are now being questioned - and that infuriates them.

White supremacy is the root of our current American crisis. It's the root of why countless young black men and women are falling slain behind the bullet of white male officers every week. It's the reason why women across this nation have been fighting for their reproductive rights.

This isn't a liberal or conservative issue as political pundits try to categorize it - but an age old conflict that's been brewing before the establishment of political parties.

In a nutshell: white male bigots in America aren't down with the progress in this county that's excluding them. So they're lashing out.

At this point, there isn't any shortstop policy or remedy that can offset this cultural disease. Gun control polices can help, but that won't fix everything.

Knowing the direct source for this issue head on will get us on the right track. Let's stop using such tragedies such as what happened at Planned Parenthood this week as a political dagger to through at opponents - but as a reminder of something more troublesome that needs to be resolved.

It's time for us to stop relying on small political Band-Aids to address white supremacy - let's start talking about it ardently and unapologetically.