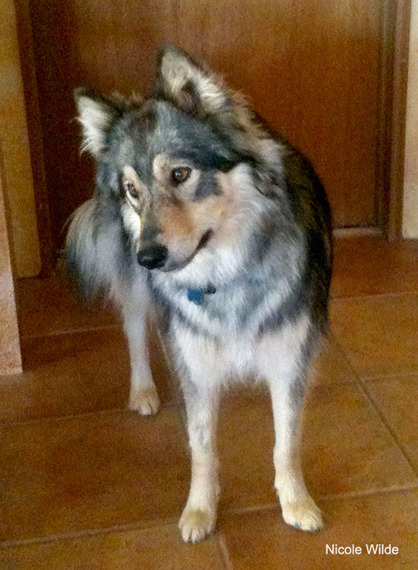 A woman stands in the middle of a park calling her dog. The dog, oblivious, continues to play with his friends. The woman calls out again, this time more loudly. No response. Finally, in a fit of frustration, she screams at the dog, grabs his collar, and drags him away. What's happened here? Did the dog really not hear his owner calling?

Although it might seem like it, little doggy earflaps did not snap into place, sealing the dog's inner ear canals. In this case, the most likely explanation is that the dog had learned through experience that when Mom calls at the park, it means it's time to leave. Why would he possibly respond? (If Mom were smart, she'd start by practicing calling the dog to her at the park when nothing interesting was going on, rewarding him with a quick game of tug or something else he likes, then releasing him. She'd gradually build up to more interesting situations.) In this type of scenario, the dog is actually being conditioned that the word "Come!" means, "If you return to me, you can kiss fun goodbye, because your furry butt is leaving." We see the same type of scenario when a dog gets out of an open yard gate and is happily racing around the neighborhood, having the time of his doggy life. Why come when called? It only means going home, and possibly even being yelled at. (Never yell at your dog once he's come to you; he did what you asked.)

Another type of seemingly "selective hearing" can happen when a dog is emotionally over threshold. For example, two dogs get into a skirmish. Adrenalin and other stress hormones flood their systems. The dogs are in "fight or flight" mode, heavily invested in the former. In that extreme state of arousal, although a dog can still physically hear, it's not likely he's going to pay attention. His attention, of course, is laser focused on the matter at paw. When dogs fight, owners often scream their names, but I've never seen one stop and turn around as if to say, "Sorry? I was a bit busy tearing into Buddy here, did you need me for something?"

While there's not much we can do once a dog is over threshold other than getting him out of the situation as calmly as possible, conditioning can help. Instilling a rock solid recall -- building from a simple 'come' when called in the house to one outdoors with heavy distractions -- takes time, but is worth every minute of effort. Monitoring your dog's body language and behavior go a long way toward allowing you to step in and successfully call your dog to you before he gets into trouble or goes over the edge of arousal. With steady practice and good observation skills, you won't have to wonder, Can you hear me now? You'll know, because your dog will respond.