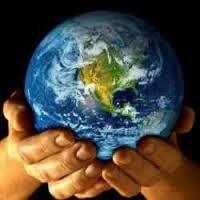 Impermanence, anicca in Pali, is the underlying reality upon which the Buddha based his teachings of liberation. Things change. Accepting change and being willing to let go of what has passed is often seen as a great challenge. But there is an inspirational aspect of change that the Buddha also taught: Human beings can wake up from their ignorance to see things in a new way.

This capacity to open to new perspectives can happen culturally as well as individually. Entrenched conventional ignorance can undergo a paradigm shift and transform into a new, clearer way of understanding. Cultural shifts based on greater wisdom and compassion may seem to move at a glacial pace. As Martin Luther King Jr. said, "The arc of the moral universe is long, but it bends towards justice." But sometimes -- with decades of hard-fought efforts behind it -- a huge shift in thinking can happen seemingly overnight.

In recent times we've witnessed massive shifts in consciousness such as the recent landmark decision by the U.S. Supreme Court that, with one swift blow to prejudice, established same-sex marriage as the law of the land. And as so often is true, suffering can wake us up out of complacency to suddenly see things in a new way. The Charleston tragedy of nine good-hearted Christians killed by a confused, angry young man swiftly awoke even the staunchest Southern conservatives to the fact that the Confederate flag is a symbol of hatred that has no place flying in front of the state courthouse, regardless of whatever tradition some ascribe to it.

Not only is change possible, it is inevitable. And it can happen like a thunderbolt, altering the way the whole society thinks once it is forced to wake up to what's true. This possibility may apply to the great issue facing all of humanity at this time: climate disruption. It's understandable that so many knowledgeable climate experts are filled with discouragement and despair. Never before have we so clearly seen humankind's greed and denial steering civilization toward a course of self-destruction. At the same time, never before has there been so much self-awareness and concern for the planet.

As one wise friend has put it, "We are in a race between fear and consciousness." In the long run consciousness trumps fear, but it's uncertain whether time is on our side. Although there is good cause for despair we also can be inspired by the rapid shift happening in our collective consciousness around this issue. A quick Google search on climate change shows 137 million entries! In the last ten years the crisis has become an accepted concern for communities all over the world and is in the news every day. And no one can deny the dedication and commitment of millions who are right now working tirelessly for a better, more sustainable world.

With so much at stake, the forces of goodness are speaking up louder and more courageously than ever. Pope Francis, embodying Jesus' teachings of love and compassion, has now become a voice of conscience on climate change, not only for 1.2 billion Catholics, but for all of us. In his recent landmark Encyclical, he argues strongly and convincingly that we need to be accountable for the damage we're doing to our home. Even more, he asks us to see the toll our greed is taking on the most oppressed and to willingly take on the responsibility we have as stewards in actively loving and caring for both the marginalized and all life forms.

While admonishing us for mistreating the beautiful home we all share, he expresses faith that we are up to the task of making this a better world: "Yet all is not lost," he says. "Human beings, while capable of the worst, are also capable of rising above themselves, choosing again what is good and making a new start."

As Pope Francis adds his powerful voice to this wake-up call for humanity, many think it's time to shake off thoughts of despair and hopelessness and envision a new story for humanity. The Buddha said, "We are what we think. With our thoughts we make the world." One way to hold our current crisis is to see it as what Andrew Harvey calls "a dark night of the species," analogous to the well-known "dark night of the soul" of one's individual spiritual journey.

The Buddha began his teaching with the First Noble Truth of Suffering because coming to terms with suffering can wake us up. Now humanity is faced with a scope of suffering that will inevitably shake us out of our complacency. At some point we will all be forced to come to terms with the consequences of living unsustainably in a world of limited resources. Although there will likely be major suffering, we could also view this situation as a unique opportunity to embody a new way of living.

Yes, many despair that things are moving too slowly and there might not be enough time to make a difference. Perhaps they're right. But since the degree of suffering experienced by all living beings will depend on whether we wake up sooner or later, it makes sense to do what we can to support our collective awakening happening on the earlier side.

When enough people hold a shared vision of possibility, miracles can happen. Nelson Mandela, who was instrumental in the downfall of Apartheid, spoke of the "multiplicity of courage." He said that when people come together for a cause they feed off each other's commitment. The whole becomes greater than the sum of its parts and amazing things are possible. Once a tipping point is reached conventional wisdom can change at breathtaking speed.

And what does this mean for Buddhist practitioners? A long-time dharma practitioner and sustainability expert who heads a consortium of environmental groups working with the White House on Climate Change once told me: "The Dharma holds the key to shifting our culture's thinking on this issue." Whether it's called Buddhism or simply "consciousness" we need to start understanding this situation from a dharma perspective. And with mindfulness having such a major impact in so many spheres of our culture from business to education to health there is an opportunity to affect thinking like never before.

Arnold Toynbee, the great historian, is said to have predicted that the most significant event of the 20th century may be the coming of Buddhism to the West. Why? Perhaps because Buddhist philosophy highlights several key universal truths that are at the heart of the shift of consciousness needed to save the planet from man-made destruction.

The first of these is the understanding of the interconnectedness of all life. As conservationist John Muir put it, "When we try to pick out anything by itself, we find it hitched to everything else in the universe." The Earth and its gifts are not given to us to use as we like. We are part of an amazingly complex inter-dependent ecosystem. When we disrupt the delicate balance of life on our planet, it not only has grave consequences for other species, it's also a suicidal path for humanity.

Intrinsic to Buddhist philosophy is a basic understanding of the law of karma: actions have consequences. This truth is not restricted to Buddhism, of course. Jesus taught, "As you sow, so shall you reap." However, now more than ever we need to connect the dots so that those in power can clearly see that it's in their own interest to leave a healthy and vibrant planet for their grandchildren, if not right now for the rest of us.

And as any good Buddhist knows, compassion is the natural by-product of an awakened heart. The situation now calls for us to embody that caring heart not only in our perspective but also in our actions. As meditation master Thich Nhat Hanh says, "Compassion is a verb." Bhikkhu Bodhi, the foremost translator of the Pali Canon is a clear voice for courageous action. In his forceful essay "A Challenge to Buddhists" he states that "the special challenge facing Buddhism in our age is to stand up as an advocate for justice in the world, a voice of conscience." He calls this "a deeply moral challenge marking a watershed in the modern expression of Buddhism."

These days many Buddhist practitioners are wondering more than ever how their practice can address the reality of climate change. They are asking, "What can I do that could make a difference? What does my practice have to offer this dire situation?" If you are one of those who is seriously looking for answers to these questions you and your community are invited to participate in an upcoming online Ecosattva Training hosted by One Earth Sangha. Eight interactive, online sessions will be held beginning September 13, 2015 and running through November 15. The purpose of the training is to integrate our Buddhist practice with the climate crisis so that we can discover how to meaningfully bring our practice to this complex issue.

The Dalai Lama has said that world systems come and go. Although we don't know exactly what the future will bring, he says if we know we've done what we can we'll be able to hold whatever happens with greater peace in our hearts. Angeles Arrien, cultural anthropologist and visionary, said, "Action absorbs anxiety." Our own commitment can become a catalyst for those around us to express their caring as well.

As Buddhist practitioners we have, as Julia Butterfly Hill puts it, a "joyful responsibility" to do what we can to bring more consciousness into the world. Not only is goodness our basic nature, it's contagious and what we do affects others in very powerful ways. If we open to the possibility that a major paradigm shift of awareness around climate change is possible, we can become part of the tipping point that can make a huge difference to humanity, all other life forms and a planet crying out for our loving care.