The purpose of this article is to start a revolution. A non-violent one, based on voluntary change in civil society.

The etymology of revolution leads us back to revolere, Latin for "roll back" and was most commonly used to describe the movement of the planets on their circular axes. From there, it evolved to signify a dramatic change--like a radical transformation in government, for instance. And it was first used to describe a political movement that overthrew King James II in 1668.

These days, things are revolutionary when they significantly alter something powerful--like when social media changed the way we use the internet, or to describe somewhat banal product announcements in advertising lingo. At the same time, today, we are witnessing political revolutions from the Arab Spring to the Ukrainian Orange Revolution--telling us the term in its less trivial sense is not dead. And perhaps a revolution is still possible.

It sounds great, I know, but you are probably asking yourself: what does he mean? Well, let me start by saying what this revolution will not be. 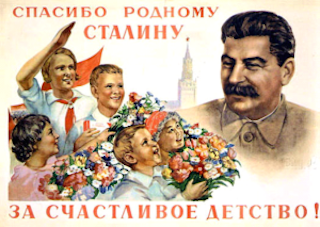 Propaganda from the aftermath of a revolution (source)

An entrepreneur's revolution will not be blood-soaked. It will not follow in the footsteps of so many 20th century revolutions--meaning to change the essence of human nature, to remake the human spirit in the vision of a favored few. After all, my own intellectual heroes (ie. Friedrich Hayek and Ludwig von Mises) explicitly rejected that kind of bullying, anti-Humanist thinking, as I have tried to show in this column over the years.

That idea--that lives are static and choices are limited, that markets inhibit personal expression and that business is a closed shop for the imaginative--is not revolutionary. It reminds me a lot of the mentality of my teachers in 1960s Flint: depending on how we were faring in class, our picture would go up in the GM organizational chart, moving up or down the occupational ladder. It was not meant to be mean-spirited, but the message was clear: We were taught we were destined to have one job in one company for the rest of our lives.

Instead, what we need to do, perhaps what we all want to do, is to transform the global economy and usher in a new surge in prosperity, at home and abroad. We can do that with entrepreneurship. We can own the future, shape the economy, experiment with the market. It is in the nature of the beast that not every business will succeed, not every entrepreneurial spark will light a fire in the marketplace, but any move that lowers the failure rate even marginally could bring a massive payoff. 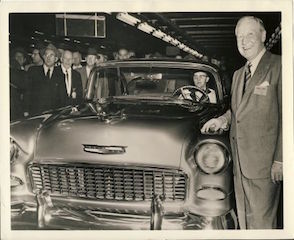 This revolution will be truly universal. Among the most pernicious ideas from the 20th Century revolutionaries was the insistence that there were warring classes in every society; and that these warring classes have interests that must always be in conflict. The beauty of the capitalist revolution--and the market for entrepreneurial ideas in particular--is that it can be shared by all to the benefit of all. 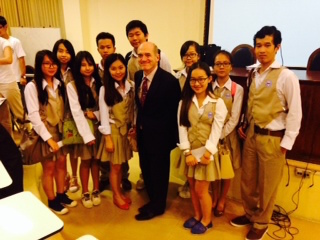 This revolution will be truly democratic. Just as the market doesn't care where a new idea originates, it doesn't care who came up with the idea in the first place. The history of entrepreneurship is that the people who stand to benefit the most from a global entrepreneurial revolution are the eccentrics, the overlooked, the disabled, and those willing to risk being different.

This revolution will be truly visionary. It's perhaps the crucial insight and one of the hardest concepts for my students to grasp, but the true entrepreneur is a time-traveler, in a sense more fantastic that any science fiction story. Aside from a good product, a good marketing plan, and a lot of personal motivation, the successful entrepreneur must have the vision, the ability to literally project himself or herself into the future, see the appreciate value of a business idea, and translate that back into the present value a product or service he or she can price and sell in the here and now.

The global economy faces immense challenges in the coming decades: 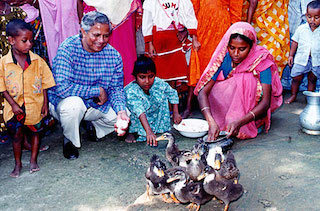 It's a mentality I have, too, have spent a lifetime fighting. As Yunus so brilliantly claimed, the secret weapon that can change lives and change the world is entrepreneurial education. The elements in the change are financial, academic, technological and managerial, but first, as the psychiatrists say, the patient must be willing to change. There is no greater challenge for today's political, business, cultural and education leaders than getting this revolution right.

If you would like to read more about these concepts, please check out my latest book An Entrepreneur's Manifesto, available on Amazon.