When his battleship was under attack by Japanese destroyers during World War II, Calvin Graham did everything he could to rescue his fellow crew members. He was just 12 years old.

Inspired by the deaths of his cousins, the Texas native who was one of the youngest Allied servicemembers, had lied about his age to enlist in the Navy in 1942, according to Smithsonian magazine.

“Baby vet”, as he was later called, was determined to get deployed. To succesfully enlist, he started shaving at age 11, had his friends forge his parent’s signature for consent, argued with an army dentist and told his mother he was visiting his grandmother 100 miles away.

"Calvin got through boot camp because the petty officers didn't care how old anyone was," John Maag, a seaman who served with Graham told the Chicago Tribune. "They needed to ship out men quickly. We'd suffered a lot of casualties, and the Navy needed to build up its crews."

On November 14, 1942 when the the USS South Dakota suffered 47 casualties, Graham’s front teeth were knocked out by flying shrapnel, he suffered burns from the anti-aircraft guns and in spite of his injuries, rescued others, according to the New York Times.

“I took belts off the dead and made tourniquets for the living and gave them cigarettes and encouraged them all night,” Graham said according to the Smithsonian Magazine. ”It was a long night. It aged me.”

A year after serving in the Battle of Guadalcanal, the Navy discovered Graham’s age. It gave him a dishonorable discharge, revoked his medals and disability benefits, the New York Times reports.

In 1992, Graham died at the age of 62. At the time of his death, all of his decorations and benefits were reinstated with the exception of the Purple Heart. But two years later, Graham’s wife, Mary was presented with the combat decoration at a special ceremony, according to oldvums.org.

Graham was not the only underage serviceman during the war. It is believed that more than 200,000 veterans joined the military as underage children during the World War II and Korean War eras, the AP reports.

For many, lying about their age was a crime committed for a nobler cause.

RELATED SLIDESHOW: "Medal of Honor: Portraits of Valor Beyond the Call of Duty" 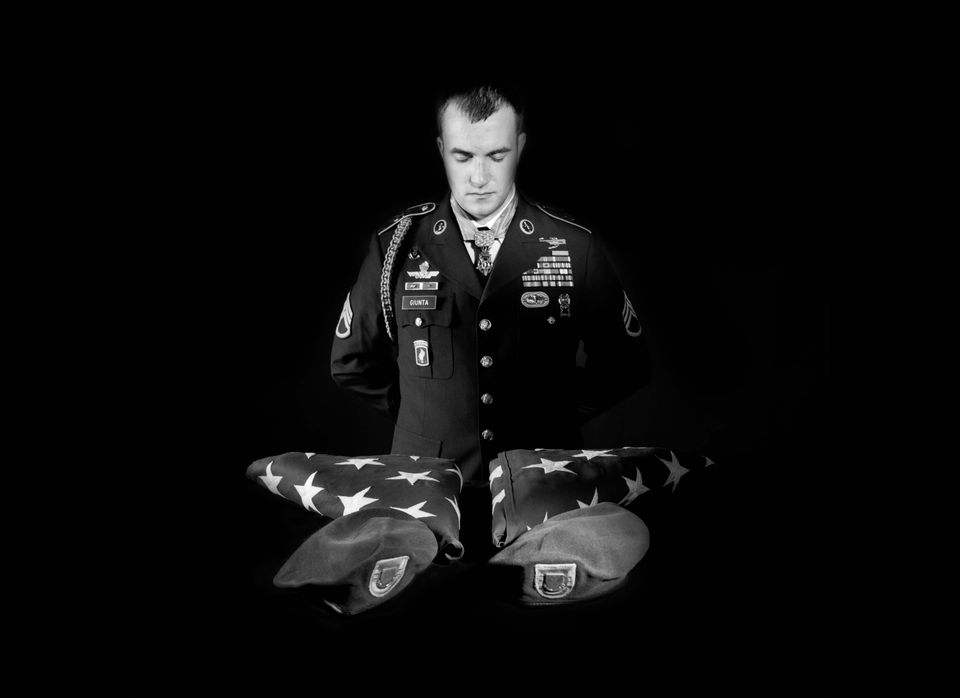 1 / 8
Salvatore A. Giunta
Serving in Afghanistan, Sergeant Giunta braved heavy fire to pull a colleague to safety. He and two colleagues then counterattacked against Taliban fighters who were trying to surround them, throwing volleys of grenades. Giunta then saw the leader of one of the platoon's teams, Sergeant Joshua Brennan, being dragged away by two Taliban. He killed one of them, and shot the other, then staying with his colleague while waiting for medical aid. Brennan died from his wounds a few hours later. Sgt Giunta was the first living recipient of the Medal of Honor in nearly four decades.
Nick Del Calzo