Calvin Harris has a lot of “Blame” to throw around this “Summer.” Just when we were starting to “Feel So Close” to the end of the Harris/Swift drama, things are “Burnin’” up again. If you’re ready for some epic shade-throwing, we’re about to give you “What You Came For.” (Sorry.)

After reports surfaced that Taylor Swift had actually written Harris’ smash hit “This Is What You Came For,” the internet buzzed with rumors that the song contributed to the couple’s split ― especially after a rep for Swift confirmed to People that she had written the song under the alias Nils Sjoberg.

And then Harris went on the Twitter rant to end all Twitter rants. So “Let’s Go.” (Sorry, again.)

The DJ started off seemingly complimenting his ex on her songwriting abilities, confirming that she sang on some parts of the song.

And she sings on a little bit of it too 🙃
Amazing lyric writer and she smashed it as usual https://t.co/vW3yGOIJit

But he was quick to take credit for the majority of the work and point out that it was Swift who wanted to keep her input quiet.

I wrote the music, produced the song, arranged it and cut the vocals though. And initially she wanted it kept secret, hence the pseudonym

Harris brings up the Taylor-Swift-Tom-Hiddleston celebrity coupling known as Hiddleswift, suggesting she “focus” on the new relationship instead of tearing him down. Despite the widely circulated rumor that Swift’s new boyfriend is a publicity stunt or music video shoot, it seems that Harris takes the relationship at face value.

The DJ then accuses Swift of attempting to “bury” him “like Katy,” referring to the rumored long-standing battle between his ex-girlfriend and singer Katy Perry.

(Calvin, the No. 1 squad rule is to never address the “Bad Blood” with Katy Perry. You simply star in an award-winning music video about it.)

I know you're off tour and you need someone new to try and bury like Katy ETC but I'm not that guy, sorry. I won't allow it

Then, he offers her a little advice ...

Before ending it a cheery-ish note.

God bless everyone have a beautiful day

Would you like a side of tequila with all that salt, Calvin? 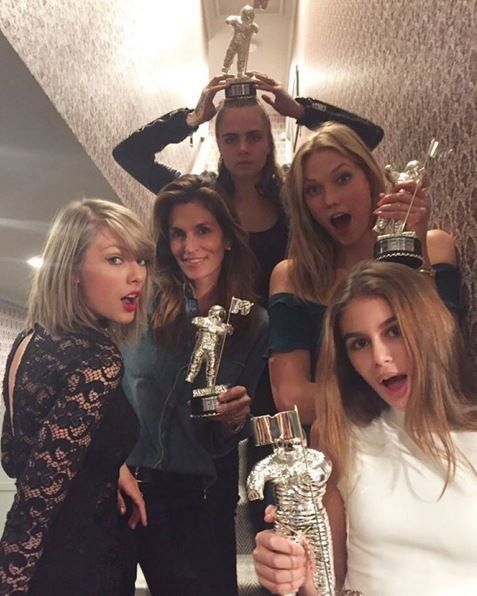