Age is nothing but a number... to some people. To others, it's the official way to designate individuals as "old" and, therefore, dismiss them as less valuable in society.

This is a perspective that actress Cameron Diaz has experienced first-hand -- and she is so over it.

Diaz, who is turning 44 this summer, has made it part of her mission to empower and embolden women of all ages. In addition to writing a new book on the science of living well, called The Longevity Book, she has also spoken candidly on the topic of aging. One of Diaz's recent stops was OWN's offices in Los Angeles, where she didn't hold back in sharing how she typically responds when confronted with ageism.

"Just because we're getting older doesn't mean we're not valuable anymore," Diaz begins. "To be told at 44 that I'm no longer valuable or that I'm not viable or that I'm just going to be discarded and nobody's going to care, there's a few things that happen."

Then, Diaz says, she acknowledges the sting of such a sentiment and channels that energy into a response that empowers.

Diaz knows she's not alone in feeling dismissed due to her age, and adds that it's within our power to spur change together.

With so many women facing ageism, Diaz says the entire conversation about aging can shift if we can all adopt a rousing new perspective.

Not only can this outlook spark a much-needed shift in our culture, but Diaz says it can also have a real, biological impact on each person individually.

"There is actual data ... that says that for people who accept aging and accept that you can age well and live well all the way up to your ripe old age, [they] actually live longer. In fact, 7 and a half years longer," she says. "That's a significant amount of time."

If You Think 40 Is Old, Cameron Diaz Would Like A Word With You
Cameron Diaz: Style Evolution 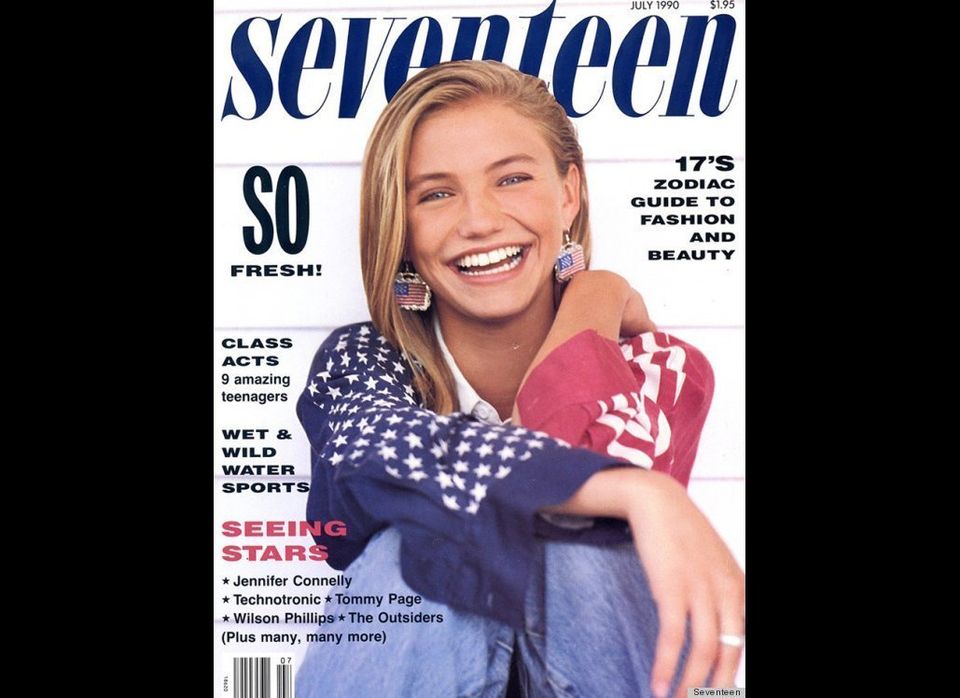