Cameron Diaz and Benji Madden have officially tied the knot after less than a year of dating.

The couple married in an intimate ceremony at Diaz's Beverly Hills home on Monday, Us Weekly confirms. And the event was star-studded as the couple's famous friends, including Reese Witherspoon, Gwyneth Paltrow, Samantha Ronson and Robin Antin, looked on as they exchanged vows. Benji's brother Joel Madden and his wife Nicole Richie were also in attendance and their son Sparrow served as ring bearer. Richie, Drew Barrymore, Diaz's sister Chimene and assistant Jesse Lutz were bridesmaids.

"We couldn't be happier to begin our new journey together surrounded by our closest family and friends," Diaz, 42, and Madden, 35, told People in a statement.

According to Us Weekly, Diaz, 42, and Madden, 35, hosted a rehearsal dinner for their guests in Beverly Hills on Sunday night.

The "Sex Tape" actress and the Good Charlotte member were first romantically linked in May 2014 and news of the couple's engagement broke in late December.

The impromptu nature of their wedding falls completely in line with what Diaz told Parade of her future wedding plans back in 2010:

The mystique and the romance of a big wedding are lost on me. I don't think that I could ever do something that extravagant. I am not much of a planner. I would probably make the phone call 20 minutes before the bus leaves for the chapel and ask if anyone is available to come. That's probably how my wedding is going to end up.

This is both Diaz and Madden's first marriage. Madden was previously engaged to Australian actress Sophie Monk before calling it off a year later in 2008.

Cameron Diaz And Benji Madden Are Married
Celebrity Weddings Of 2014 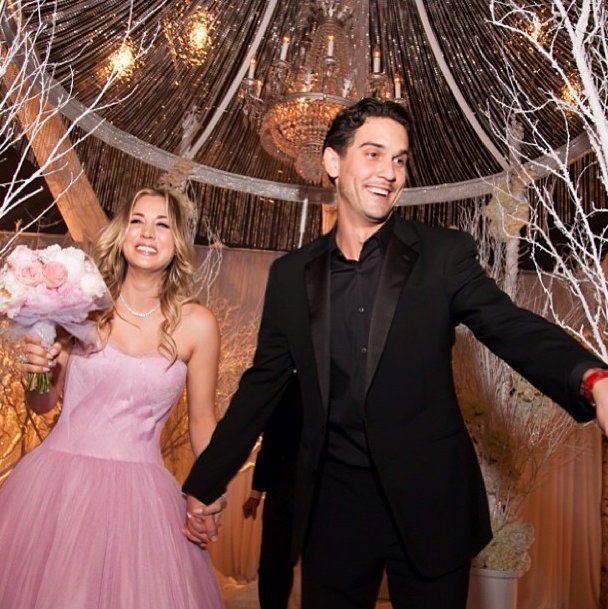