When it comes to fact-checking, some people just can’t handle the truth.

First, President Donald Trump got into a tizzy after Twitter dared to apply fact checks to his tweets claiming mail-in voting is a fraud.

Now, one of the Winklevoss twins ― who are best known for suing Mark Zuckerberg over the idea for Facebook ― is falsely claiming that the whole fact-checking process is actually censorship.

Cameron Winklevoss made the very Orwellian comment via Twitter on Thursday and managed to work up a quite large ratio in the process.

"Fact checking" is a euphemism for editorializing which is a form of censorship. And that's a fact.

No, fact checking is investigating an issue in order to verify the facts. Facts exist. The truth exists. And when the president of the U.S. pushes a lie about widespread voter fraud for which there is no evidence, it is 100% within Twitter's rights to fact check him on that.

What are you talking about? Fact checking is speech. It’s basically a way to respond, through more speech, to what another person has said. Editorializing is speech. Censorship would be suppressing fact checks and editorials.

The point is this hollow static of yours is causing many to wonder about that.
As you know, fact-checking is not editorializing, and it's a lie to say so. Editorializing is smuggling opinion into ostensible analysis. Fact-checking's about calling out blunders, errors, lies.

A fact-checker pointing out that the statement "water is dry" is not true is not "censorship", champ.

Of course it's not censorship. Love how these people whining about censorship and civil rights have never supported others on those issues. Time to start checking for ACLU memberships.

Given that pro-freedom people have been pushing the former as an alternative to the latter for decades, I'd say we should give people trying to actually implement the former some slack.

Some people took Winklevoss’ statement to its extreme.

So is he kinda saying teachers and their mentorship are also a form of censorship? Cause they correct my mistakes every single time.

And one person offered some sage advice for Winklevoss.

It’s probably best if you don’t try to fact-check what fact-checking is. 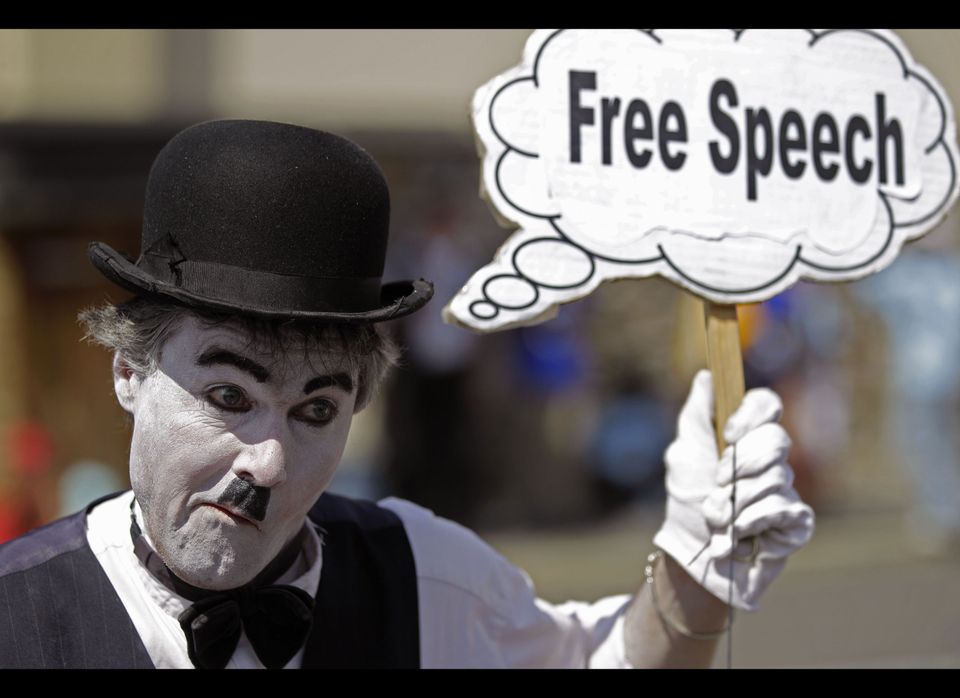 1 / 11
Don't You Censor Me!
Censorship has always been a concern throughout American history. How important was censorship to our Founding Fathers? Our government was literally founded on it with the First Amendment which established freedoms such as speech, expression, press, protest and religion. With the recent attempts by countries to limit freedoms by censoring people's abilities to express their thoughts and words, such as in Pakistan with the temporary banning of Twitter, Americans have unleashed a barrage of criticisms towards those governments who are attempting to squash one of America's most cherished amendments. Most Americans may not be able to list all of our 27 amendments, but we never have a problem remembering the first. Though many governments throughout the world are guilty of violating specific freedoms, many Americans fail to realize that, just because our constitution states that we are entitled to certain freedoms, America hasn't always necessarily practiced what we preach, or even founded our nation on.
AP