We've recently realized that we have a lot of things in common with Camila Cabello from the girl group Fifth Harmony. Here are 11 reasons why the 16-year-old champion tweeter is clearly our spirit animal -- and should probs be yours, too.

She has a totally normal and under-control admiration for Beyonce.

I WANNA BE BEYONCE WHEN I GROW UP

She's got her priorities totally in check.

I am a majestic mountain goat pic.twitter.com/yKXc36TAUj

Sometimes, when she says "people," she really means "puppies."

People are so cute sometimes I love people

She wants you to be quiet, guys.

She understands the importance of physical exercise. 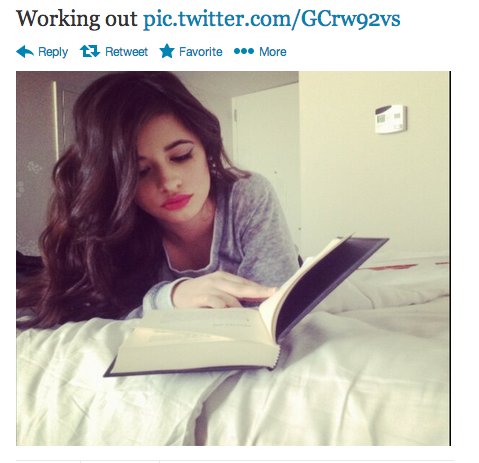 She understands that people IRL are pretty much the worst.

YOU GOT THAT FROM TUMBLR

Most importantly, she gets that when the popular guy at school tweets at you, then deletes it out of embarrassment, you should totes call him out on it. Like a boss.