Camille Paglia was, is and continues to be a contentious figure. She's a feminist who is critical of feminists, a lesbian who openly doesn't like lesbians, and an art historian who is critical of contemporary art. So we were excited to see what this iconoclast would bring to "Glittering Images," her first book on art.

You might say that "Glittering Images" is the anti-art history coffee table book. It takes readers from Ancient Egypt to contemporary Hollywood, illuminating Western art's story along the way through 29 essays. The real Paglia-esque fire, however, kicks in in the final paragraph when she declares George Lucas the greatest artist of our time. To find out more, we asked her a few questions regarding her thoughts on images, technology and arts funding debates. Read on to see the author take us to school: 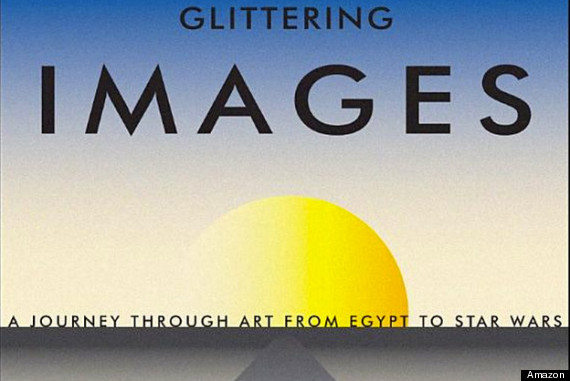 HP: You've referred to Andy Warhol as a hero, and yet his worldview seems to capture what you despise about contemporary culture with his blasé, bourgeois, insular, irreverent, too-cool-for-school attitude. Do you see Warhol in this way, and if so, why is he your hero?

CP: Warhol had an enormous impact on me as a college student in upstate New York in the 1960s. I have proudly called myself a “Warholite” ever since. It is baffling how Warhol could ever be called “bourgeois” because he was the product of a poor immigrant family in industrial Pittsburgh, and he boldly brought the dissident sexual underground into then-stuffy major museums in both Manhattan and Philadelphia. He surrounded himself with male hustlers, drug addicts, drag queens, and decadent, androgynous socialites. Warhol was openly gay long before the birth of the gay liberation movement. He was contemptuously ostracized as “swish” by closeted gay artists like Jasper Johns and Robert Rauschenberg in New York.

Neither would I accept the term “blasé” about Warhol, since that implies a far more sophisticated and affectedly fatigued persona than the one he projected. A colleague said that Warhol pretended to be “the village idiot” — that is, a dysfunctional, marginalized, passive observer of society. Warhol’s primary response to anything that interested him was “Wow” — the exact opposite of blasé. He was a voyeur who voraciously consumed mass media and who identified himself with the popular audience. Many of his early large-scale pictures were blow-ups of tabloid newspaper photos of automobile or airplane accidents. What he was demonstrating was the saturation of society by the sensationalistic visuals of modern media — a return to a primitive form of consciousness that pre-dated literacy.

To continue with the adjectives you have proposed, I see nothing “irreverent” in Warhol either. On the contrary, he transferred the religiosity of his youth in Eastern Rite Catholicism to his passionate reverence for Hollywood stars like Elizabeth Taylor and Marilyn Monroe, whom he turned into shimmering saints in an updated Byzantine style. “Marilyn Diptych”, the subject of a chapter in my book, is really a giant icon screen like the one in Warhol’s baptismal church in Pittsburgh. Similarly, those who see irony in Warhol’s acrylic paintings of Campbell’s soup cans are simply imposing their own contemporary preconceptions backwards onto him. Warhol, who began his career as a commercial illustrator, loved brand-name logos and saw them as modern heraldry. Campbell’s soup cans were beautiful to him — exactly as they were to me as a child growing up in the sooty factory town of Endicott, New York. I used to cut out colorful logos from magazine ads and play with them like paper dolls.

Warhol’s experimental films were also crucial in shaping my sensibility. I am not referring to the later, well-known feature-length color films directed by Paul Morrissey but to Warhol’s grainy, improvised, black-and-white short films, which have strangely never been released on DVD (though they are available for viewing at the Andy Warhol Museum in Pittsburgh). The one that hit me like a thunderbolt in college was “Harlot” (1965), where a lounging drag queen in a blonde wig slowly peels and eats a banana, while hunky bystanders gradually shift position; the soundtrack is simply off-screen banter in campy male voices. This parody of Hollywood sex queens — simultaneously trashy and sublimely cultic— seemed like a dream vision, revealing the deep structure of popular imagination, with its adulation of stars of both sexes. The last of Warhol’s great films was Chelsea Girls (1966), a three-and-a-half-hour split-screen epic that mesmerizingly alternated between the banal and the surreal.

In short, Warhol’s callow imitators may be blasé, bourgeois, insular, and irreverent, but he certainly was not.

HP: The stand-out chapter of Glittering Images is your reading of George Lucas. You praise his inventing and inviting of technology, but isn't this the same technology that pushes out reflection, spirituality and seeing? How does the magic of technology compare with the dangers?

CP: My chapter on George Lucas focuses on Revenge of the Sith (2005), which he directed as the last film made in the Star Wars series. While I do briefly list his massive contributions to digital technology, the bulk of the chapter focuses on Lucas’s history as a visual artist, beginning in childhood. I pulled together a great deal of scattered information about him — small details buried in obscure sources. No other critic to my knowledge, for example, has noticed Lucas’ interest in dance — which he transferred to the procession of customized cars in American Graffiti and to spaceship battles in Star Wars. In my view, Lucas’ early dystopian film, THX 1138, even shows the influence of avant-garde modern dance, which was then flourishing around Anna Halprin in San Francisco, where the film was mostly shot.

Lucas was never part of my original plan for the book. But I could not find strong enough examples of contemporary art that would hold up to the masterpieces presented in earlier chapters. As I was writing the book (which took five years), I kept stumbling on the Star Wars films being broadcast end-to-end on Spike TV, which bills itself as a man’s channel. Dropping into the middle in that way — irrespective of plot — made me start to notice striking qualities of landscape and set design. I was finding much more of visual interest in those films than in the fine arts I was combing through.

But it was the volcano-planet climax of Revenge of the Sith that knocked me for a loop. When I would happen on that, I was transfixed, paralyzed. Not only is it visually spectacular — with its complex interweaving of live footage, computer animation, and ingenious model-making — but it is emotionally overwhelming, with the intensity and sweep of a Puccini opera. The long finale of Revenge of the Sith, leading up to Darth Vader’s tortured fabrication and the birth and separation of the twin babies Luke and Leia, is in my view the most powerful work of art in any genre in the past 30 years — including literature.

George Lucas is a master of technology, but he is not its slave.

HP: You are an avid supporter of arts education in schools but against government arts funding. Why aren't both necessary to restoring art as a central part of life?

CP: It is not true that I oppose government funding of the arts. I am calling for vastly increased government funding — which is absolutely crucial for dance, for example. What I have always opposed is self-described avant-garde artists asking for government handouts. No genuinely avant-garde artist should ever be on the government dole. It is grossly hypocritical for artists to ask taxpayers to support sacrilegious or sexually scandalous art. Ever since Romanticism, an oppositional mode, artists have the right and indeed the duty to attack social convention. But it is ridiculous and in fact self-infantilizing for them to expect to be financially supported by the general public whom they are insulting.

In the introduction to Glittering Images, I say that the avant-garde is dead: it was killed by Andy Warhol, who closed the gap between the fine arts and popular culture. The last significant gestures of shock were made by Robert Mapplethorpe, with his photographs in the late 1970s of the sadomasochistic gay underworld. The big art controversies since then have been about third-rate works of little inherent artistic value — Andres Serrano’s “Piss Christ” or Chris Ofili’s “The Holy Virgin Mary” (at the Brooklyn Museum’s 1999 “Sensation” show). The art world’s automatic defense of Serrano and Ofili was very short-sighted because it severely damaged the reputation of art and artists among the general public in the U.S., where the arts have always struggled for support.

One of the aims of my book is to speak directly to that alienated public and to demonstrate the spirituality of art and the artistic mission — a theme which has gotten little attention during the long drought of postmodernism, with its cheap little ironies and gimmicky conceptualism. I want to promote the introduction of art history in primary schools and to convince the general public that, even in a period of economic crisis, arts funding is an absolute necessity at the federal, state, and local levels. Every advanced civilization must nourish the arts. But artists, if they expect support, must stop behaving like snobbish elitists, contemptuous of the beliefs and values of mainstream Americans. That pose was still fresh when the abstract expressionists were struggling for attention in the late 1940s, but it’s totally passé now.