The Earth's polar regions are some of the planet's most fragile places.

The Arctic is warming twice as fast as anywhere else on Earth, and snow and ice cover are declining significantly. Part of Antarctica has warmed faster than anywhere else in the Southern Hemisphere and wildlife has already been affected. As Antarctic sea ice has expanded in some areas, Arctic ice has seen a greater and record-breaking decline.

Amid these changes, photographer Camille Seaman traveled yearly to the Arctic and Antarctic for a decade, capturing the ice and stunning landscapes that define the regions. Her new book, Melting Away: A Ten-Year Journey through Our Endangered Polar Regions, is available now.

The Huffington Post spoke with Seaman about her work and journeys to the Arctic and Antarctic.

What sort of changes have you witnessed firsthand in your visits?

Everywhere I went and had the opportunity to return to has experienced change. Change is the nature of time on any place. The accelerated pace of change is what is making things very challenging in almost all polar regions. The melt comes sooner, lasts longer and has reciprocal effects on every aspect of all life in polar regions.

Maybe you have experienced some event in your own life, some flood or catastrophe that shook you to your core. Left you feeling loss, perhaps of someone you love, your home or livelihood? It's the same for our planet, it is losing left and right, watching things melt away, die and disappear. Going at such a rate as to not have time to make adaptations or adjustments. Just gone. 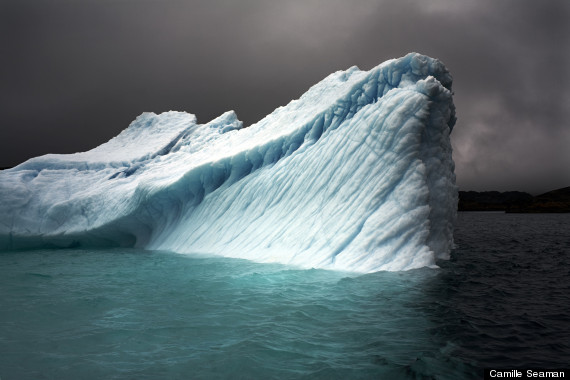 I would recommend to anyone reading this to sit in silence for as long as possible and think about all that is being lost, all that is altered or gone. Grieve that your children may not see tigers or rhinos or polar bears in the wild. Think about the aspens and pines burning in the fires, the islands flooded with salt and weep for the new silence. We always have a choice, and even when you think you are not making one, you are. So choose the future you want and go work towards building that!

How did you first become interested in photographing the planet’s polar regions?

When I was 29, I gave up my seat on an over-sold flight in exchange for a free round-trip ticket anywhere the airline flew. That was 1999. It was Alaska Airlines. I must tell you that I had no ambition, desire or interest in ever going to the Arctic. In fact I moved from New York to California partly to escape the extreme weather of [New York's] icy winters and sweltering summers. As a child I had no curiosity about the North Pole or polar bears. Yet here was a door opening, an invitation.

I decided I would do a sort of reverse commute. And so I went to the local North Face outlet and bought some warm clothes and, without doing much research, decided that I would go in the last week of March. I knew it would be cold but the sun returned by then. I checked my bag and boarded the plane wearing only a polar fleece and some slip-on shoes. When the plane landed I rubbed my eyes in disbelief, so much white with no edge between land and sky.

When I first began traveling to the polar regions, I had no idea what climate change was or global warming. I made images simply with the desire to share the beauty and awesomeness that was part of our home, our planet, our heritage. But as the years passed I could not help but become aware of changes I was witnessing. 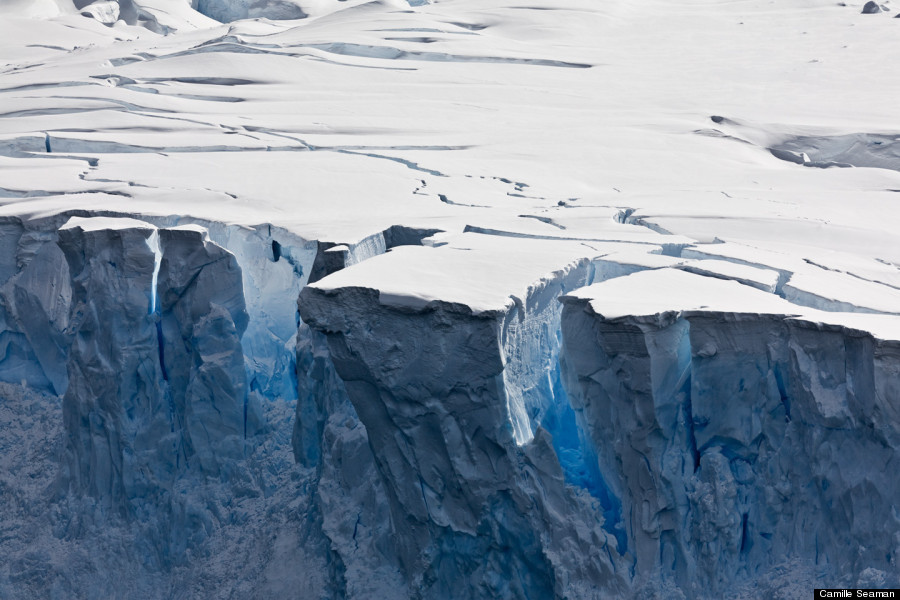 Have these journeys shaped your thinking about climate change? What was the most eye-opening moment for you?

I have not returned to the poles since late August of 2011. I left my position as [a] ship's photographer heartbroken. That season in particular I had never experienced temperatures so warm. The snow was mostly gone, Jacob's Ladder flowers bloomed and Mv Fram was able to sail very far north with no sign of sea ice. It was that year that a young teenage British boy was attacked in his tent and killed by a polar bear. It was that same season that my anxiety had reached its highest level. I was now dreaming of polar bears. Polar bears everywhere and me looking for escape without alerting them to my proximity.

I have the highest respect and reverence for these beautiful and powerful creatures. I never wanted my presence in their environment to be the cause of their death. With so little sea ice it was obvious that the bears could be anywhere on the land. They were constantly on the move looking for food and places to cool off. I witnessed through my lens a young bear swim for over five miles, following his nose to a tiny spit of land that served as a nesting site for several species of birds. It was there that he climbed up a 30-foot ridge to reach the nests of birds that had traveled several thousand miles to lay just two eggs. I watched as the hungry bear went from nest to nest devouring the eggs and young chicks. In less than an hour he had wiped out an entire generation of king eider ducks, common eider ducks, glaucous gulls, kittiwakes and little auks. It was in this instance that I really began to see the connections. 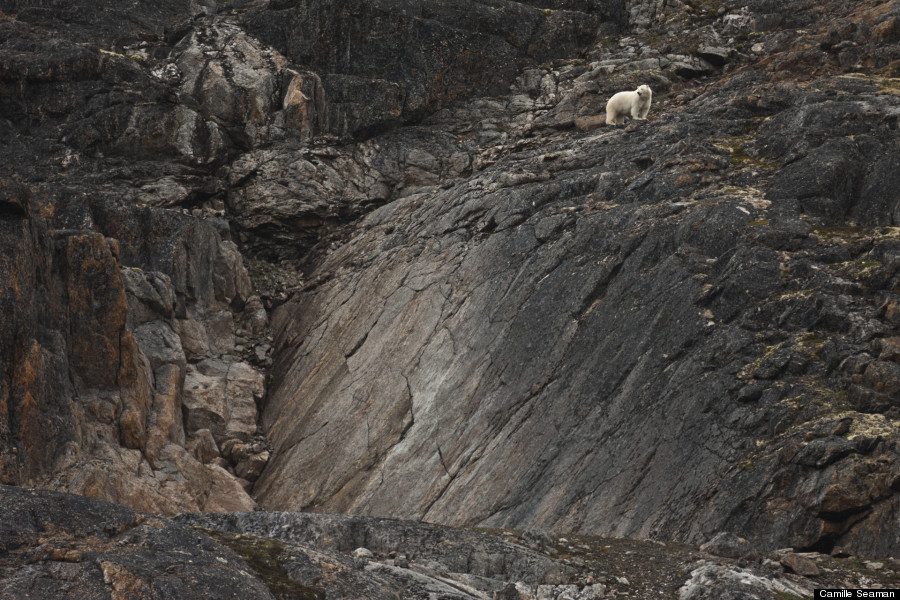 Did the Arctic and Antarctic come to feel familiar to you, or like a second home? Or did they surprise you every time you visited?

When I spent more than a few weeks at a time in either the Arctic or Antarctic, I did have some struggles readjusting to “civilization” and the noise, and the return of evening darkness. Seeing the moon in a dark sky was quite startling after so many weeks of 24-hour day light. I saw so many people complaining, and rushing to and fro, it seemed so insignificant compared to the stark realities and severity of the poles.

How do you stay positive while observing widespread changes in these fragile regions?

I think that until we humans are able to really accept that we are not separate from nature -- not above it, not meant to dominate or steward the land and the animals and the ocean -- we really have no future on Earth. When I say I want to save the world, it's not about making room for more of the same: exploitation, degradation, inequity, pollution and loss. I want to save as much of the natural world from us [humans] and our poor behavior. I want humans to realize that we are lessened by the loss of even a single species, a rainforest, the tundra, a pine grove.

I do what I do as an act of compulsion, because I feel I have to, not by force but more like drawing breath, with ease. I am not sure if my work has any effect. I am not sure if what I have spent so much of my time doing has any impact at all. I can only put it out there and let it be what it is. If people can hold their gaze on any of my images for a moment and have a feeling or a thought, maybe it is enough. Maybe that spark of a thought or feeling will grow into something greater. I do not underestimate the power of beauty and passion, the planet has that in spades. I just bring it to the viewer.

This interview was edited for length and clarity. Photos continue below.