The second best day of my life was when I got out of school for the summer. The best day was when my parents would pack my brothers and me in the white Mercury station wagon and drive us up the New York Freeway to drop us off at camp, where I would spend the happiest and most formative days of my childhood.

While my life as a camper shaped me, it was being a camp counselor that defined me. This was my first significant leadership role. The camp I went to did not call us counselors, but "leaders." As a kid I thought to myself, "Someday I want to be leader," and I still work every day to live up to that expectation.

As I grew into a camp "leader", I had no idea how powerful the role would be in my life and in others. Being a camp counselor gave me confidence and taught me to be grounded, kind, firm, graceful, and faithful. I got to grow into these characteristics at camp. It was a serious business, but because it was camp, no one was allowed to take him or herself too seriously.

Many look at the college student who returns to camp year after year as a kind of a knucklehead - the kid who won't grow up, or the student who didn't get their act together to apply for an internship with the UN, The Hague, or at Microsoft. But in actuality, they take on a significant role in the lives of campers, creating a unique and important bond. They build respect and trust, and commit to creating joy and happiness. They introduce and interpret faith, often not in words, but in actions and accountability.

They point out the stars, and poison ivy, and where God is working in the world. They tell stories and may be the first people that children feel comfortable asking hard questions about faith. They create symbols of community over campfires and s'mores. They make a difference in the world by caring for the spiritual, mental, and emotional wellbeing of children and youth. They are the superheroes of the faith. 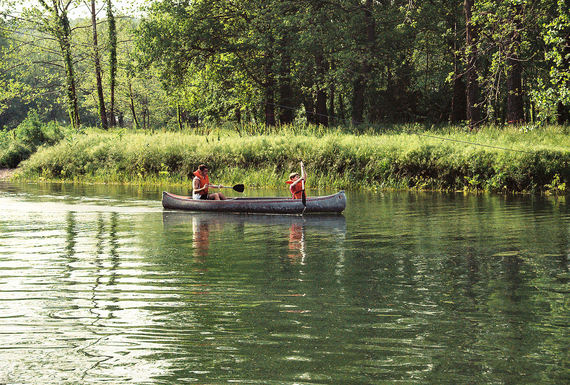 When I was talking about this to one of my sons who knows a lot about superheroes, he asked, "What are their superpowers? You have to have superpowers if you're going to claim to be superhero." He's right, of course. Camp counselors are superheroes because they...
•Don't require [much] sleep
•Are able to herd Cats (or in this case, campers)
•Cure homesickness
•Go without the praise they deserve
•Do things that the average grownup can't
•Are missed when they are gone
•Watch out and stick up for the vulnerable
•Reject arrogance
•Deflect credit
•Break down stereotypes and smash through barriers
•Do not tolerate whining
•Even everything out at the end of the day
•Disarm bugs (or at least the fear of them)
•Don't keep score
•Calm the fear that comes at night
•Teach people to leap
•Move campers beyond their fear
•Start fires and put them out
•Show up
•Can combine faith and fun
•Make things out of almost nothing
•Teach kids to swim
•Are enormously kind
•Can walk in the dark
•Are underestimated and underappreciated
•Are cool without having to act cool
•Inspire faithfulness

The rest of the story: NONEs and Camp Counselors

Whether through Facebook newsfeeds, the news, and word of mouth, we're constantly inundated with studies and stories about how more and more young people are leaving the church and their faiths. While this may be true, I believe camp counselors are in a unique position to change that story. It's easy to chalk up our society of non-believers or "nones" to a world without faith, to a world that's sure to fail. But this summer, there will thousands of young adults bucking that trend and championing the faith by living it out.

Camp counselors have the privilege of waking up in nature and getting to spend the day in the woods--they get to see God's creation firsthand. They get to dig into sacred texts and lean on their own relationships with the church and God. They're prepared for when things don't work out as they're supposed to--they experience firsthand the power of grace.

Grace Hack, a counselor at a Jewish camp in Colorado, said, "There something about how summer camp creates a space where it is acceptable to show emotion and vulnerability. Camp counselors are superheroes because they can care deeply about each other and their campers and stand up for their own integrity. Campers look up to their counselors for it. Camp is a space where community is emphasized on an ideological and practical level. The need for love and support is recognized and taken completely seriously by counselors and as a result campers themselves. Out of all this, spirituality feels important and accessible."

Camp counselors bring imagination and flexibility of faith to those who look up to them. They are superheroes who change the world and with each new reveille, horn, or bell that starts the day, they do it again and again.

Summer Camps that Change the World

Summer camp is one of the defining - but underappreciated - institutions of our culture. In order to lift up the important work camps and camp leaders do to foster faith formation and leadership development, we have launched Summer Camps that Change the World. Last year, we had a number of parents, counselors, campers, and community members write in and tell us about how their summer camp was helping to change the world. You can find those camps selected for the Class of 2015 Camps that Change the World here. To nominate a camp to be part of the class of 2016, please fill out the 2016 nomination form.