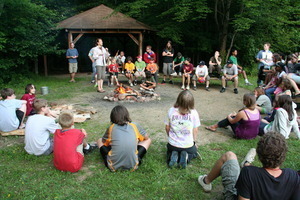 In the wooded darkness of upstate New York, a group of youngsters is gathered around a fire, taking turns reading ghost stories by flashlight. Giggling and shrieking into the night, they are enjoying a bonding ritual that has been reenacted at summer camps since summer camps began. But this is not your mother's summer camp. The author of this collection of stories, who sits in the circle of kids, is the celebrated investigator of paranormal claims Joe Nickell, a columnist for Skeptical Inquirer magazine and the author of Real Life X-Files and The Magic Detectives.

The tall tales are meant not only to tingle the spine but to tickle the cerebrum. Each story leads into a lively session of reverse engineering in which they try to figure out what went bump in the night and how -- with the guidance of Dr. Nickell, a trained folklorist and document examiner, former private investigator and professional magician, who leads kids through the methodology he employed when he investigated these very cases.

Nickell's approach to extraordinary claims is not to "debunk," dismiss and scorn, but to find out what is really happening and to empathize with those to whom it is happening. He is fond of saying that he's yet to encounter a genuinely haunted house, but he's met many haunted people.

Not Your Mother's Summer Camp

It's the end of a typical day at Camp Inquiry, a week-long residential summer camp held at Camp Seven Hills in Holland, New York, operated by the nonprofit Center for Inquiry, publisher of Skeptical Inquirer and Free Inquiry magazines and advocate for critical thinking in public affairs and personal life.

The Camp was founded in 2004, and since 2009 I have had the pleasure and privilege of directing it with a wonderful staff from around the country. The Camp this year will run from July 18 through 24. Campers range in age from 7 to 16. They come from all sorts of households, some secular, some traditionally religions, and others multi-faith. What they share is an interest in taking a reason-guided and evidence-based approach to all of life's questions.

Here, nature walks are Darwinian; every tug of war is potentially philosophical. Performances by magicians, mentalists, and escape artists are followed by workshops in which the audience is invited behind the veil of illusion to explore the psychological dynamics that make the art of deception possible. The week-closing talent show didn't feature renditions of the latest Beyoncé routine, but rather performances of campers' original musical compositions, which they created under the direction of a professional songwriter. That congregation on the lawn may be the start of a ball game, or it may be the award-winning physicist Lawrence Krauss leading kids in a mass modeling of the Big Bang and expansion of the early universe with their bodies.

The theme of Camp Inquiry 2010 is Young Minds, Big Questions. In a variety of activities throughout the week, we will grapple with questions like, "What are we?" "Where did we come from?" "Why are we here?" 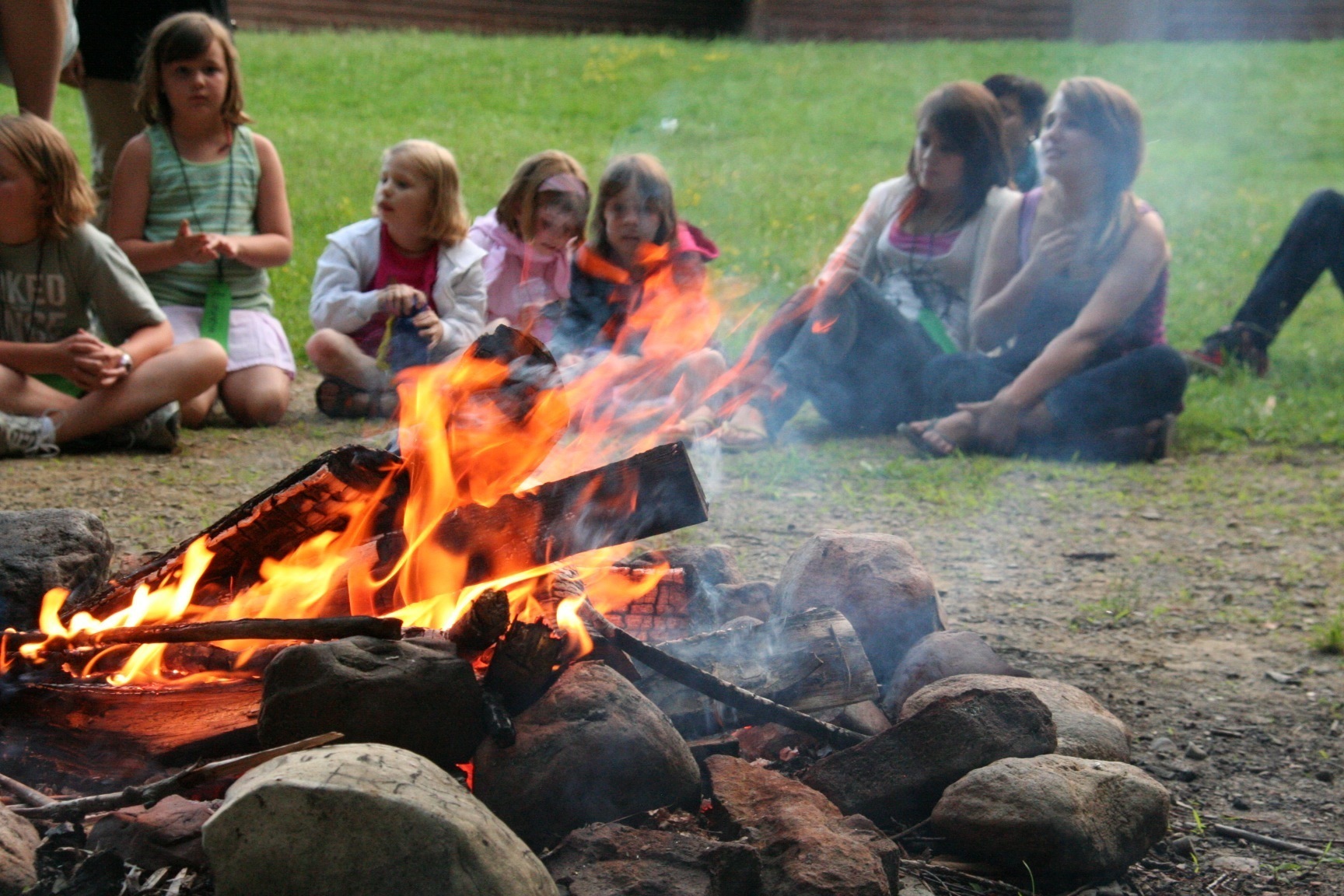 Our guides will be the historian and poet Jennifer Michael Hecht, author of Doubt: A History and The Happiness Myth; James "The Amazing" Randi, the legendary magician and creator of the James Randi Educational Foundation, which offers a million-dollar prize for anyone who can empirically demonstrate that he or she has paranormal abilities; Ben Radford, managing editor of Skeptical Inquirer and an investigator of lake monsters and sasquatches; Dale McGowan, an expert on parenting from a secular perspective; as well as a team of philosophy graduate students who will lead experiments in hands-on philosophy and ethics.

This is not Jesus Camp in reverse -- as some have suggested -- where we take aim at God and religion to the exclusion of other ontological claims. Neither does it welcome only children of atheists and secular humanists, as other secular summer camps do. The point is not for campers to arrive at any one set of beliefs -- or rather any one set of disbeliefs -- but to learn empirical and ethical methods with which to make up their own minds.

A Campfire in the Darkness

Our approach was articulated beautifully by Carl Sagan in the 1996 The Demon-Haunted World: Science as a Candle in the Darkness: "Science is more than a body of knowledge; it is a way of thinking." Sagan warned that

when the people have lost their ability to set their own agendas or knowledgeably question those in authority; when, clutching our crystals and nervously consulting our horoscopes, our critical faculties in decline, unable to distinguish between what feels good and what's true, we slide, almost without noticing, back into superstition and darkness.

Later this month, as campers and staff gather for the nightly campfire ritual, they'll share stories, doubt, and discoveries. No matter where the skeptical probing of these young people may take them, one tradition will remain beyond question: s'mores.