The U.S. Navy is asking government investigators to suppress information concerning the toxic water scandal at the Marine Corps' Camp Lejeune, according to a letter obtained Thursday by The Huffington Post.

The letter, signed by Maj. Gen. J.A. Kessler of the Marine Corps and dated Jan. 5, 2012, asks the Centers for Disease Control and Prevention's Agency for Toxic Substances & Disease Registry to withhold from a forthcoming report details about the whereabouts of water lines, wells, treatment plants and storage tanks on the North Carolina military base -- in the name of national security.

"The Marine Corps understands the need to share information with the scientific community," writes Kessler, the Marines' assistant deputy commandant for installations and logistics. "Prudence requires, however, that information sharing be within the rubric of responsible force protection."

Government watchdogs and environmental advocates said they interpret the letter as further evidence of a Navy effort to evade culpability for what many call the worst and largest drinking water contamination in U.S. history.

Congress assigned the disease registry to trace when, where and at what levels Camp Lejeune's drinking water was tainted with toxic industrial chemicals from the late-1950s to the 1980s. The research is a prerequisite for a series of health studies exploring links between chemical exposures and what appears to be increased levels of disease among former Camp Lejeune residents, including male breast cancer and childhood leukemia.

As part of its research, the disease registry must map the entire water system on the base, past and present. And for the findings to be credible, the registry must release all of the information, so other scientists can review or replicate the results. The Navy's pressure could stymie that effort.

"This is exactly what happens when you have one federal agency investigating another," said retired Master Sgt. Jerry Ensminger, the central character of a new documentary, "Semper Fi: Always Faithful," which tells the Camp Lejeune contamination story.

Ensminger added that the information the Navy seeks to suppress has been in the public domain for decades, including in print materials distributed by the Marines. "Anyone with Google Earth can zoom in on Camp Lejeune and see those red and white checkered tanks popping out of the housing areas," said Ensminger, who lost his 9-year-old daughter Janey to a rare type of leukemia. Janey was conceived at Camp Lejeune. 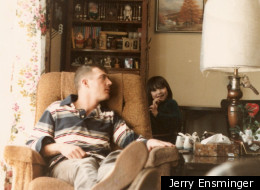 Ensminger and other advocates said they are concerned that the letter represents another maneuver by the Navy to cover up its actions and inactions, and to delay justice for the estimated 1 million Marines and family members who were exposed to contaminated drinking water at Camp Lejeune over 30-odd years.

As the documentary explains, base officials received multiple warnings from 1980 to 1984 that tests of the drinking water showed toxic chemicals including the solvents trichloroethylene (TCE) and perchloroethylene (PCE), and the fuel additive benzene. Yet the first contaminated well wasn't closed until late-1984, when the co-owner of an outside lab that had conducted three of those tests notified North Carolina environmental officials. By the end of 1985, 10 more contaminated wells had been closed.

The Marine Corps denies any delay or wrongdoing. TCE, a metal degreaser, and PCE, a dry-cleaning solvent, were unregulated by the Safe Drinking Water Act when they were discovered in water, Capt. Kendra N. Hardesty, a Marine Corps spokeswoman, told HuffPost in an email.

"The test results varied between drinking water samples collected at different times," Hardesty added. "Base officials were confused and unable to immediately identify the source of the chemicals."

Legislation is currently pending in the House and Senate that seeks to provide healthcare to Camp Lejeune residents suffering as a result of exposure to the contaminated drinking water. The Senate bill passed the Committee on Veterans' Affairs over the summer and awaits further action. Legislators are on the hunt for offsets to cover its $340 million price. The House version of the bill, named after Janey Ensminger, has yet to move out of committee.

For Richard Clapp, the Camp Lejeune controversy triggers a bit of deja vu. Decades ago, the cancer expert at the Boston University School of Public Health helped link well water contaminated with TCE and PCE to an unusual number of childhood leukemia cases in Woburn, Mass. -- a battle that became the basis of the book and movie, "A Civil Action."

He recalled his first thought when those same two chemicals "popped up" in the Camp Lejeune water: "Here we go again."

"The TCE levels found in the water there were way higher than in Woburn, or anywhere I’ve ever seen," said Clapp, who has also worked on studies of contamination at other military sites, including Upper Cape Cod. He now serves as an expert on the disease registry's Camp Lejeune community assistance panel.

The story of Camp Lejeune echoes the town of Woburn's. But in Woburn, environmental advocates were pitted against industry opponents. Plaintiffs for the Camp Lejeune victims face a government agency -- often relying on other government agencies. "Semper Fi: Always Faithful" lacks big-name actors like John Travolta, though the film's real-life characters including Ensminger are nevertheless compelling.

"We had a lot of concerns about following people who were going up against the U.S. Department of Defense," said Rachel Libert, the Oscar contender's director. "But these guys prove that an individual can make a difference."

She is also referring to Mike Partain, who was born and raised on Camp Lejeune and, at the age of 39, developed breast cancer. Partain has joined Ensminger in his crusade, helping to identify more than 70 other men with breast cancer who had lived or worked at Camp Lejeune during the years of contamination. 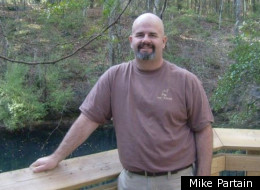 "Male breast cancer is very unusual," Devra Davis, president and founder of the consumer advocacy group Environmental Health Trust, told HuffPost. "It's a canary in the coal mine. There's no way in hell that you’d have as many cases as have reported thus far" by chance.

Tracking down all of the former residents of Camp Lejeune who may have gotten sick has been an extremely difficult. More cases will likely be uncovered by the Camp Lejeune health studies -- assuming the disease registry's water model produces the necessary data.

"Our biggest weakness is the fact that we are not concentrated at Camp Lejeune," Partain says in the film. "The people that were there were only there for a couple years and were gone. But as word of this gets out, that weakness becomes our strength, because we’re in every town across America."

Ensminger called Camp Lejeune the "tip of the iceberg." With over 130 contaminated military sites around the country, he said, "that makes the DOD the nation's largest polluter."

Libert said she understands this pervasiveness. "We have yet to be at a film screening in which there's not a local connection," she said, from a former resident of Camp Lejeune to a community member concerned about pollution at a nearby military base. "You start to realize just how big this problem is."

She said she hopes viewers of the film, available via streaming on Netflix and iTunes beginning Jan. 17, will take away that "there really needs to be more accountability over the Department of Defense and what they do to the environment here and abroad."

The 2012 National Defense Authorization Act tightens the release of information that relates to so-called "critical infrastructure," that might be used by terrorists. Language introduced by Rep. Carolyn Maloney (D-N.Y.) and Sen. Patrick Leahy (D-Vt.) narrowed what Leahy called in a statement, "overbroad exemptions."

“Information that does not compromise security and is in the public interest should be brought to light. Indeed, withholding certain information can endanger the public -- as evidenced by the water contamination at Camp Lejeune," Rep. Maloney told The Huffington Post in an email.

The Navy letter to the disease registry "is completely ignoring the new law on the books," said Angela Canterbury, director of public policy for the nonpartisan Project On Government Oversight. "The Navy, the department being investigated by the agency, is requesting that information be broadly withheld without specific authority under the law.

"This smacks of coercion," Canterbury added.

CORRECTION: A previous version of this article stated that base officials began receiving water contamination warnings in 1981. The correct date is 1980.