Campaigns, a new "virtual election" game, aims to connect players with real-world politics through a familiar environment: Facebook. The game launches on October 4, just in time for the midterm elections.

The game lets players launch their own for-fun campaigns against Facebook friends and challenges "candidates" to earn votes by several different methods. In standard mode, all players start out by running for "dog catcher" and continue to run for higher and higher offices until reaching the ultimate goal, President. One player can also challenge another to a race, in which the first player to reach 100 votes wins.

There are some "controversial elements" to Campaigns, founder Aaron Michel told The Huffington Post. Candidates may purchase votes, convince individuals to vote, or receive "donations" from friends. Another way to get votes it to create campaign videos using YouTube clips. The videos appear in the Facebook News Feed, with every "Like" counting as a vote.

"We're putting an addictive game into an powder keg of a market and the midterms are the spark," said Michel in a press release. "We're going to educate people about politics without them knowing that they're learning. Then we're going to give political parties the ability to reach and craft compelling messages to our players. It's a win-win opportunity."

Michel says that he and co-CEOs Matt DiVito and Vincent Palermo have reached initial partnership agreements with Democrats, Republicans and non-profits. The partnerships have not yet been made official, but Michel hopes the educational experiences and connections discovered through Campaigns will encourage "more and better candidates to run for office" in the real world.

View the screenshots from the game (below), check it out on Facebook here, then tell us what you think about this concept in the comments section. Would you participate in a game like Campaigns? 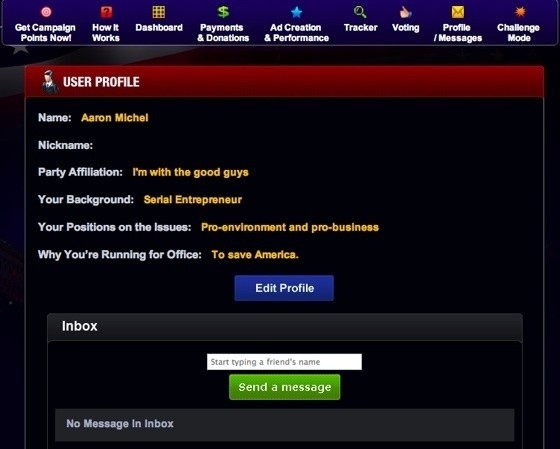 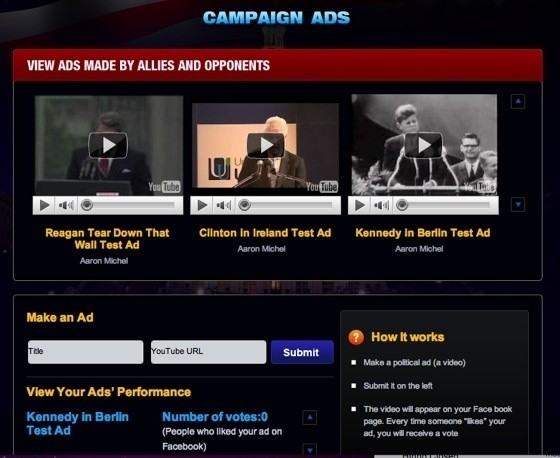 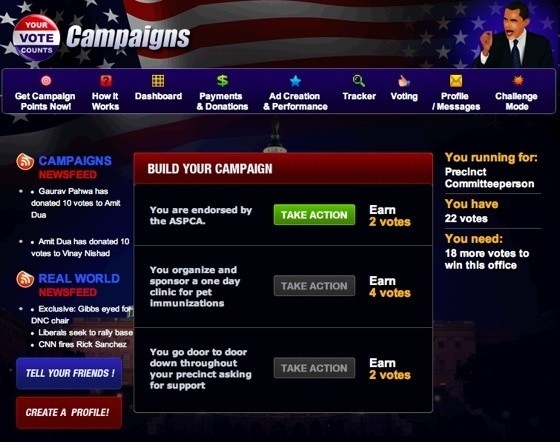