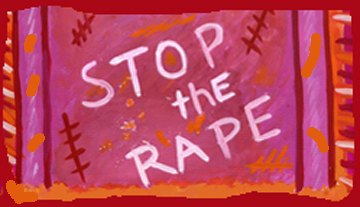 Students starting college this coming fall (as well as those returning) will be the first to benefit from the Sexual Violence Elimination Act (SaVE), which will require colleges to have "prevention and awareness" programs about sexual assault, dating violence, stalking, and domestic violence in place. (This including same-sex violence.) Well-defined campus conduct protocol for disciplinary procedures against those accused of such crimes must be formulated. Victims are required to receive "written information" that outlines their rights, the channels available to them for reporting incidents, and the protocol for disciplinary action.

Sen. Bob Casey (D-PA), who spearheaded the legislation that took effect on July 1, spoke with reporters by phone to discuss what he qualified as, "A development I think is very important."

The act was cosponsored by numerous Senators, and has been endorsed by twenty-nine organizations including the American Association of University Women (AAUW), Women of Color Network, and the Clery Center for Security On Campus.

There is an important backstory to the fight for protecting students from sexual violence. It dates back to 1986, when 19-year-old student Jeanne Clery was raped and murdered in her dormitory room at Lehigh University. Her parents demanded that colleges and universities furnish statistics about on-campus crime. They founded the Clery Center for Security on Campus in 1987, and three years later took the lead in pushing through the landmark federal legislation Crime Awareness and Campus Security Act in Congress. It was renamed after their daughter in 1991.

The Violence Against Women Act, enacted in 1994, now contains the Campus SaVE Act (Sec. 304 of S. 47) in the VAWA Reauthorization Act of 2013. Casey contacted the Department of Education with the request to get the SaVE Act put into play as soon as possible.

Stating that the SaVE Act was "the most significant update of the Clery Act in two decades," Casey spoke about additional changes he would like to see made. "I don't think this encompasses everything that needs to be done," he noted.

Implementation applies to all colleges and universities that participate in the federal financial aid program (Title IV of the Higher Education Act). According to the Department of Education stats from school year 2011-2012, that number encompassed 7,234 institutions. Failure to comply can result in hefty fines and loss of the school's federal student aid.

The plan is based on the template of Prevention, Reporting, and Response.

A key element underscored by Casey was the "Bystander Intervention" factor. He said, "Young men have to step up and help young women. Guys need to step in and show some guts. This is telling the whole community, 'It's your problem.' "

Concern for a victim's confidentiality has been highlighted, specifically in regard to the pursuit of changing accommodations and seeking protection -- such as changing a living situation or class enrollment. This enables the victim to have agency.

Casey acknowledged that the situation would not totally "change overnight," but that the "new provisions must be enforced and monitored." He defined it as a very clear reminder to schools, particularly those that were in opposition, "These are the rules now. You have to comply."

In order to hold violators responsible, Casey advocated for investigations to be held accountable by "professionals well-trained in law enforcement." He referenced the importance of "protecting people's rights on both side of this." Casey added, "This is not a place for amateurs."

The December 2014 report issued by the U.S. Department of Justice, Rape and Sexual Assault Victimization Among College-Age Females, 1995-2013 found that, "Rape and sexual assault victimizations of students (80%) were more likely than nonstudent victimizations (67%) to go unreported to police." Hopefully, the Campus SaVE Act will enable and support young women in protecting their rights. As Casey emphasized, "Just because it's on a college campus doesn't mean it's less grave."