Inspired by the success of organizers at the University of Missouri, students are rising up in anti-racism protests at their institutions across the nation. The awareness of structural and physical violence against African Americans--in particular--has reached a point where students are not going to take it any more. 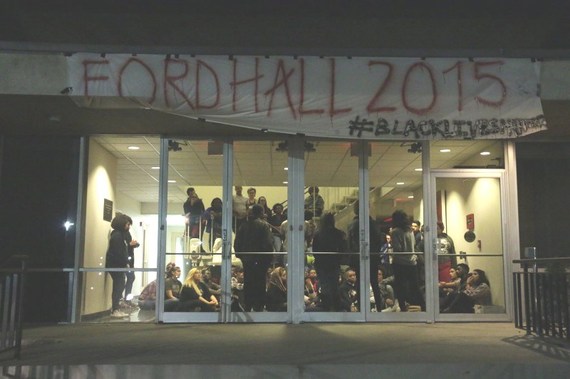 On November 12, at Brandeis University in Waltham, MA, 300 students marched in solidarity with the students of University of Missouri and occupied the Campus Student Center. One week later, on November 19, they marched to the office of interim President Lisa Lynch and issued a list of 13 demands, holding the administration accountable "to analyze and address the ways in which social, cultural and economic inequalities affect power and privilege in the larger society and at Brandeis itself." These demands include: increasing the numbers of Black faculty, staff and students on campus; altering the curriculum across all schools to promote "awareness and inclusion;" hiring clinical staff of color within the Psychological Counseling Center; and increasing the minimum wage for all university staff to $15/hour. Students are occupying the Bernstein-Marcus administrative building until an action plan for meeting the demands is agreed upon by all parties and published.

It might be tempting for some to dismiss these student efforts as the product of youthful idealism and naiveté. After all, protests were held in the 60s, and where did they get us? They got us African American, Latin American, Asian and Native American Studies departments, Women's Studies, diversity officers, affirmative action, funding for student events and groups related to cultural minority issues, and all kinds of awareness and equity-building practices that helped integrate campuses and improved learning for all. Alas, many of these gains have faded in the last decade or so, impacted in part by challenges to affirmative action. And as college costs rise ever higher, a degree is out of reach for many qualified students from low-income backgrounds.

As a university professor myself and as the mother of a Brandeis student, I am heartened by this burst of student activism. The Brandeis administration is presented with a profound opportunity to live up to its mission of social justice and interdisciplinary learning by meeting these demands. Brandeis administrators should grasp this opportunity to assert its leadership among peer institutions. This new wave of intensified campus activism is an opportunity for all campuses to live up to the United States ideals of liberty and justice for all. 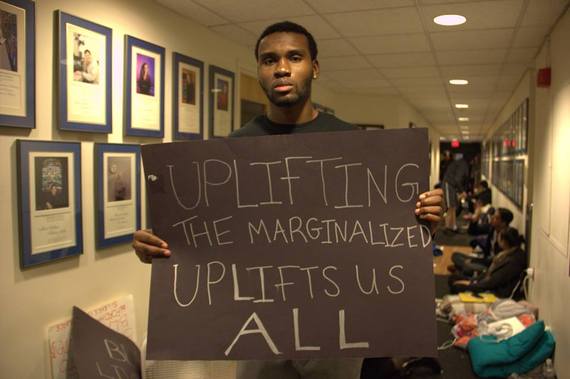 The Brandeis Student of Color demands are far-reaching, addressing the needs of campus workers as well as students. They understand their struggles are part of a broader battle for justice for oppressed people in the United States and around the world. In fact, one of the Brandeis protest organizers, senior student Bronte Velez, explicitly connects their action to the anniversary of the shooting death of 12 year-old Tamir Rice exactly a year ago:

"As we occupy Brandeis University's administration building, holding this institution accountable for their injustices in our demands for equity, we carry Tamir and his family with us. We carry all of the premature deaths of Black lives with us as we stand in community for justice; not only for the Black folks on this campus but everywhere in the larger diaspora. We are tired of asking what morning, what afternoon, what night, what traffic stop, what sidewalk, what neighborhood, what campus, our bodies will be used as weapons or become them. We are tired of death. We demand the fullness of life today!"

I wish for all students at Brandeis and around the country, and those who work on campuses and those who long to partake in the American Dream of college but whose dreams remain out of reach--the "fullness" of life that Velez so poetically names; the "fullness of life" that comes from an education, from justice, and from fairness. These protests make me hopeful about the future of our country. Embedded within protests is optimism--that change can happen. With their energy and determination, change is gonna come. March on! 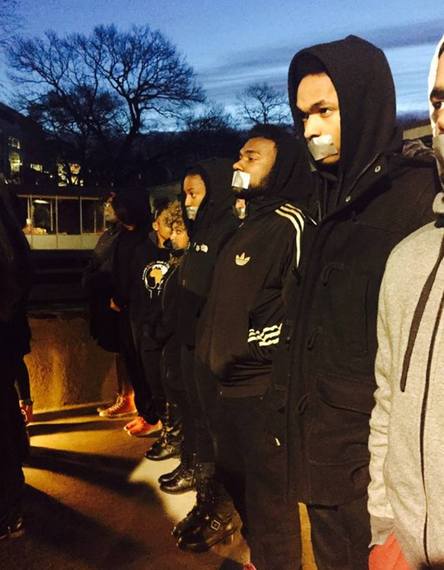