How can it be that the star of the Oscar winning Best Picture of the Year, a little nine year-old girl, can be fated to be sold to the highest bidder by her poverty-stricken family? The movie has made $326 million so far -- how can she still be living in a shack?

The British tabloid News of the World is standing by the detailed story they broke about the father and brother of "Slumdog Millionaire" child actress Rubina Ali demanding $400,000 for their "Oscar child." Though the father is now denying that he tried to sell his daughter, he's been arrested by the Mumbai police and a huge uproar has ensued. 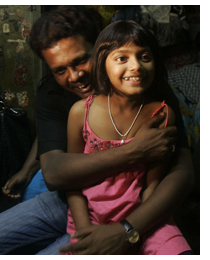 where Rubina lives in the sprawling slums, have reported that her biological mother, Khurshid, got into a physical altercation with her daughter's stepmother after the story broke. She is now demanding custody of her daughter. Meanwhile relatives of the father, Rafique, explained to The Times of India: "Why will he sell her? She is going to earn so much more? Does anyone sell a cow that can still be milked?"

"Cow that can still be milked," " golden goose," "Oscar child." That is what this little girl is to this family. It sounds awful on this side of the Atlantic, but apparently selling children goes on all the time in India, although for A LOT less than $400,000.

"You have to understand that families can easily get into desperate situations," Carolyn Boudreaus, the founder of The Miracle Foundation, which operates four orphanages in India, tells me. "We've had parents give up their children to us because they couldn't afford to pay for food. We've also had to 'buy' children out of indentured servitude. They had to work to pay off their parents' debts. We bought one boy his freedom for $17."

The news that Rubina Ali could have been sold is a huge story in India because the little girl, despite returning to live in her slum home, is a HUGE star.

"People in India are horrified and concerned," says Boudreaus. 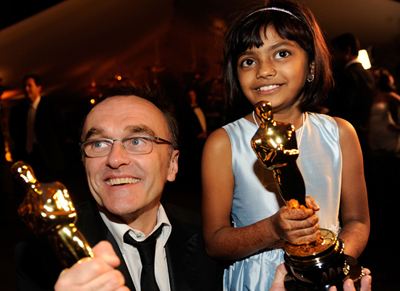 About the only person in this uproar who hasn't expressed his horror and concern publicly is genius "Slumdog Millionaire" director, Danny Boyle. An email to his office asking for comment went unanswered.

Listen: I know that supposedly he and the movie companies involved are paying for Rubina and her young impoverished co-stars to attend school -- though it's not considered a top school in Mumbai -- and there are trust funds that have been set aside until they are older, but this isn't enough.

A $326 million intervention has already dramatically altered their lives. 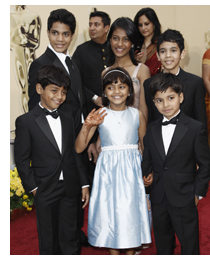 You can't take children from a planet of deprivation, walk them down a red Oscar carpet, bring them as guests to the Vanity Fair Oscar party, have them toasted by all of Hollywood, and then send them back to live with their families in squalor. Is it really surprising that little Rubina's father wouldn't be tempted to cash in on his meal ticket? Apparently he is known by locals to also have a drinking problem on top of his poverty problem.

And it's also not really surprising that it's Rubina, and not her young male co-stars, who was being sold. Females don't have the same value as males in the country and the results are deadly. There are far fewer live births of female babies in India -- 927 girls for every 1000 boys. One out of six girls doesn't live to see her 15th birthday and every 6th girl child's death is due to gender discrimination, according to CRY: Child Rights and You (a non-profit aiding children in India).

Will little Rubina live to see HER 15th birthday? Authorities in India are investigating the situation, but it sure seems like a little more of Boyle's attention and box office bonanza needs to be redirected to making sure his young stars aren't victimized and that they get the opportunities that the movie's fictional star slumdog millionaire earns when he wins his million.