For men and women coming out of and currently inside Chicago jails, the nonprofit nondenominational Christian ministry Mission USA is answering their questions. Every week Mission USA has a service they call The Bridge. People from street gangs, people coming out of prison and pastors and members of local churches attend the service. The tagline of the organization is "From the streets. To the bridge. To the church." The goal is to connect visitors to the Bridge to an active, healthy faith community long term.

According to a 2011 national study by the Pew Center on the States, there are over 45,000 men and women serving time in Illinois state prison and more than half of them will end up back in prison within three years of being released. The emphasis on getting former inmates connected within a Christian community exists partially because being plugged into an active, healthy body of believers is one way to potentially decrease a person's chances of ending up back in jail.

Greater criminal risk and growing emotional/psychological risks are two top factors that increase odds of recidivism according to a study by the National Institute of Justice.

While they don't say it outright, The Bridge works to decrease chances of recommitted crimes as well as decrease emotional risk. They do so through relationship building centered on faith. This fellowship starts at The Bridge service and continues once men and women coming out of prison are participate in a local church.


At The Bridge, people are greeted at the door and given a good meal. There is worship, and a sermon followed by discussion revolving around what former prisoners are wrestling with internally. Mission USA works to bring individuals into a relationship with God. For some Bridge attendees, their newfound Christian faith adds a new element to how they approach their circumstances which are often major ethical scenarios.

For instance, one man was sexually abused and knew the guy who committed the crime. He wanted to confront the guy but feared he would do something he regretted. He asked the Bridge community what the Godly thing to do was.

In another example, a man who has been locked up before wonders about the things he could do to make money that he shouldn't be doing. He confesses his desire to the Bridge community and gets their counsel on what he could do for income instead.


"We talk about something they lived out. It's not based on academic ideas," says Jed Brewer who is the program director for The Bridge service, which is where he hopes people have an authentic, free, positive experience. One major hindrance to that experience is the struggle for men and woman coming out of prison to believe that anyone wants them around.

Brewer has never had a person come out of prison say they don't believe in God. But every person asks, "Why would God have any interest in me?" From his perspective, they are buying into the false belief that God doesn't care about them.

"We break down that impression that they are not wanted," says Brewer who boils his ministry approach down to three points. They are keep it loving, keep it basic, and look for a lie to lovingly dispel through counseling.


Success at The Bridge boils down to single changed lives. The hope of the organization is that they have seen their efforts work. Other Mission USA ministry efforts include education and providing job seeking resources and clothing.

Brewer says, "We see people who have no hope. Whose future seems like nothing but destruction. Today they are good husbands, fathers, mothers, pastors and teachers. They went from addicted to cocaine to holding PHDs.

Can A Community Of Faith Decrease Recidivism?
The Bridge Service 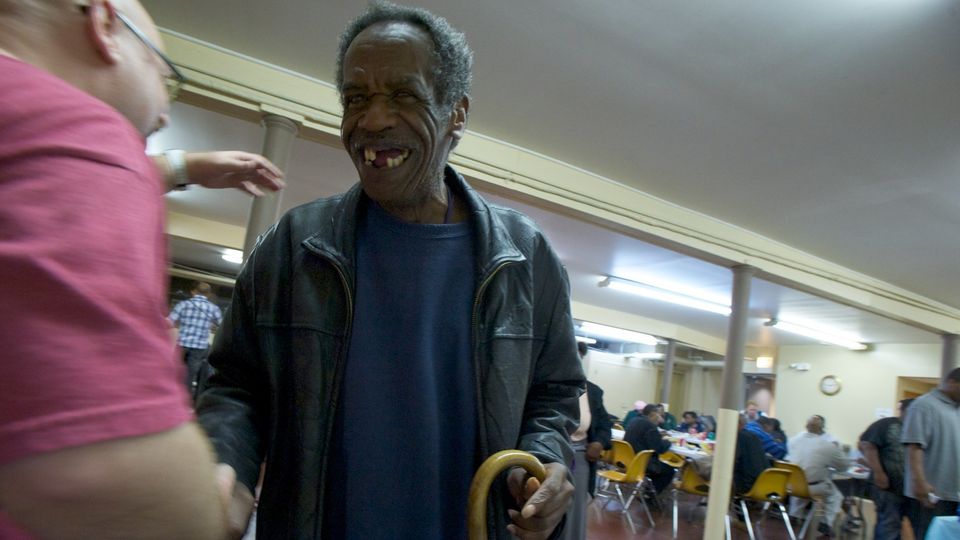