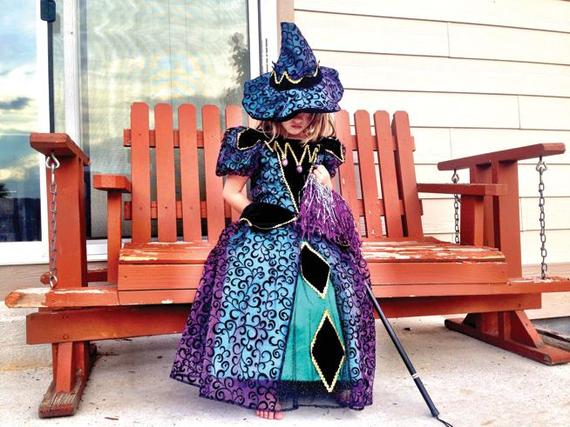 Last year, my daughter had three Halloween costumes, one cuter than the next. A butterfly princess, a fairy princess and, the ubiquitous uniform for all 4-year-old girls, Elsa.

Something has changed with her in the past year.

About six months ago, Bettie Anne, now 5, began asking if it was Halloween yet, much like most kids do for Christmas. She already knew what she wanted to be: a witch.

I was so proud of her.

I remember the year I grew out of wanting to look cute or beautiful for Halloween. Age 9. A vampire.

I still can feel the thrill in my chest at the idea of putting in those fangs and dripping fake blood down my chin. The freedom in not having to look pretty, and moreover, not wanting to. I wore a long, baggy, jagged black dress and thin polyester cape. I had never felt more incredible.

Then I walked into my classroom. (This is back in the ancient times when kids got to express themselves in school.) Immediately, my stomach lurched when I realized every other girl was dressed as a princess, a bride or a princess bride. My ugly evilness was alone. I had truly become the freak in my fantasy.

I took a few brave steps into the room. Suddenly, I felt protected, underneath my white face paint and cape and terrible Count Chocula accent. By embodying something mysterious and scary, I felt power. Not fear, but strength.

For one day, death itself was not as mysterious and scary. I played around with it, in my fantasy, in a safe way, in the way my young mind and heart desperately needed, to make sense of my own mortality.

You see, this was just a few weeks after I lost my best friend, my long-haired cat, Mischief.

My Mischief. He had slept on my pillow and perched on my shoulders like a parrot and wrapped his tail around my forearm as if he was holding my hand.

I needed that costume. It was part of my processing, even if I didn't make the connection until many years later. I stepped right up to death and painted it on my face and tied it around my neck, and I was OK.

Something had changed with me, but it was not traumatic. It was an encounter with a deeper layer of life: at first, loss and grief, but underneath that, concepts of spirituality and a new feeling that maybe there was more to connection than the physical body. Maybe I would see my Mischief boy again.

Bettie is lucky. She got to learn this earlier than I did. She was 5 when we lost both of our dogs a few days apart. It was a few weeks later that she began asking if it was Halloween yet.

She had her deep purple witch hat and dress picked out since the summer. And a leash, for her pet werewolf (her good sport father).

This witch walked a dead dog. She was not afraid.

This Halloween, I hope Bettie felt beautiful and ugly, innocent and evil, powerful and mortal. I hope that, for one day, she felt undefinable -- and that somehow brought her closer to peacefully walking through this weird world.

When the trick-or-treaters came to our house, her costume had another component: a real, live black cat, whom we adopted after our dogs died. Booboo (yes, like a ghost) went perfectly with the witch.

That is, when she could extract him from my shoulders, where he sat like a parrot, and unwind his tail from around my hand, where maybe it never quite let go. 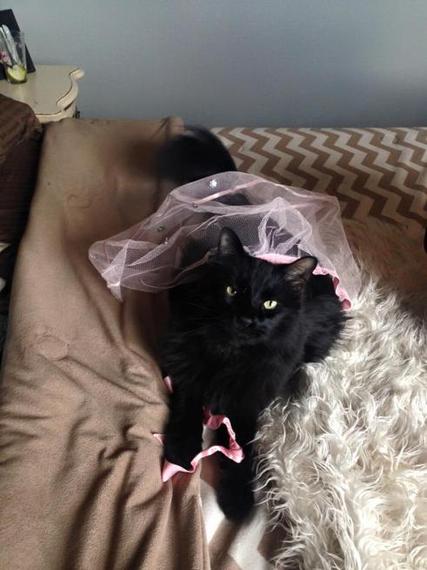 This article originally appeared in the Boulder Daily Camera. Read more articles from the strangest city in America, Boulder, Colo., at dailycamera.com.