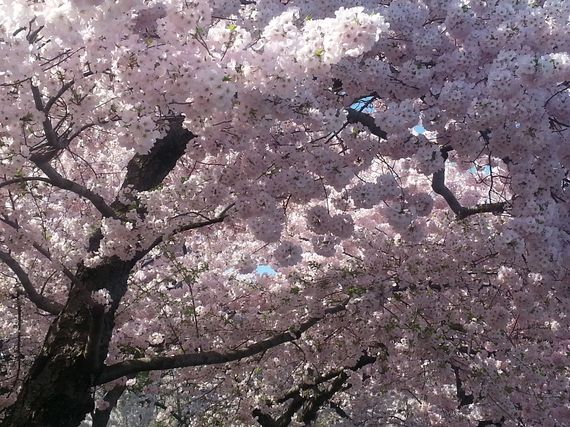 When you've rooted around in the dating and sex worlds as a woman, as I did, you learn a few things.

When you're a female author who decides to turn to fiction it gets complicated when you intend to reveal passions of characters on the page, not just hint that characters have sex somewhere beyond shadow images and fading music.

When you're a feminist it gets even more interesting. Harlequin went a long way to starting it all for romance writers but for a feminist wanting to tell the story of modern women you have to look beyond.

What it took to sell romance novels is, however, instructive because of what a brutal marketing world, from traditional to social media and Facebook, you'll have to traverse to succeed today.

Other promotional ventures done on a contractual basis include a complete romance published in Good Housekeeping that was followed by a coupon the reader could send in to receive a free Harlequin; a romance packed in the large-size box of Kotex feminine napkins and Bio-Ad detergent; romances given away to customers at McDonald's restaurants on Mother's Day; romances given away with purchases of Avon products and Jergens lotion and a free romance given in exchange for a coupon found on the bottom of Ajax cans. - Kelly Faircloth [Jezebel]

To make it easier for women to write about relationships and the lives of characters in sweeping novels of all types someone in the Mad Men era concocted the genre of romance novels. Today it's a $1.35 billion business. That's not including film options like the one E.L. James pulled off for "Fifty Shades of Grey," which was nominated for several Razzies.

My first foray into writing dirty fiction didn't go so well because my audience was literally millions of men. Writing on one of the first big sites to make money, featured on the front page of the Wall Street Journal, as well as inside USA Today, where I was managing editor in a company run by women, my male audience wanted something that I couldn't replicate.

When I decided to turn to writing my first novel, Below the Below, the audience I was sharing my fictional story with was now women. It is an adventurous love story, with lots of twists and danger, about of how women experience and integrate our life, work, relationships, and, of course, sexual intimacy.

The romance requirement for "happily ever after" needed to have a rewrite for my modern way of thing. Something I could relate to as someone who'd spent most of my life happily single and crazy about men.

As a writer, the focus for me was on the story, the relationships, which demanded characters that live full lives. That meant they have corporeal passions that drive them as much as anything. It meant the lead female character was strong, independent, and brave.

But when a woman writes romance how serious can she be?

I've been a political writer for a long time, and back in the '90s was Relationship Consultant for the LA Weekly, too, helping people find their soul mate. It led to 10 years rooting around in the dating and sex worlds.

After I wrote "Romance or 'Dirty Fiction'" over on my Facebook author page I had to smile at this article on Bustle.

What about those who are more literary inclined? Not everyone wants to pick up a romance novel when they're in the mood for a sexy read -- not that there's anything wrong with romance novels. Luckily, the literary world is positively dripping with books that are probably way dirtier than you ever realized. To celebrate this, I've compiled a list of 11 literary books that might just surprise you with their sexiness. From the French revolution to the swinging '70s, and even including a book that became infamous thanks to a certain president's infidelity, these books are guaranteed to speed your pulse... or at least surprise you.

"A sexy read... way dirtier than you ever realized" literary entries don't genuflect to the artifice of appropriateness. They're simply teeming with life.

From a Guardian column from July 2015 took on the question too.

I've been warned off topics and artistic leaps my whole career, but I am continually brought back to the subject of risk, getting beyond my comfort zone, and writing what I know. Relationships, sex, dating, and what it's like to be a modern woman who loves men, but preferred to be unmarried for most of my life.

Writing romance became irresistible when I was invited to the Baltimore Book Festival, one of the largest events for authors in the region. Through all my work learning to understand the genre before I even began, I kept thinking about Henry Miller, Anais Nin. How what they wrote mattered. Their renegade natures were on the page for all to see.

As a lifelong artistic force, the challenge was worth all the work, as well as the shade that comes from being a woman who now writes romance.

Taylor Marsh is a political writer and cultural voyeur. She was profiled in the Washington Post and the New Republic for her reporting on Hillary Clinton during the 2007-2008 election cycle. Her first novel, Below the Beltway, debuts on February 3, 2016.