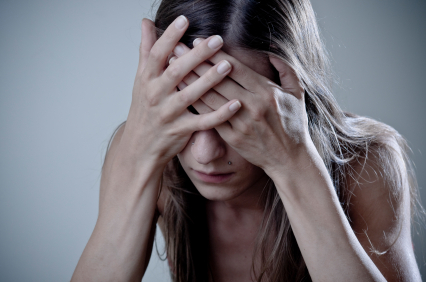 With horrifying allegations surrounding Rachel Dolezal's family, the subjects of physical and sexual abuse have been making headlines once again. If you've followed my work, you know I've worked hard to educate people about the dynamics of abuse. But there's an aspect of it that gets far less attention than it should -- even within survivor communities.

Recently, I was interviewed for a piece on emotional abuse -- an important and all too often neglected topic. One reason it's so often overlooked is that there are no laws against name-calling, putdowns, and mind games, though there should be. Broken legs arguably mend far more easily than broken selves. But the fact that legislation ignores the danger of emotional abuse seems to mirror the way our society, in general, appears to look the other way.

One question that emerged during my interview was, "Is it possible to not realize you're being emotionally abused?"

And the answer, terrifyingly, is yes.

One of the most dangerous and insidious forms of emotional abuse is something called gaslighting, a term inspired by the stage play Gas Light, in which a husband manipulates his wife into thinking she's insane by moving things around and literally dimming the gas lights, then telling her she's seeing things or "mistaken" when she notices the change.

Why would anyone do such a thing?

Gaslighting is shockingly common with extremely psychopathic narcissists (aka malignant narcissists), who thrive on controlling others and feeling powerful, but sometimes, sadly, gaslighting is simply a re-enactment -- a horrible echo -- of the perpetrator's own abuse.

Posttraumatic Stress Disorder can do terrible things to children who never process their traumas; they can grow up to become abusers to ward off, consciously or unconsciously, terrifying fears of becoming victims again.

Years ago, I worked with a man, Jay, 42, who didn't even recognize that moving objects around and lying about having done so was sadistic and not simply a "prank." The habit went back to his childhood. "My mother pulled stuff on me all the time," he said matter-of-factly. Once, when Jay was 8, after days of lying about having moved a book my client loved, his mother, unrepentant, finally admitted, "Of course it was where you left it dear! I was just having fun."

He grew up to become a man who often played the same "pranks" on his partners -- except, unlike his mother, he rarely confessed.

One day he told to me, "At least no one can ever pull the wool over my eyes -- ever again."

As if by controlling the reality of someone else, he never had to worry that someone might control his, the way his mother had with him.

Thankfully we seem to be waking up to the problem of emotional abuse.

Within days of my interview, I was asked to review sample chapters from an excellent book by an expert on emotional abuse, Carol Lambert MSW, who's run recovery groups for nearly 25 years.

I wondered what someone's who's spent her career studying emotional abuse would name as the five most common red flags she's encountered. She had no trouble rattling them off:

Added Lambert, "Emotional abuse hurts deeply. You always end up feeling worse about yourself than you did before the relationship started. Take it seriously... you're worth it!"

I'm glad to see more of an effort to understand the dangers of a form of abuse that even the court system remains oblivious to.

All abuse has a legacy. If we want to end emotional abuse, we can start by educating people about what it is and how it works.

To learn more about dangerous narcissism, including specific, research-backed strategies to protect yourself from it, order Rethinking Narcissism today.

Sign up for my newsletter, for more tips and advice, as well as information on my book, Rethinking Narcissism: The Bad--And Surprising Good--About Feeling Special, devoted to understanding and coping with narcissism in all its forms, in our friends, lovers, colleagues-and even ourselves. Harperwave and Harper UK, July 2015

A version of this post originally appeared on Dr. Craig Malkin's blog