The United States chess team may embark on a journey reminiscent of the golden past. Three extraordinary grandmasters -- Fabiano Caruana, Hikaru Nakamura and Wesley So -- are rated in the World's Top Ten. They are young, hungry and very good. And they will be eligible to play in next year's chess olympiad in Baku. Can they recreate the glory of the U.S. teams from the 1930s? 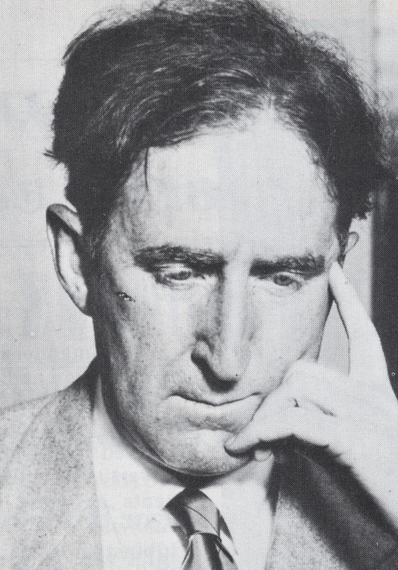 In the 1960s Bobby Fischer began to play in the olympiads and the U.S. team won silver medals in 1960 and 1966. The executive director of the U.S. Chess Federation Ed Edmondson not only initiated Fischer's drive for the world title, but he also believed that America can fight for the olympic gold.

On my way to the United States in the summer in 1970, I played a strong tournament in Caracas. Among the participants were the three-time Soviet champion Leonid Stein, the World Junior champion Anatoly Karpov, the Candidates Oscar Panno, Bora Ivkov and Pal Benko. I started the event with a Czechoslovakian flag on my table, but Edmondson called the organizers and asked them to change it to the Stars and Stripes. He wanted to make sure I would be eligible for the 1972 olympiad. The episode became part of chess trivia: I began the tournament as a Czech, but won it as an American before officially setting foot on U.S. soil. 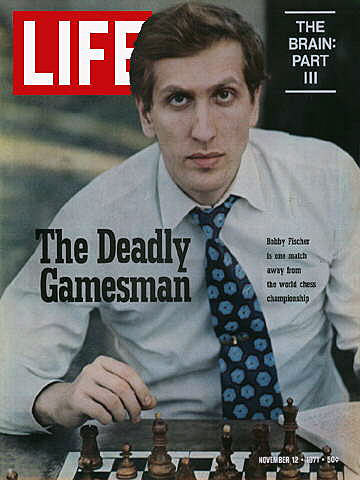 Fischer became the world champion in 1972. The match with Spassky in Reykjavik made the game popular not only in the United States, but around the globe. His victory also generated interest among corporate sponsors as I wrote in New In Chess (6/2012, p. 68):

The Coca-Cola company offered $100,000 to the U.S. chess olympiad team on condition that Fischer takes part. Bobby would get $50,000 and the other players $10,000 each. The last night before my departure from Reykjavik I told Bobby that I can either play at the olympiad in Skopje or in the tournament in San Antonio, but not in both. "Go to Skopje," he said. "I'll be there."

It was his adrenaline talking. We analyzed together from the Game 13 till the end of the match and I noticed how Bobby was getting more and more tired as he was inching towards the world title. Everybody involved in the match was exhausted after it was over and the olympiad in Skopje was only two weeks away. Fischer didn't show up and I ended up playing the top board. 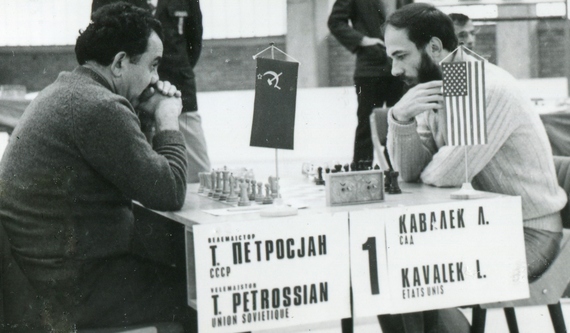 The Coca-Cola sponsorship was scrapped, but other sponsors showed up. The most amazing was the KLM announcement. 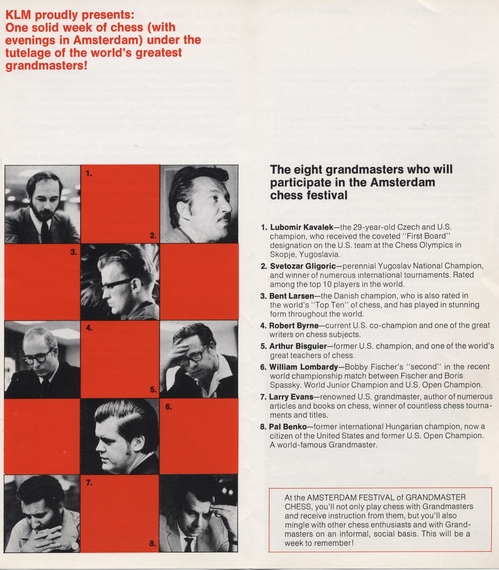 Why the Dutch airline decided to bring the top American grandmasters to Amsterdam to teach chess was incomprehensible. After all, the Dutch had a rich chess tradition. It looked like heresy.

I never played with Fischer on the U.S. team. We did not fulfil Edmondson's olympic dream. I finished my career with one gold and five bronze medals. These six team olympic medals were the most by any of the 63 players representing the U.S.A. throughout the years according to Wojciech Bartelski's Olimpbase. I played with 19 wonderful teammates, but often wondered how different it would have been with Bobby on the top board.

With Hikaru Nakamura, 27, and the new additions of Fabiano Caruana, 22, and Wesley So, 21, the U.S. team has three players rated in the Top Ten on the FIDE June rating list -- the most of any country. They are young and can fight for the gold medals not only in the next year's chess olympiad in Baku, but in years to come. Ray Robson, 20, and Sam Shankland, 23, can complement the team and the solid veteran Alex Onischuk, 39, can still be very useful. 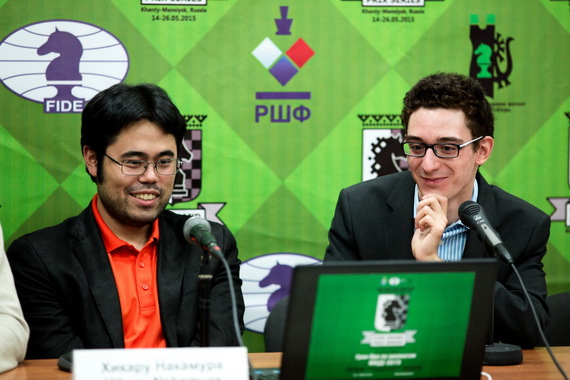 Moreover, Caruana and Nakamura just qualified for the 8-player Candidates -- the last event to determine the challenger for the world champion Magnus Carlsen. They overcame the last minute challenge of Dmitry Jakovenko in the last FIDE Grand Prix event in Khanty-Mansiysk, Russia.

The Russian grandmaster needed to gain a half point more to finish first alone and to unseed Nakamura. Jakovenko's best chance came against Boris Gelfand, but the Israeli grandmaster outfoxed him in a lost position and saved the game in a spectacular way. 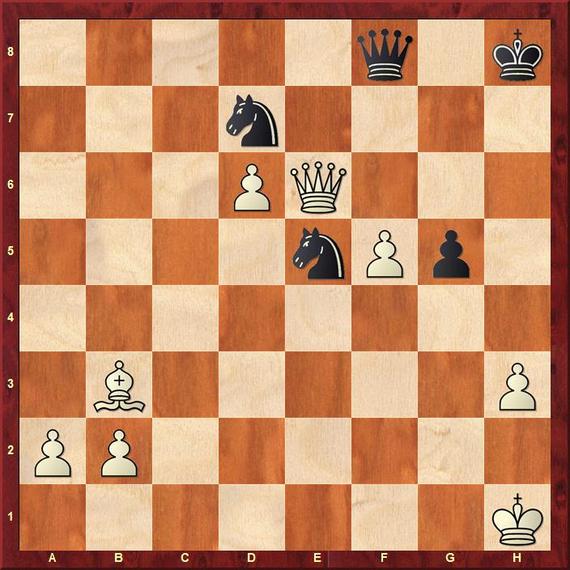 Gelfand could have played the objectively best move 45... Kg7. Instead he went for a desperate, but tricky counterplay, sacrificing a knight. 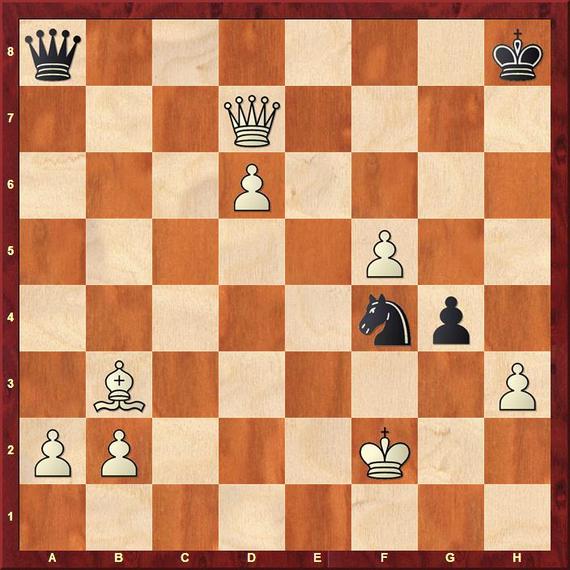 For the moment, the black knight blocks the diagonal a2-g8, but Jakovenko will be forced to take the horse in a few moves. 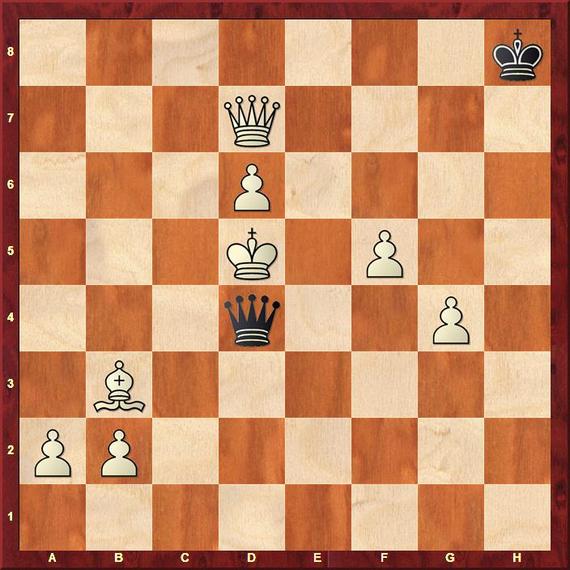 Images by Kirill Merkurev and from Wikipedia.