Music app-maker Smule Inc. made the news for suing two ex-employees - Michael Allen and Mark Godfrey - that left to found their own start-up 'Shred Video'. Smule says the new company is built on proprietary and confidential information, while Shred asserts the allegations are groundless, and this is simply a harassment suit. 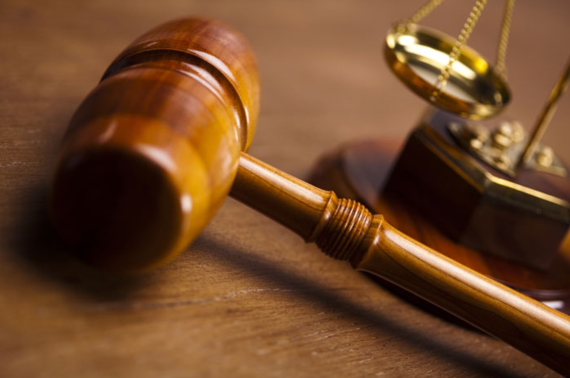 The merits of each side's story are debatable, but this case struck a chord with a lot of people understandably put off by the prospect of a start-up's founder getting sued by an old employer. And, as there are plenty of budding entrepreneurs with day jobs, many are trying to figure out whether they'll be facing a similar situation. As with most answers to legal questions, nothing is black and white, but you can start to assess potential problems by looking at your contract; finding any relevant clauses; and drawing hard lines between your work, and work done for your employer.

The Enforceability of Non-Compete Clauses
Businesses within states that allow Non-Compete Clauses (NCCs) happily use them. But a non-compete clause can only go so far. Courts rationalize enforcing NCCs only as far as needed to protect the employer, limiting their applicability to specific jobs and markets. An overly-broad clause banning you from ever working for anyone, or starting a business, in any remotely related industry is very likely unenforceable.

Currently, California boasts the strictest limit on NCCs - they're illegal unless attached to the sale of a business. Other high-tech states, like Washington, are considering following suit. NCCs, in the eyes of those arguing to ban them, stifle creativity, and when start-ups are bringing a ton of money into the state, the government wants to help them as much as possible. But even if you live in a state without a NCC, or never signed one, you could still be sued for starting your own company if its built on proprietary information.

Confidentiality and Intellectual Property
Proprietary knowledge is the crux of the Smule dispute. Smule believes Shred, the company started by two ex-employees, is built using using Smule's information and, possibly, intellectual property. Obviously, you can't walk out of the company with a client list, or a copy of proprietary code, and then use it to start a business. But the complaint goes beyond alleging intellectual property theft; relief is built into a violation of contract. A confidentiality agreement that Godfrey and Allen signed prohibits them from ever using proprietary information for the benefit of any business but Smule.

Confidentiality agreements don't just punish for IP theft; they punish for simply using knowledge of proprietary information to help another company, like one you create. The information doesn't even have to be of trade-secrets - the language of most agreements is broad and covers pretty much any information related to the business of the company, including processes and know-how. So, if you found a new company in the same industry as your old boss's, what separates your knowledge and expertise from the company's information? That's hard to say, especially if that knowledge partly came by working for that business, but if it's something you could arguably learn from any other business in the industry, you may have a better chance at proving you didn't violate a confidentiality agreement.

Using Company Property and Time
A company laptop forms a significant part of Smule's claim. After Godfrey and Allen left, both had to certify they returned all company property. Godfrey occasionally used a company laptop, and Smule regularly backed up the computer's hard drive. After Godfrey left, Smule found a part of its code repository was checked out to Godfrey's laptop and, when they tried to get the code back, they found Godfrey encrypted data in the backups. After the suit was filed, Godfrey surrendered the laptop to his attorney and it was entered into evidence. But what did, and did not, happen on that laptop is disputed. Godfrey asserts Smule's engineering team actually asked him to hold onto the computer, and access to the code, in case they needed some support, and Smule believes Godfrey used their property to build Shred.

Obviously, you have to tread extremely carefully when you're planning to found your own start-up while still employed. An irate ex-employer is going to look for any proof you violated the terms of your employment, like by holding onto company property after termination. Separating your work as an employee from that as a start-up founder is clearly important. So try not to do any work for your company while on the clock, or when using another business's property.

Most employers are, honestly, thrilled when their employees strike out on their own. Smule's founder has even invested in start-ups created by ex-Smule staff; though none overlap with Smule's market. But if you're looking at starting a company in a similar industry as your employer, you need to make the break as clean as possible. Know the terms of your contract - including any NCCs or confidentially agreements - forwards and backwards. And only use company time and property for company work. Those clear, demarcated lines are vital to fight the sort of allegations that could derail your start-up before it is even off the ground.