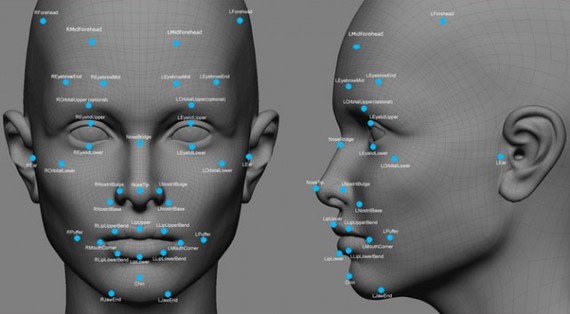 Not long ago, I remember watching a movie called Minority Report. Released in 2002, it is a sci-fi movie set in 2054 where law enforcers use special abilities to see the future and prevent and punish criminals before the actual crime is committed. Needless to mention, if such a concept were to be realized in the real world, every law-abiding citizen would be benefited greatly as crime rates would be reduced to a zero. In 2016, the concept is intriguing and still very much in research, although we are still far from realizing such a perfect world.

The rules of history might, however, be rewritten as a new tech startup by the name of Faception claims to have developed an algorithm that can help track down potential threats to society by simply looking at their faces. By analyzing a person's face, the software is capable of determining whether the said person possesses certain genetic traits that make him a suitable candidate for criminal activity. The software can thus identify potential terrorists, sociopaths, white-collars and pedophiles by simply looking at their faces. How so? According to Faception, a person's ability to commit crime is determine by certain genes present in their DNA and revealed by certain visible features on their faces. By correctly analyzing a person's facial features, the revolutionary software can thus determine if the said person possesses the ability and willingness to commit crime.  The software correctly identified nine out of 11 terrorists involved in the Paris attack without any prior knowledge, which allegedly landed the company a contract with the US Department of Homeland Security.

So far, the technology seems quite ambitious in its own might. However, that hasn't stopped several experts from claiming that the algorithm itself is bogus and impractical, incapable of being used in a real-world situation. We must keep in mind here that possessing the potential to commit crime and actually committing it are two different things. For example, a man can demonstrate certain neuro-psychiatric characteristics which would make him the perfect terrorist, but may be a completely law-abiding citizen in real-life due to their own moral choices. Just because a person can commit murder doesn't mean he will, and it is really hard to say whether he will actually go through with it until it actually happens. What then? Are we supposed to just wait until someone does something terrible instead of trying to stop them beforehand? The debate goes on...

"Can I predict that you're an ax murderer by looking at your face and therefore should I arrest you?" -- Pedro Domingos, University of Washington

Of course, while it may just be too early to make an actual arrest before a crime is committed, we can still take several preventive measures if we can target individuals who possess an innate knack for antisocial activity. In the same line of argument, the software developed by Faception can actually prove quite useful in tracking down and profiling specific individuals in public areas such as airports, based on their affinity to crime. According to Faception, its technology can analyze as many as 100 faces per second, making it very useful in crowded areas like terminals and stations. The software can allegedly detect potential criminals with 80 percent accuracy, although its actual usage goes far beyond just criminology. According to their official website, the algorithm developed by Faception helps it categorize unique individuals into 9 different "classifiers" based on their genetic and psychological traits. Those classifiers include High HQ, Bingo Player, Academic Researcher, Terrorist and Pedophile. Using the same technology, Faception can also tell if the said person is a potential buyer with an affinity to spend money, making it useful in commercial sectors as well.

Facial profiling has always been a highly controversial topic. While it can be disastrous if used with stupidity, correct usage of this technology can prove quite useful in the advancement of criminal technology. For more information, check out this article on LeadPath.