According to information posted on the Internet, the revenue of the U.S. cosmetic industry will come to some $62.5 billion this year, and the global beauty market will be $265 billion in the next year. A clear sign of how many people value beauty and pursue beauty.

In contrast to this attitude to beauty, one of the sages of the Mishnah (collection of Jewish oral law, compiled about a.d. 200) claimed that a person's beauty might be detrimental to him:

(One day), the daughter of Caesar said to Rabbi Yehoshua ben-Hananiah: "Alas, glorious wisdom in an ugly vessel!" He said to her, "My daughter, in what does your father, the king, preserve his wine?" She said to him, "In pottery vessels." He then said to her: "Everybody preserves his wine in pottery vessels - and you too in pottery vessels!?" She said to him, "But in what should we preserve it?" He answered her, "important people like you should preserve it in silver and gold vessels." She went and told her father, and they poured their wine in silver and gold vessels and it became sour. Caesar said to his daughter, "Who gave you that advice?" She told him, "Rabbi Yehoshua ben-Hananiah." Caesar called for Rabbi Yehoshua and asked him,

"Why did you tell her that?"

He responded: "I talked to her the same way she talked to me."

-- But aren't there people who are both, handsome and wise?

-- If they were ugly, they would have been wiser." 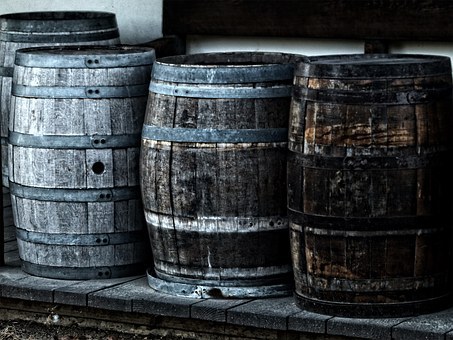 This legendary episode is presumed to have occurred approximately 1900 years ago. Rabbi Yehoshua was known as a debater and Israel at that time was under the rule of the Roman Emperors. Reality and imagination are interlaced in this story.

The story seeks to comment upon a social issue, namely the attitude toward people who are not blessed with beauty as determined by prevailing cultural standards. The priorities of Rabbi Yehoshua represent the priorities of his people's sages: wisdom is the most prized pursuit. Caesar's daughter, who was born to power and wealth, feels free to insult an old wise man. Rabbi Yehoshua, the spiritual hero of this story, conveyed to her a different evaluation. Through their exchange, she learned that the outer appearance of the "ugly" pottery vessels ("ugly" persons) possessed an inner beauty, they are the best vessels to preserve wine (wisdom), while the wine (wisdom) was ruined in the beautiful gold and silver vessels (so-called good-looking persons). The story concludes with a preference for the wise person even if that person lacks beauty. The end of the legend is in the "victory" of the wise person and in a message that is supposed to comforts and encourage readers.

I reject the idea that a wise, beautiful person would have been wiser if he had no beauty. Many people are blessed with both inner and outer beauty. Their outer beauty has inspired and sometimes empowered them to seek inner beauty.

The legend, in referring to physical beauty, might use "beauty" just as instance for any kind of significant gift, which a person has through none of his or her own efforts, gifts such as family pedigree, high intelligence quotient (IQ), family riches, etc. Those born with such gifts, may not be motivated to make efforts to be the best they can as they rely on what they were bequeathed. Had they been challenged, they might have been empowered to accomplish more. Experienced from this angle, an intellectual gift or physical or financial gift might even be held as detrimental for their self-development.

A more disadvantaged person may be motivated to achieve more. These achievements may be spiritual and in this story the "more" is wisdom. In the Talmud we find: "Beware of the children of the poor, for out of them goes forth the law." The wound of their poverty is a stimulus for their ambition and success; their disadvantage became their advantage.

If a person is "ugly," or lacking on some superficial plane, he is disadvantaged and this may inspire him to achieve value. A more fortunate person might be swollen with pride and less driven to achieve more, though many who are bequeathed such gifts might use them as a jumping board for good purposes.

The Hebrew Bible sometimes suggests high regard for beauty but is also apprehensive of the power of physical beauty to derail a person; several biblical figures are praised for their beauty, but we also find that "grace is deceitful, and beauty is vain" (Proverbs 31, 30).

When a person is an "under achiever" sometimes people blame it on the "silver" or "gold spoon" with which he was born. We refer negatively to people who feel for some reason that they are "entitled" to have whatever they want without working for it, and this feeling of "entitlement" might even hinder them from their own self-development.

For this reason, Jewish tradition warns us, "look not upon the jar, but upon its contents!" one "cannot know wine by the barrel" or "judge a book by its cover."