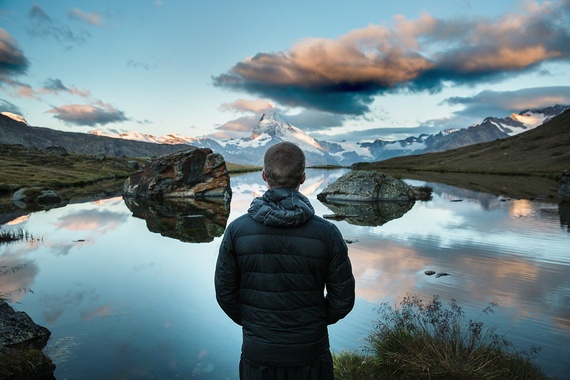 Congrats America! Donald J. Trump is making us a wonderful deal: in exchange for our vote for president, he'll go ahead and "make America great again." Fantastic. Mr. Trump is using his business success as proof that he knows how to make this happen. Unfortunately for him (but fortunately for us), there's already a different kind of business movement working passionately to make America--and the rest of the world--great. So Mr. Trump, thanks, but no thanks.

This movement is incorporating social missions into traditional for-profit business models. It goes by many names, and it comprises many different factions: social entrepreneurs, social ventures, social enterprises, supporters of conscious capitalism, impact investors, and benefit corporations. No matter what you call them, they're out to make a real difference. And guess what? They're going to end up making a hefty profit as well.

It all started with "greed is good"

Milton Friedman was one of the most influential economists of the 20th century. In 1979, when asked about the dangers of runaway greed in the world of business, Friedman defended it by saying, "The world runs on individuals pursuing their separate interests." He argued that the great achievements of civilization, "didn't come from government mandates," but from individuals being relentlessly selfish with their motivations. In essence, greed is good, and if every man is looking out for himself, then we all benefit.

Friedman's influence is everywhere you look; from the way politicians talk about the economy, to our cultural glorification of greed and excess. The underlying ideology is that greed is good for business. I mean, seriously. Leonardo DiCaprio almost won an Oscar by playing a Wall Street broker driven by greed and power. Bryan Cranston won several Emmys playing a chemistry teacher on a quest to build an unstoppable drug empire. Apparently, greed is also good for ratings.

You may say I'm a dreamer

Until recently, there's been little room for morality, activism, or revolutionaries in the world of business. The conventional wisdom says that business is for making money, and if your motivation is to make the world a better place, then you should go volunteer at a non-profit. Caring about the planet as well as profits is a relatively new idea in the business world, and it comes with it's own set of challenges. Case in point: Ben & Jerry's.

Ben & Jerry's is an early pioneer of activism-infused capitalism. Since the company's founding in 1978, Ben Cohen and Jerry Greenfield went out of their way to build a socially-driven enterprise. They sourced from regional dairy farms, made fair-trade and organic ingredients a priority, regularly paid almost double the minimum wage to entry-level employees, and committed to donating 7.5 percent of pretax profits to their foundation. Their mission statement was three-fold: to make the world's best ice cream, to run a financially successful company, and to make the world a better place. For over 20 years, Ben & Jerry's danced to its own corporate tune, but the new century was just around the corner, and everything was about to change.

In 2000, Ben & Jerry's faced the prospect of being acquired by the multi-national giant Unilever. They didn't want to sell the company to Unilever, but as a publicly traded company, Ben & Jerry's had a fiduciary duty (a legal obligation) to maximize shareholder value. If they didn't sell, they risked being sued by their shareholders. If they did sell, they risked losing the socially responsible values and mission they had spent 20 years building. Fortunately, the story has a happy ending. Unilever did end up buying Ben & Jerry's, but mostly left the brand alone and helped them grow while staying committed to their socially driven mission and activism.

A new class of legal entity is born: the Benefit Corporation

Maryland was the first US state to pass Benefit Corporation legislation in 2010. As of 2016, 30 states allow you to register your business as a Benefit Corporation (also known as B Corps), and the denomination allows you to operate as a mission-driven for-profit corporate entity anywhere in the United States.

Put simply, Benefit Corporations include "positive impact on society and the environment" in addition to profit as legally defined goals. This means that they are legally protected if they find themselves in the same precarious position as Ben & Jerry's in the year 2000, and do not want to sell to another company. Shareholders can't sue solely on the basis of failing to maximize profit, and the B Corp can make the legal case that the sale is not in line with their social mission. On the flip side, shareholders can sue a B Corp if they feel the company isn't living up to their stated social missions. Social responsibility becomes a two-way street in terms of accountability.

Companies like TOMS Shoes, Warby Parker, Kickstarter, Seventh Generation, Ben & Jerry's, and hundreds more have restructured themselves as Benefit Corporations, and many have taken the extra step to become "Certified B Corps," which is an additional certification designation administered by a non-profit called B Labs.

This holistic approach to business draws a sharp contrast to Trump-style winner-take-all business mentality. Greed-driven capitalism is not sustainable in the long run, but if we embrace a triple bottom line of people, planet, and profits, then we'll be better positioned for sustainable growth in the future. Our country will be better off for it, and in exchange for our vote at the cash register, Benefit Corporations can help us make America even greater than it already is.

Now that's a deal that I can get behind.

Alex Cequea is a Freelance Marketing Consultant and the host of a web series called Social Good Now, where he creates short animated videos to highlight social issues. Formerly he was a Marketing Executive at Cisco, and Editor in Chief of iPhone Life magazine and Android Life magazine. Alex has been featured on TEDx Houston, CNN, Time.com, Univision, Fast Company, and the Houston Chronicle. Follow Social Good Now on Facebook.