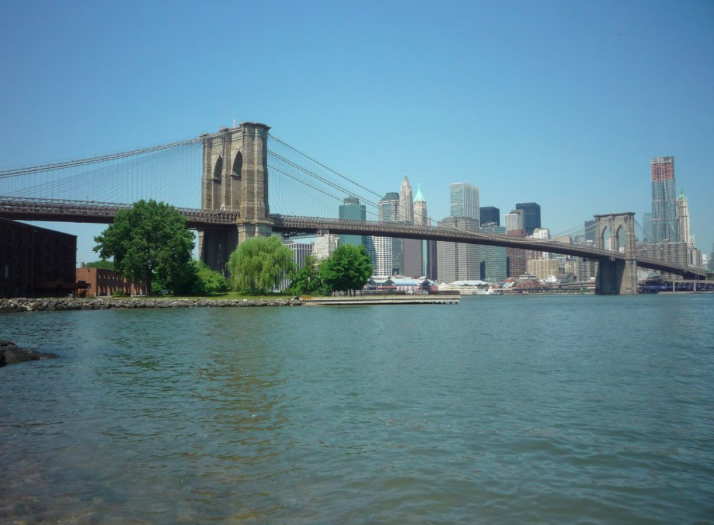 I was hit by a bicyclist this past Sunday evening. It is weird to even think that it happened to me, but as I recover -- covered in wounds, black and blues and part of my head that had to be stapled shut so the wounds could heal -- I realized that this could happen again or even worse. I love our city and this bridge, so as I tell my story I hope we (bikers and those that walk the bridge) can figure out how we can safely co-exist.

It was like any other day. My husband and I were celebrating our third anniversary and we decided to explore the NYC we once knew. We thought it sounded like a good idea to walk the Brooklyn Bridge and then take the train home from there. We soaked in the sights and energy from our beloved city. It was a beautiful night, and I loved passing through the East Village, Little Italy where we stumbled on to the San Gennaro Festival and then to Chinatown and City Hall, and finally to the Brooklyn Bridge. I mention all of that since the moment was beautiful and simple: we just wanted to walk around and explore a city we don't always see so calmly with our children. 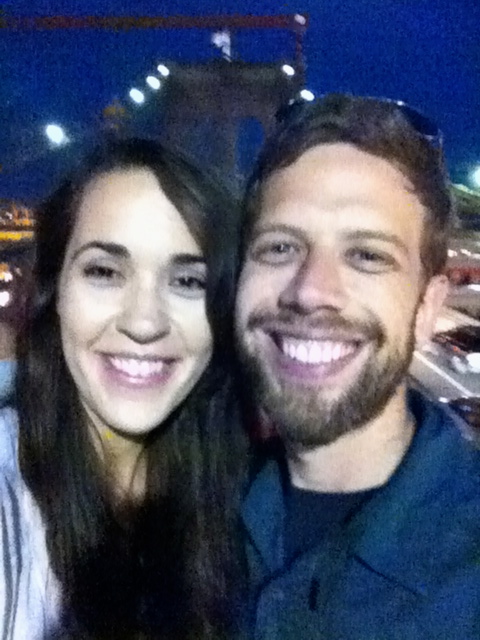 Right before the accident

When we finally approached the Brooklyn Bridge, I was amused at how much it had changed since I had last walked it. There was tourist paraphernalia, and lots and lots of people. At 7:30, I was amazed at how many people were walking, taking pictures, and soaking in our amazing city. I also noticed a lot of bikers -= a mix of Citibike rentals and regular bikes -- that zipped past us on the left lane. I remember remarking on how fast they were, but was more involved in our moment, in our pictures, in our time together. There are millions of people that do just that - so I think this story could happen to anyone since, of course, I never would have imagined it would happen to me.

Just before it was time to cross over (from the walk path on the right to the left to go down the stairs to) and get back to Brooklyn (and hopefully get home before Breaking Bad), it happened. I don't remember much about the actual accident or what it felt like to be hit. I think my body either shut that part out or blacked out for a few minutes - it's hard to say.

I do remember (right before) my husband asking where we should go, and I pointed to the stairs and walked in the path and the next thing I know I was laying down, legs straight up and crying. My husband was calling for help, I saw eyes on me and people collected around me asking questions and telling me not to move. My head was hurting. It was bleeding. It was then that I realized that I hit by the bike.

What followed was a whirlwind of the rest of the evening -- I cried for help as I asked where the EMT was, I cried when the police officer didn't help me and wanted my ID to fill out the accident report and I cried when I thought of my kids and wanted to be back with them. That was all I thought about as I held my husband's hand, and the kind stranger, who also happened to be an EMT worker, as she helped us and held my hand. She told me to be calm as I cried as I looked up and read the signs and looked at the beautiful city sky and talked. I knew I just had to keep talking.

The EMT finally came and badged me up "like a mummy," they said. What I remember is the bike rider being sorry and saying how sorry he was and I knew that he was. I also didn't know who was to blame or if something as simple as who is right or wrong in this situation was that simple. It wasn't, but it should be. But the Brooklyn Bridge is narrow and tight and brimming with people. It is also not like biking in the street since one lane on the Brooklyn Bridge is shared with bikers going towards Manhattan and the others going towards Brooklyn. It is challenging to share such a small space and with people crossing over to the bike lane as they walk or for pictures -- this tightly shared space is not easy to share. Making it even harder to understand how we co-exist on the bridge.

I don't have the exact answer to this but maybe a biking restriction at night could be part of the conversation or having a stop light at the beginning and the end of the bridge when passerby's are coming and going or maybe it's as simple as slowing down at those points.

After the tears, and the visit to the ER, I realized I was lucky. I was ok - albeit bruised, sore, and cut up. I could walk and talk and write and kiss my children this morning and listen to their hilarious comments as they told it happened because I was wearing the wrong shoes. Maybe that was part of it, but there was also me not seeing the biker, him not seeing me, not hearing him, maybe I was on my phone - I don't remember but I do know that there has to be a better way for us to co-exist. I have nothing against bikers and I want to be able to walk on the bridge again, but there has to be a better way for the Brooklyn Bridge...especially since the current way leaves me fearful to ever go on there again at night.

What rules can be changed on the bridge so bikers and walkers can co-exist?