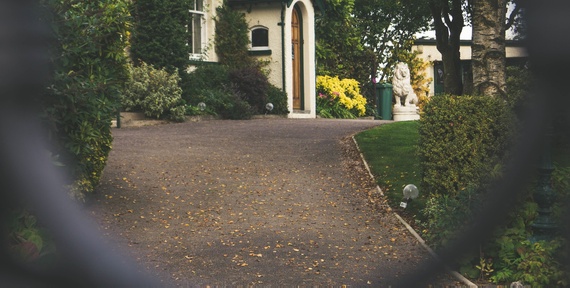 The UK is facing its biggest housing crisis since after the Second World War. It's so bad that Mark Carney, the governor of the Bank of England, has described it as "the biggest risk to the UK economy."

This raises a number of important questions. What's causing this crisis? What current ways are we trying to solve it? What are we doing wrong and what can be done better?

Broadly, the housing crisis has been caused by a simple lack of supply meeting demand. It's estimated that around 240,000 new homes must be built per year to meet the UK's rising population, but this is consistently not achieved. For example, In 2014 fewer than 120,000 new homes were built.

The lack of supply has been artificially created by a seemingly worthy cause - to protect our beautiful and unrivalled British countryside. Since the late 1930s local authorities have been encouraged to block construction on "green belts" around towns and cities, preventing urban sprawl.

The problem with this is that the cost of land is vastly overpriced, to the point where it makes up 70% of the cost of a new build on average. A recent report by two LSE professors predicted that, as a result, these planning restrictions alone might be inflating the cost of housing by as much as 35%.

There are two main ways that the government is currently trying to solve the housing crisis.

Firstly, by reclaiming land that has already been developed on, known as brownfield land - usually these will be abandoned or derelict industrial sites.

The government wants to see local councils approve planning for homes on over 90% of suitable brownfield land by 2020. It's estimated that if every single inch of developable brownfield land was used for housing, it would be enough to fit 1.5m new homes. However, there are several issues with this.

First, due to decontamination costs, not every site is economically viable for development. Also, many of the sites exist where people simply don't want to live - this map of where people are moving within the UK shows that demand is consistently focussed in the south east, across age groups. Finally, this estimate is made based on tiny house sizes that would give us less space on average than anywhere in Europe, making for a hard sell to consumers.

The result is that the government's target would produce us just 200,000 viable new homes - not enough to even make a dent in demand.

The second solution to the crisis is to build "garden towns and cities", like these plans for a huge development in Ebbsfleet, Kent, and similar plans for Bicester in Oxfordshire. These developments are built in a sustainable way with plenty of garden space and access to green areas. It's essentially a compromise to appease anti-housing lobbies, who will lobby government to prevent builds they see as damaging to the environment.

The main issue with these plans is that publicly funded infrastructure is struggling to keep up with the privately driven expansion of homes. Bicester's population has almost doubled over the last thirty years and, if the new plans come through, will double again in the next year. Meanwhile, its local hospital only has 12 beds.

Another issue is that, despite the rebranding, many see these new garden cities as not too different from any other urban sprawl - thousands have signed a petition to block development on Gavray Meadows, just outside of Bicester.

Finally, by leaving the choice of sites and building of houses to private companies, the obvious fear is that developers will simply cherry pick the sites that offer the highest return for investment. This, ultimately, will result in a lack of affordable housing, not solving the crisis at all.

There are several solutions to the housing crisis that currently aren't being pursued, simply because there is little overlap between what is economically viable and what politicians are happy to endorse.

Although we absolutely must protect our countryside, it's worth taking into account that only 9% of the country is currently 'developed', only 2% of which is housing. Kristian Niemietz, Head of Health and Welfare at the Institute of Economic Affairs, says the priority should be to relax planning restrictions on green belt land:

"I would remove greenbelt protection from land with low environmental benefits and amenity value. The most obvious candidate would be intensively farmed agricultural land, which has no net environmental benefit, and which is usually not accessible to the public. That would slash the London greenbelt by 37%, the Oxford green belt by 44%, and the Cambridge green belt by 74%.

"Obviously, this doesn't mean that all of that land would be developed. Only a relatively small fraction is needed."

It's also important to consider what kind of housing is built on this newly found land. Haydn Mursell, Chief executive of Kier Group, told The Telegraph:

"Social housebuilding has to play a major part if we are going to achieve [the output needed]. The private sector can absolutely help in partnership with the public sector and already both parties are actively working together to increase output.

"A programme to redevelop a proportion of the UK's 350,000 vacant properties needs to be an integral part of any strategy to tackle the country's housing shortage."

Ultimately, the housing crisis is a complex political and economic challenge and one that will certainly not be solved overnight. One thing is for certain - as we edge closer to 'red alert', government will be under more and more pressure to revamp their current thinking and embrace new ideas.