When the British Cheese Board issued their 2005 study about the effect of cheese on sleep, who knew we'd snooze better after a snack on a slice of Cheddar or Stilton?

The study explored how cheese influences sleep and dreaming, and found that the impact of cheese on sleep was positive with regard to dreaming, rather than negative, which some believe happens when we sleep right after eating a meal.

Just in case you've never had one, a nightmare is also known as a "bad dream." You know, the dreams that rattle you out of your sleep with fear or horror and you can't get back to the zzz's for some time. Maybe it's stress or post-traumatic experiences (believe me, I've had them) that hurl your sleep into hell. Hmmm, it can't be there's anything going in the world right now that might induce stress?

Maybe the scenes inside your nighttime head are ones of danger, or psychological and physical distress. In my dream scenes though, Danger equals (usually) Adventure, so that could be a good dream for me. Chased by cops or jumping from cliff edge to cliff edge ... you know, wild escapades like that.

Then there's the high-fever bad dream, which, if you've ever taken drugs, you'll have replicated that hallucinatory dream without a fever. Sometimes there might not be an easy explanation for a nightmare. In that case, you can always just think that the Devil has risen in you, so start humming that old blues tune, Devil With Blue Suede Shoes, and that'll help you feel better.

Eating before bed is commonly said to act as another potential spur for nightmares because it triggers an increase in the body's metabolism and brain activity. But 200 people in the British Cheese Study say differently. These volunteers ate a small piece of cheese, two-thirds of an ounce, about a half an hour before they went to bed. They participated in this British study over a fourteen-day period, or as the Brits say: a fortnight (but what's so "forty" about the number 14?)

The majority of these cheese-eating sleepers claimed positive results from consuming cheese before sleeping. The verdict: Cheese promotes good sleep. 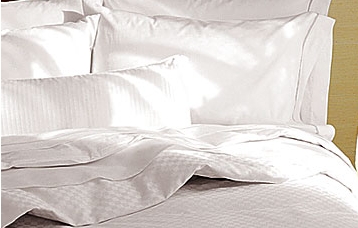 Cheese also contains tryptophan, an amino acid that has been found to relieve stress and induce sleep.

Here's where it wacks out: the type of cheese the participants ate gave them different types of dreams. The dreams produced were specific to the type of cheese. Blue Stilton-eaters had vivid dreams. Cheddar, the most consumed cheese in Great Britain, produced a dream-theme about celebrities. Cheshire cheese people said they had "nice sleeps" but dreamless. Red Leicester cheese people dreamed nostalgia, about things in their childhood or families. Lancashire cheese eaters dreamed about work.

These cheeses are all British. Might the results differ with a wider range of cheeses? I wonder what happens after eating French cheese before sleep. Does Brie before bed bring dreams about singing on a rooftop with Edith Piaf, or give us a chance to dream-perform in a video with the French rapper Abd al Malik? Does Camembert before bed drive us into a fast-paced Tour de France dream?

But what about sex? What can cheese enhance there?! I'll get a post up when that study is completed.

Back to cheese, though. Let's not even think about the scary prospect of what kind of sleep results after eating American processed pre-sliced yellow cheese-plastic.