By Carlos Guiza and Xosé Ramil

Carlos Guiza's passion is to find income-generating alternatives for disadvantaged people. At the Multilateral Investment Fund, he experiments with models to develop climate change resilience, and public-private alliances for corporate social innovation.

Twenty million people do not yet have access to electricity in Latin America. Around 90 million people are still dependent on solid fuels--mainly biomass and kerosene--to cover basic needs such as heating and cooking, which limits their access to lighting and contributes to greenhouse gas emissions.

This deficiency particularly affects rural areas, where two-thirds of the people have no access to electricity or gas. But there are several initiatives underway to reach the last mile in energy access.

A recent study by the Technical University of Madrid, Sustainable Energy Distribution in Latin America, presents a clear view of these models, proposed by innovators such as Technosol in Nicaragua, Iluméxico and Acciona in México, Endev in Peru, Energética and Phocos in Bolivia, and Guascor in Brazil.

All of these entrepreneurs have successfully developed their ideas to overcome the challenges of providing clean energy services in rural areas and still generating income--not only for themselves, but also for people in the surrounding areas who benefit by working as distributors and maintenance technicians for the new technologies.

As of the end of 2015, the energy entrepreneurs had strong results: 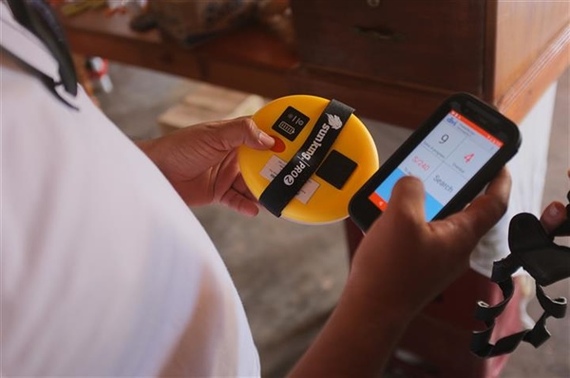 Governments in Latin America and international donors are providing the energy entrepreneurs with positive incentives. For example, Nicaragua is granting tax exemptions for imported solar panels, and Peru is giving the entrepreneurs concessions to develop electricity sources in off-grid areas. Endev in Peru is fully funded by donors, with six countries providing money: Germany, the Netherlands, Norway, the United Kingdom, Sweden and Switzerland.

While energy entrepreneurs in Latin America are concentrating their efforts on the challenge of reaching the last mile, in time, the region's cities may become an attractive market for their innovations.

Since 80 percent of the region's population is concentrated in cities, and city residents are connected to large electricity grids, urban energy innovations will require changes in public policies to encourage alternative energy suppliers to enter these markets. In the long term, innovations must take into account the need for climate change resilience in cities.

Hydroelectric power is the current major source of electricity in Latin America and the Caribbean. But with recent scenarios forecasting growth of at least 28 percent in demand for electricity between now and 2040, there will be ample room for alternative energy sources, such as solar.

The most lucrative route for energy entrepreneurs may turn out to be creating innovative models that are resilient to the effects of climate change in both rural areas and cities.

Is it too complicated to dream about mini-grid energy networks for neighborhoods as an alternative when traditional on-the-grid systems fail?

Xosé Ramil is head of communications at the Innovation and Technology for Development Centre at the Technical University of Madrid. His areas of expertise include digital communication, crowdfunding, and information and communications technology tools to stimulate social engagement.