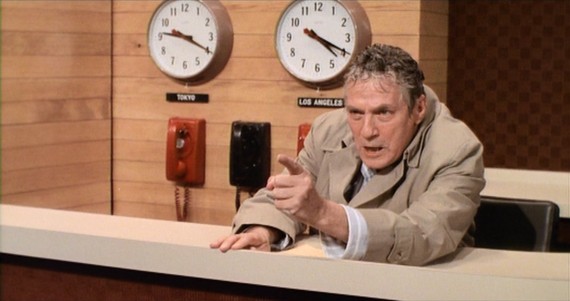 The short answer to this question is an obvious and resounding "no." Citizens who have been numbed into a narcotized trance by fake infotainment media, a media controlled mostly by corporations whose bottom-lines would be hurt by a critically thinking electorate, are not the kind of citizens capable of preserving our democracy. Neither are the victims of a public mis-education system which has sold its soul to the high-stakes testing zombies; who take orders from, you guessed it, corporations.

Pearson now takes the lead in promulgating a deadening, kill-and-drill style of education so bureaucratic and authoritarian, grade school teachers are told when they're allowed to take a breath while delivering their boring, mind-numbing curriculum. A curriculum that typically eschews dissent and rarely questions the dominance of a planet-destroying hypercapitalist economic order, while pushing instead for an immersion (by memorization) in the "way things are" -- rather than the way things "might be" in a more kind, just, loving and peaceful world.

Meanwhile, as the population gets further submerged in a funk of ignorance, which prevents people from thinking critically about politics, the textbook company execs enjoy a big "cha-ching": a percentage of which their "bag men" lobbyists deliver to their political cronies in the form of "donations," i.e. bribes. Forget high standards. What these politicians really care about is higher levels of cash in their war chest.

When a bored real estate developer, after tiring of his dumb reality show, runs for president (perhaps as a joke?) and vaults to the head of a lifeless, scripted, idea-denuded Republican field simply by spouting clichés and "sounding tough," clearly drastic measures are needed to preserve the remnants of our withering democracy; and, if we can really get our acts together, to cure the anti-intellectual, authoritarian malaise that has infected America's body politic since 1980. That was the fateful year John Lennon was killed, the sixties officially died, and the New Right ascended to power with the election of Ronald Reagan.

As an educator turned television show host, I experienced an epiphany several years ago in a poor, urban high school of color in Hudson County, New Jersey when I attempted to initiate a conversation about pedagogy in the teachers' room and, not only did the mostly burned-out, white, suburban teachers have zero interest in (heaven forbid) talking about teaching, please, they were so frantically engaged in discussing last night's episode of American Idol I needed a shoe horn to get a word in edgewise!

Who like me is nostalgic for the seventies? I remember fondly Gore Vidal's regular guest appearances on Johnny Carson's Tonight Show; so unlike the shallow, celebrity worshipping drivel of today's unwatchable late-night TV fare. As the glow of the sixties' liberating upsurges and status quo questioning intelligence continued to percolate in the zeitgeist (while corporate elites plotted their comebacks in think tanks like the Heritage Foundation), the airwaves were alive with intellectual shows -- in primetime! -- hosted by... not so much media personalities but by humane and cultivated thinkers like Dick Cavett and David Susskind; a seemingly different species from today's slick, generic, antiseptic, smooth-talking.... journalists?... on which planet?... more like shallow, sycophantic marketers devoid of an authentic personality.

With the obvious exceptions of Charlie Rose, Tavis Smiley, and the much missed Bill Moyers show, and in excited expectation of the progressive Steven Colbert's refreshing goal to feature more intellectuals on the air.

Perhaps David Letterman's parting gift of featuring Cornel West during his final stretch is a hopeful harbinger of this shift toward real thought on television. Though in reality America needs a brand new political show, with the reach of FOX and MSNBC, that offers a genuine left perspective (as represented by OWS and the Bernie Sanders phenomenon), to compete with these far-right and center-right networks.

The legitimacy of FOX might also be reasonably questioned, and its license revoked, due to its dangerous propagandizing that appears to be exacerbating the dumbing down of America's electorate; thus paving the way for the erosion of democracy and, if we're not careful, a descent into fascism.

Having taught at various colleges as an adjunct English professor over the past 15 years, sadly, I've observed college administrators devolving into empty suit corporate "Stepford Wife" types; similar to the automatons who preside over television networks these days to insure that no real thinking takes place on the air. Actually, Faye Dunaway's ruthless media exec from Network (1976) gave us our first cultural glimpse of this repulsive new bottom-line = ratings, money, (test scores in education) mentality. Forget about moral improvement, cultural enrichment, real political education, humanization, a sense of community, or the ability to think in a nuanced and critical manner.

The only question is when will the American public become "mad as hell" to the point that they not only "can't take it any more" (to quote a famous line from this great movie), but build a political movement strong enough to reclaim our media and education system as sites of actual thinking rather than dumbing down, distraction, and conservative indoctrination.

Perhaps it's already happening with the growing popularity of Bernie Sanders, America's first popular socialist candidate for president since the days of Eugene Debs and Norman Thomas. One can only hope.