Most business schools are not built for entrepreneurs. Ask nearly any b-school graduate what they learned, and they'll cover the statistic, financial, and theory courses they took, and you'll quickly see why an overwhelming majority of business school graduates head into a corporate career, working for someone else. But, over the last few years, there has been a gradual shift towards entrepreneurship. Back in 2011, Reuters found that roughly five percent of MBA graduates from top schools chose to start their own business. 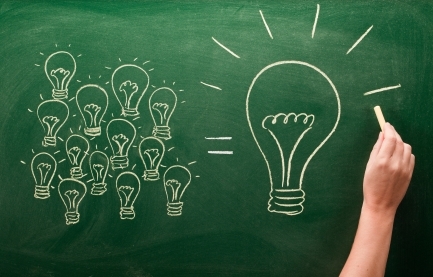 Look through recent employment data for the country's top business schools, and it seems that number has risen -- 17 percent of Stanford's 2014 MBA graduates reported starting a new business, as did 6.7 percent of Wharton graduates. Harvard, which typically saw 3-4 percent of their graduating class pursue entrepreneurship, reported a bump up to five percent for 2014.

Obviously, entrepreneurship is becoming a viable path for business school graduates, especially in the west coast where Silicon Valley enjoys steady growth. So it should come as no surprise that schools are shifting their curriculum to focus on entrepreneurial skills, with some even offering certificates or specialties in the subject. But this raises an age-old question among entrepreneurs -- can our field even be taught? I feel it can; or, at the very least, part of it can.

Practice
Practice does make perfect, and business school is a great place to practice starting your own business, without any of the risk. Nearly every entrepreneur uses a particular set of tools when starting a new company and guiding it during its early years. Researching new markets, reasonably predicting growth, pricing a product or service, basic accounting and filing -- these are tools that can be taught. And, better yet, honed using different scenarios and situations. But a lot of new entrepreneurs don't even know where to start when it comes to those; my biggest problem starting out was predicting my company's growth, and using that to staff my office. Had I the necessary skills to figure out how many employees I actually needed back then, I wouldn't have wasted so much time and so many resources.

Personality
Entrepreneurs are seen as go-getters and risk takers. Extroverts are believed to be better entrepreneurs because of that -- they know how to network, hustle, and talk to people. But this lone-wolf persona isn't based in reality. Entrepreneurs work as part of a team. While you may start out alone, the people you eventually hire will play a major part in your success or failure. Yes, you do need to be able to network and sell, but you can't play into the stereotype of the bigheaded founder. Business schools that focus on entrepreneurship can help hone the best parts of the student's personality, while working to curtail any arrogance or bad habits.

Practicum
And that's when we hit the real world. Starting and running a new small business is unpredictable. No amount of practice and preening will completely prepare you for running your own business. The idea of following your gut, while cliché, is true to a point - I bought my business because I had a gut feeling it could reach new heights of success if run a certain way. Learning how to listen and react to your instincts is one thing I feel cannot be taught. But, at the same time, it is something that nearly anyone can learn on the fly, provided they are willing to take a chance on themselves. Thankfully, a lot of entrepreneurial programs do have incubators and startup programs that allow students to explore, and possibly launch, their own company. Being as prepared as you possibly can means that you're able to make mistakes and feel out your instincts, without completely sinking the company.

Entrepreneurialism used to be built on anecdotes, stories, and rules-of-thumb. Over the years the field has, thankfully, become a lot more sophisticated. And while you don't need training to be a successful entrepreneur, it does help. After all, if you are going to be pushed out of the nest, it's better to have spent the last few years learning how to fly. No program will ever guarantee entrepreneurial success, but a course that fosters good habits and skills certainly puts you on the right path.