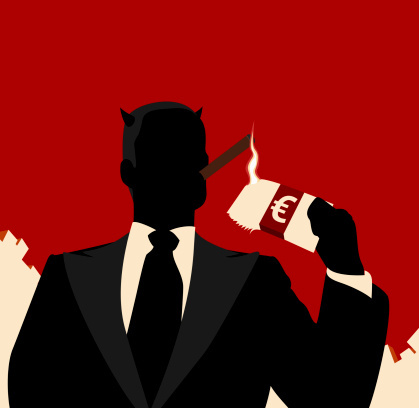 In 2012 president Obama signed into law the "Jumpstart Our Business Startups Act," commonly known as the JOBS Act. Embedded in the act are provisions allowing for the loosening of certain SEC regulations to allow for what activists call "equity crowdfunding." Because it took several years for these provisions to go into effect (Title III of the JOBS Act actually just came into play in May of 2016), their implications for the way businesses are funded have gone very much unnoticed by many Americans. This is unfortunate, because this new way of doing business could potentially revolutionize capital in America.

Two of the structures for raising capital through equity crowdfunding that have emerged from the JOBS Act; they are called "Regulation A+" and "Title III." The idea behind them is the similar.

In general, private companies may raise capital only from wealthy accredited investors until they reach a size where "going public" is an option. Because of the expense (almost always hundreds of thousands of dollars) and sheer complexity of such an operation, most small-to-medium sized businesses never reach this point, and raising funds from the general populace is impossible.

Equity crowdfunding turns this system on its head, allowing businesses to raise money through the internet from non-accredited investors (meaning the Average Joe or Jane). This allows business owners the possibility to raise capital without relying exclusively on wealthy accredited investors, but also to avoid lengthy and expensive IPOs (indeed, Regulation A+ is sometimes referred to as a "mini-IPO").

This changing of the guard will allow not just hundreds of small businesses room to expand, but untold numbers of startups that might otherwise have never gotten off the ground a chance to succeed. It represents not just an influx of new capital into the economy, but a final and decisive equalizing force for working-class people who otherwise would never even consider the world of investment.

I learned about all of this at my new job with American Homeowner Preservation, a "socially-conscious hedge fund" in my native Chicago. The job was a godsend, not just because I get to write all day (which I do anyways) but also because it's with a company that I'm proud to work for: AHP's mission is to take advantage of the free market by purchasing distressed pools of mortgages for significant discounts, then sharing the savings with struggling homeowners with the aim of preventing foreclosure and keeping families in their homes. It's a business model I can get behind 100%.

Well, AHP has just begun crowdfunding money from non-accredited investors, and its low minimum investment of only $100 is designed to attract new and first-time investors, who might otherwise have never gotten involved. This opens the door for countless people to get involved in a socially-commendable cause that doesn't rely on private charity, and god willing will blaze the trail for even more companies to do likewise in the future.

The implications of equity crowdfunding and its possible effects on businesses to come immediately caught my interest -- just as much as learning about AHP's social impact had.

The 2016 Democratic Primary race has, for better or worse, opened up a discussion about the possible merits of socialism versus the possible downsides of capitalism; in fact, a recent poll showed that millennials (like me!) view socialism more favorably than capitalism (and I just might be one of them). In addition, former Clinton Secretary of Labor Robert Reich scored a bestseller with his book Saving Capitalism, For the Many, Not the Few. Perhaps a part of the reason capitalism needs to be saved is its elitism, where the wealthy have an effective monopoly on investments and capital and use the power and influence their monopoly effuses to rig the game in their favor.

But I realized when reading about equity crowdfunding that this system could be coming to an end. Imagine a world where a small community business can turn its own customers into investors through the internet; where medical startups can invite the involvement of those affected by the disease they seek to cure; where young entrepreneurs are not stifled by the disadvantages that coming from the working class entail.

Equity crowdfunding (which is projected to surpass venture capital in 2016) could be the beginning of a more egalitarian capitalism, one which allows for participation by the types of working-class, blue-collar Americans that have for so long been shut out. Whatever your opinion on capitalism, that can only be a good thing.