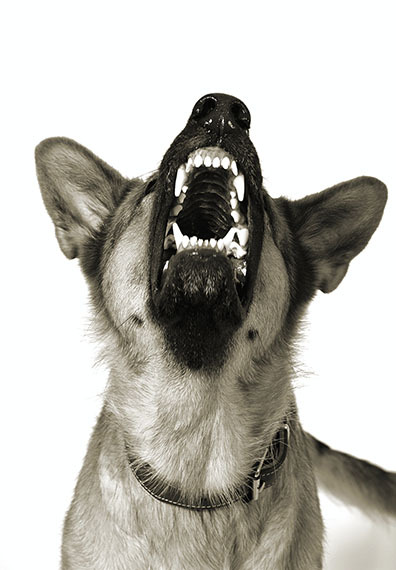 I recently came across an article in which a dog who was known to be "nervous, growling, and didn't like children" was sent away for training. While in the trainer's care, the dog mauled her. According to the lawsuit, "With the pit bull still attached to her left breast, Ms. Rickles backed into a laundry room where the dog released his grip, enabling Ms. Rickles to close the door. The pit bull then broke through the door and attacked Ms. Rickles a third time, latching onto her left arm and breaking it in two places." After this horrific incident, you might assume the dog would have been euthanized. Indeed, a Texas judge did sentence the dog to death. However, the dog's owner pleaded for the dog's life, and it was agreed that the dog would go to the training facility of a well-known trainer who would "take the pit bull and rehabilitate it" and not release it until it was "fully deemed a safe member of society."

Unfortunately, the training facility allegedly released the dog into someone's care prematurely. A woman who was visiting her friend at that home got mauled. According to the lawsuit, the dog ended up inflicting "disfiguring open wounds, deep muscle and tendon lacerations." Incidentally, the training center was the Dog Psychology Center (Cesar Millan's facility), but how you or I feel about Cesar is not the point. The real question is: can a dog who has demonstrated severe aggression ever be rehabilitated to the point of living safely among people?

Apparently a lot of rescues seem to feel the answer is yes, judging by the number of training calls I get from people who have adopted aggressive dogs. Just last week a woman called who had adopted a Bichon who had bitten three people. Two of the bites were disclosed by the rescue organization, and the third happened to her once the dog was at her home. I'm not familiar with the rescue group and don't know whether any behavior modification was attempted, but I have seen all too many dogs over the years who were known for having aggression issues be adopted out.

Most rescues are overcrowded, and although there are some where trainers do behavioral rehabilitation, those are few and far between. I'm not suggesting that a dog who displays aggressive tendencies to any degree should be euthanized -- far from it. I've personally worked with many, many aggression cases ranging from mild to severe over the years, and helped the dogs and their owners go on to live long, happy lives together. But would I knowingly adopt out a dog with serious aggression issues? Never.

Even outside of a rescue/adoption situation, the real question is: can every dog be rehabilitated? My personal belief is the answer is no, no more than every violent criminal can be. Many dogs who are capable of inflicting irreparable damage live in homes and are friendly with their owners, who have learned to never allow the dog access to other people. This is called management, not training, and is often a last resort. Management is of course never 100 percent and things happen, but it's often the only choice left.

If a dog causes extreme harm, such as the case with Gus, that dog should be euthanized. Period. As one of the biggest dog lovers you'll ever meet, who also has a lot of empathy for owners, I do not say that lightly. But human safety must be the first priority. And any trainer who believes they can fix any dog no matter what has an overabundance of hubris and a serious lack of understanding of dog behavior. Let's give dogs the benefit of the doubt where appropriate, and do everything we can to help them behave better and improve their chances of having a long, loving life. But let's be realistic as well, for the highest good of everyone concerned.