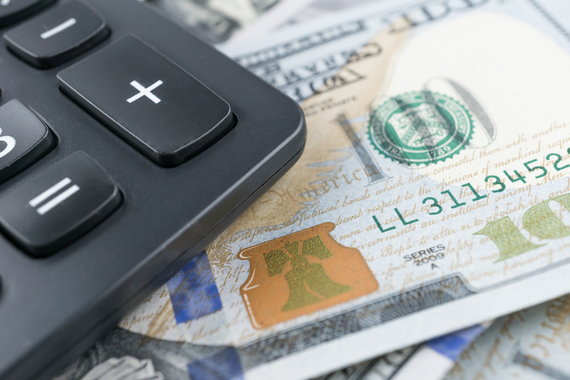 Did you know a tenth of HSBC's workforce is in compliance? Or that the average corporate fine from the U.K.'s financial industry regulator increased nearly seven-fold from 2010 to 2013? Meanwhile, similar trends are being seen in the U.S. and around the world.

The regulatory clampdown is happening at the same time that technology is transforming our world. Just this month, New York State's top financial regulator granted the first license to a Bitcoin exchange, giving it bank-like status. This is technology literally throwing down the gauntlet to our monetary system.

Social media is another case in point. Communication has suddenly in a few short years shifted online and into the public forum. But regulated financial firms face complicated limits on what they can say and which of their employees can say it. These old regulations are challenging as social media tools impact behavior. For example, if employees are endorsed by clients and peers on LinkedIn in an innocent manner, that may be viewed as a testimonial and therefore influencing a client/customer's decision--which in turn breaches policy. Such breaches of policy are out of the company's control.

Unsurprisingly, firms have themselves also made numerous mistakes with this new medium. JP Morgan Chase cancelled a Q&A on Twitter after it descended into a tirade of anti-company abuse. A well-intentioned idea went awry because the channel (Twitter) was not used effectively. Human error also creeps in: none other than the CFO of Twitter publicly tweeted plans about a company purchase. The message was apparently intended to be a private direct message--a mishap so common it has its own name: a "DM fail." Meanwhile, even everyday tasks like archiving, retweeting, or managing testimonials (such as those LinkedIn endorsements) impose significant compliance burdens. The challenge for financial services to adapt to this breakneck technological change is intensified by the tough regulatory landscape.

But how can regulators keep track of the industry when practices are evolving so quickly? As we hear so regularly, banks have blockbuster budgets that give them access to the world's finest minds and technology. Predicting where future compliance failures might arise means not only foreseeing business developments, but also how consumers will react to them.

So on the one hand, examples of regulatory overreach can be found in recent years with cases such as Britain's Financial Services Authority vs. Einhorn. Mr. Einhorn was accused of insider trading, even though the FSA acknowledged that his actions were not deliberate. They imposed a large fine to demonstrate there are laws by which the industry and members must abide. And we've seen much unnecessary demonization of individuals or the industry. On the other hand, regulators have overlooked activities that shouldn't have gone on. Just look at the numerous recent cases of rogue trading.

Regulators and finance are a mismatch of forces. As long as they battle each other, a sub-optimal outcome will occur. The key is to get them working together through a global conversation, and then embedding best practice through effective training for staff.

I founded Social Media Compliance because I saw that social media was an area that could pioneer this model of regulation. A third party, sitting between the regulator and talking to the industry, could collect information on business challenges and concerns, and feed this into the regulator. At the same time, that party could push for clarity and assurance from the regulator about where the goal posts were.

In the U.K. we have been working closely with the Financial Conduct Authority on its final guidance on social media. For industry, we have drawn up a Charter that gives firms guiding principles that help them remain compliant. We have expanded on these principles to develop a platform for financial services to engage in social media. We are now beginning talks with global regulators and aim very soon to expand the platform to other countries.

Mark Carney, the governor of the Bank of England, has said that trust and openness must be two of the three pillars of the post-2008 finance industry. Trust is essential because without it, the powerful financial industry loses its license from the public. Openness, meanwhile, breeds strength. "Opacity hides frailty," said the eloquent governor.

Social media, and indeed wider tech platforms, have a huge role to play in promoting these pillars. If any country can figure out a constructive framework for financial institutions to interact with consumers and the public through these new tech tools, it's likely other countries will emulate it. With this in mind, the Social Media Charter Association is holding our inaugural Global Regulators Summit this December.

The status quo, where banks are building "war chests" of money for fines into their forecasts and holding back from providing services because of compliance risks will only drive the industry's reputation further into the abyss. This is not good for profits, staff morale, or social cohesion.

Instead, industry must form a body that addresses these challenges, and shows the public and regulator it is dancing to a new tune: one that expounds creativity and ethics in technology use, not creative ethics.

Kitty Parry of Social Media Compliance will speak about the challenges for regulators in a social media era at Techonomy Policy, June 9 in Washington, DC. To attend, you can register here.