Azusa Pacific University, a Christian college, recently decided to fire a theology professor named Heath Adam Ackley (formerly Heather Clements) for coming out as transgender. It got me thinking about a basic conflation that I think conservative evangelicals like Russell Moore are making in how they react to transgender people. In my early 20s I went through a David Bowie phase in which I dabbled with androgyny and sexual experimentation as part of a romantic-libertine quest to "find myself." I called myself "bi-curious" not because I was ever actually attracted to men but because I wanted to be exotic and different like the queer friends I had adopted as an interesting hobby. What I did was actually sinful and narcissistic (I'll explain why later), but it was completely different from the experience of people who were assigned one gender at birth but identify with another.

In Origins of Totalitarianism, Hannah Arendt describes the role that Jews had in bourgeois, liberal continental European culture in the late 19th century, which played a part in sowing the seeds of anti-Semitism that would ripen half a century later. It was trendy to have a Jew at your cocktail party. It made you exotic and rebellious, especially if the Jew was an atheist, and even more so if he or she was queer. Of course, this exotic tokenism didn't translate into any genuine solidarity when the nationalist reactionaries used it to make "Jews" the symbols of, and the scapegoats for, bourgeois decadence when the libertine party culture came crashing down a few decades later with World War I.

I think queerness in white, American, bourgeois liberalism at the turn of the 21st century functions analogously to Jewishness in "bohemian," upper-class Europe of the late 19th century. Liberals fetishize queerness. Having a queer friend is the easiest way to be considered "open-minded" (whereas having a black friend, for example, is way more complicated), and it justifies indulging your libertine appetites. This is not the fault of people who are born into bodies that are wired differently from the default, "straightforward" gender identity and sexual orientation with which most people live. But there is a legitimately harmful libertine romanticism that needs to be disentangled from the real biological diversity of human beings whose existence should be validated but not fetishized.

As I mentioned above, what I did as a young 20-something was sinful. Why? Because I was playing around flippantly with something holy, trivializing God's beautiful gift of sexuality by making it into a navel-gazing, narcissistic venture. I wanted to fit in with the bohemians I lived with at the Collingwood Arts Center in Toledo, Ohio, so I partied, got high, and played around in my Rocky Horror Picture Show fantasy land. I worshiped created things instead of my creator. The infamous biblical clobber passage of Romans 1:18-32 could be legitimately applied to my behavior, because I experienced the degeneration and inner chaos of God's wrath as a result of it. The confusion and drama of that kind of lifestyle, compounded with my already naturally problematic brain chemistry, threw me deeply into depression. 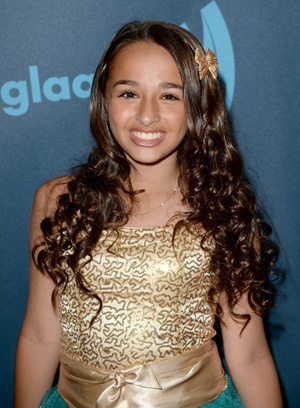 I have never had a close friend who is transgender, but when I read the stories of actual transgender people, like that of Jazz Jennings, a 12-year-old transgender girl (pictured here), it is incredibly obvious to me how utterly different their experiences are from the self-indulgent, romantic-libertine phase I went through in my early 20s. I imagine that conservative evangelicals probably assume that transgender kids are "created" by libertine, hippie parents who want an exotic, uniquely gendered child so that they can be the stars of their liberal cocktail parties. Who knows? Maybe there are some parents who delight in it for the wrong reasons. But it's utterly unjust to project that presumption onto people we don't know.

Obviously, in assessing the motives of strangers, you don't have much to go by other than their personal testimony, so here's the way Jazz's parents describe their attitude about Jazz's gender expression: "We don't encourage, we support. And we just keep listening to what she tells us." According to Jazz's parents, she has been traumatized by her male anatomy since she was a toddler. When their pediatrician suggested that she might have what was then called "gender identity disorder" (now called "gender dysphoria"), they went to a specialist, who confirmed it. Every step of the way, they set boundaries in such a way that if Jazz's gender uniqueness turned out to be just a quirky phase, she could "go back" to being a boy, but Jazz was insistent, so when she turned 5, her parents let her wear a girl's one-piece bathing suit at her birthday party, and she has presented and publicly self-identified as female ever since.

Now, for those of my fellow evangelicals who are skeptical about the diagnoses of modern psychology, let's take a look at what the Bible itself says. 1 Corinthians 7 is the most prominent discourse on sexuality in the New Testament (even though the issue here isn't technically sexuality). When we look at the underlying logic in Paul's pastoral discernment regarding sexual issues, it doesn't have anything to do with the gender complementarity that has become the reactionary conservative fetish to the liberal fetish of gender and sexual exoticism in our era. The underlying question for Paul in considering human sexuality is to minimize distraction.

Paul says it's better to be celibate than to be married because "the unmarried man is anxious about the affairs of the Lord, how to please the Lord, but the married man is anxious about the affairs of the world, how to please his wife" (1 Corinthians 7:32-33), but he recognizes that people who are wired differently than he is ("I wish that all were as I myself am, but each has a particular gift from God," v. 7) might be more distracted by abstinence than by marriage. So he advises that if you cannot overcome your sexual desire, then "it is better to marry than to be aflame with passion" (v. 9). Paul states the rationale for his nuanced advice explicitly in verse 35: "I say this for your own benefit, not to put any restraint upon you, but to promote good order and unhindered devotion to the Lord."

If, for whatever mysterious biological reason, a kid is spending her whole mental life scandalized by the male body that she's been born into, then doesn't that likewise constitute an obstacle to "good order and unhindered devotion to the Lord" that it's reasonable to try to overcome? It is the most profound theological malpractice for Russell Moore to say presumptuously about these circumstances:

We acknowledge that there are some persons who feel alienated from their identities as men or as women. Of course that would be the case in a fallen universe in which all of us are alienated, in some way, from how God created us to be.

Nothing is a greater abuse of the Christian doctrine of humanity's "fallen nature" than to use it as a means of dismissing other peoples' created uniqueness as a mistake. The fact of the matter is that the Bible says nothing prescriptively about what people should do when the gender that they were assigned at birth is not the gender with which they identify, or about how to distinguish the people who are "really" that way from the libertines who are "faking it." In fact, in Matthew 19:12 Jesus refers to "eunuchs who were born that way," the term "eunuch" broadly representing the ancient concept of people who don't fit in the world as regular males or females. When Christians try to turn Genesis 1:28's statement that "God created them male and female" into a prescriptive prohibition of the acknowledgment of transgender identities, it's about as reasonable as saying that astronomy is a sin because Genesis 1:14 says that stars are lights that God built into a dome in the sky. (Oh, wait! That sounds like what the church did to Galileo and Copernicus.)

The real reason that, in such Christians' minds, transgender or other gender-nonconforming people cannot be allowed to exist is that they represent an existential threat to the conservative evangelical fetish of gender complementarity. If God created some people both male and female, then how in the world can their gender expression and/or sexual orientation be adjudicated and policed by others? The biblical prohibition on homosexuality and gender transgression becomes meaningless if we can't say for sure that everyone is either fully male or fully female, which would mean that cisgender, heterosexual Christians don't get to give themselves a gold star for being "normal."

There are all sorts of "liberal" and "conservative" idolatries that we can fall into around sexuality and gender. We shouldn't be fetishizing either normalcy or exoticism. In both cases we are worshiping creation rather than the creator. I happen to think that we are best guided by Paul's pragmatic guiding principles in 1 Corinthians 7 of "promoting good order and devotion to the Lord" when we think about these matters.

If someone's "good order and devotion to the Lord" can be less disrupted by modifying their anatomy, or even just their gender presentation, to match their gender identity, then why should any reasonable Christian oppose that? When Russell Moore says that this smacks of the "Faustian myth of our own limitless power to recreate ourselves," is he willing to take this kind of anti-scientific stance consistently against the use of medical technology for other biological issues like helping kids who are born without vital organs or with genetic diseases?

What goes on inside the bodies and minds of transgender people is a mystery whose opaqueness we simply have to accept. To presume dismissively that they are fallen creation or self-indulgent romantic libertines has nothing to do with one's fidelity to God's truth (which remains beyond our grasp on this matter) and everything to do with the need to arrogate to ourselves a divine omniscience that allows nothing in life to fall outside the dominion of our knowledge.

I give God permission to create people who don't fit into my boxes. And I hope that one day there won't be any more hype about it, either from the liberals who want something to show the world that they're "open-minded" about or from the conservatives who want something to supposedly "stand up for God's truth" about. I just hope that in the future, families of people like Heath and Jazz will be able to quietly make the decisions that need to be made so that they can live in their bodies the way that the vast majority of us are privileged to live.