Robert Kuhn, an old friend, colleague, and producer of the amazing PBS program "Closer to Truth," has just published a most provocative piece at LiveScience titled: "The Singularity, Virtual Immortality and the Trouble with Consciousness." Will science replicate the human brain and thus produce the phenomenon we all experience our conscious "inner-self,"-what Plato and Freud called the "Ego"?

According to techno-futurists, the exponential development of technology in general and artificial intelligence ("AI") in particular -- including the complete digital replication of human brains -- will radically transform humanity via two revolutions. The first is the "singularity," when artificial intelligence will redesign itself recursively and progressively, such that AI will become vastly more powerful than human intelligence ("superstrong AI"). The second revolution will be "virtual immortality," when the fullness of our mental selves can be uploaded perfectly to nonbiological media (such as silicon chips), and our mental selves will live on beyond the demise of our fleshy, physical bodies.

AI singularity and virtual immortality would mark a startling, transhuman world that techno-futurists envision as inevitable and perhaps just over the horizon. They do not question whether their vision can be actualized; they only debate when will it occur, with estimates ranging from 10 to 100 years. 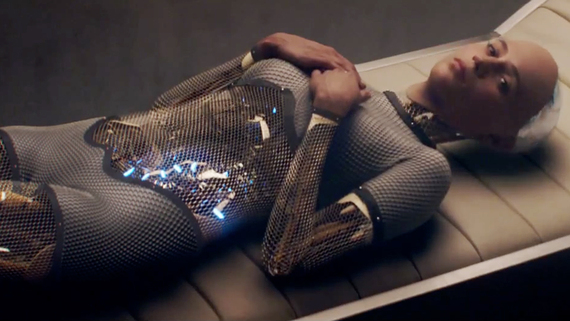 Kuhn, who has his Ph.D. in brain science has his doubts, but takes us through all the various views with clips and interviews from the best and the brightest in the field of the physiology and psychology of the human brain. A fascinating read.

I surely have no expertise in this field but I remain convinced that any such replication, however precise and infinitely complex, would remain as "dumb" as a more sophisticated version of Siri on my iPhone. More is more, but more is not consciousness.

On the other hand I think the idea of a "non-physical" component or aspect of the brain is perhaps a category mistake. Why denigrate the so-called "physical" to the four forces of physics as they are currently conceived--electromagnetic, magnetism, and strong and weak nuclear--when there might be "other" aspects of reality, whether one wants to use the term physical or not, being manifest through the 3 lb human brain. Many have argued that brain size (100 billion neurons for us humans) relative to body-rate is what seems to distinguish us from other creatures on the planet-but such is not the case, see "The Four Biggest Myths About the Human Brain."

I am not thinking so much here of the proverbial human "soul," conceived as a non-physical "entity" somehow inserted by the Divine into our physical world. This view is in fact based on a mistranslation-and thus a misunderstanding-of Genesis 2:7: "Then the LORD God formed man of dust from the ground, and breathed into his nostrils the breath of life; and man became a living soul" (KJV). The problem is twofold here. First, the term in Hebrew, "breath of life" (נשמת חיים) is not some mysterious non-physical component-but simply a reference to air-breathing creatures-human or otherwise (see Genesis 7:15 where it is used for land animals in general). Second, the term translated "living soul" (נפש חיה) has absolutely nothing to do with any idea of an immortal soul-it simply means any air breathing creature (see Genesis 1:30).

I loved the film Ex Machina as much as anyone but I nonetheless think we still have a lot to learn about the proverbial "mind body problem," and philosophers from antiquity to the present have laid out most of the parameters of the arguments.