I stared at the old man for way too long. I couldn't help it; he was so dear, sitting in his car smoking a pipe. Bald and wrinkly, he appeared a little weak, his back bending him toward the steering wheel while he waited for his lady, or someone. The furrowed brow said curmudgeon, but the twinkly eyes said heart of gold. Exactly how I like 'em.

He turned and saw me. I looked away embarrassed.

I have a history of this. My husband Marty is forever catching me looking longingly at old men. I don't want to date them; I want to have them over for dinner and serve bland food that's not too crunchy, then sit them by the fire, put a blanket on their lap and listen rapt while they speak of all things antiquated and simple. I want to hear about transistor radios, family secrets, love lost, and war. And I don't mind if they fart.

I crave a granddad. I guess it just stands to reason; I didn't get any when I was supposed to. My mom's dad ("Pop") died of a heart attack when I was one. My dad's father ("Granddaddy") passed on a few years later. The only thing I remember about him was that when he quietly mumbled the blessing at the dinner table, it sounded like, "Grace, five, seven, two, one." Actually, I might not remember that at all; my much-older siblings probably told me and I adopted it as my own memory. I have neither a grandfather nor any proper memories of one. It sucks. 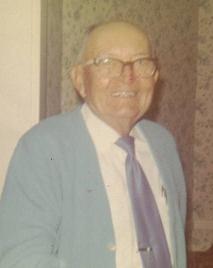 Above: Granddaddy Redfearn, my dad's dad.

My dad, who'd be 82 now, might have filled the old-man role well -- he was bald, grumpy, could be charming, had a gut, wore top-siders and Sansabelts. But he died 20 years ago. There are no cute old men in my life. Not one.

Not locally, anyway. Marty's got a distant relative who almost totally fits the bill. Lenny. I adore him -- he's in his mid-70s, a widower, bald, drives a baby blue Lincoln Continental, cuts a mean rug at weddings with a napkin tied around his head, is usually dating three ladies at once, is very sweet and conversational. And Lenny is a top-rate granddaddy name. But Lenny lives 400 miles away, in Ohio. He doesn't do me much good there, nor I, him. And so I just see him at big family gatherings every two years or so, and probably spend way more time by his side than is deemed appropriate.

And so it goes on. My PeePawlessness. My pining. 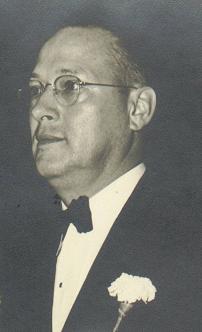 Above: Pop Schneller, my mom's dad.

Lately, I've been thinking: if you can adopt a child, can't you also adopt other family members? Can I just go out and get a granddad? If so, how is it done? If you find one you like, say, at the grocery store, how do you make the move? What do you say? And don't other families get jealous when you try to take theirs away? I'm guessing it doesn't go well. I'm guessing it's fraught with all manner of land mines.

I can't be alone in my yearning, can I? There have to be others who crave a sweet, old Paw Paw, too, and are wondering how to land one, for themselves or for their kids. And there must be nice old guys sitting around bored, family-less, and possibly depressed, just wishing they could come over to a busy home, get in an easy chair under a blanket and pontificate about Eisenhower over a hot toddy.

Somebody needs to start matching parties up. I'm thinking something like www.GranddadLocator.com would work. The traffic might be slow at first, but would explode over time, as couples now are having their kids later and later, thereby decreasing the chance that those kids will have live grandparents and increasing the likelihood that they will be just like me: walking around the planet hopelessly Pop Pop-seeking.

My ad would look something like this: Gramps in the Falls Church, Va., area sought. Bald or balding preferred. Roundish shape a plus, height unimportant. Must be charming, kind, and a listener, even if he can't hear very well. Being from the South and having that weathered look a bonus. Must be liberal leaning [this greatly reduces the available population, I'm afraid] and more of a humanist than a religious man [oh, the numbers just dropped again]. Smokers/chewers ok, but no bigots, and no prior arrests -- unless for civil disobedience. Can have kids and grand kids, but not too many who are local or nice. Must need me as much as I need him. But must not be not be too needy as I don't have all that much time on my hands. Must be slightly eccentric, and a little bit silly. Artistic or musical talent a plus. Must be relatively active, so we can go out and do things. Must love animals and have plenty of stories to tell.

Really, the prototype is Burl Ives. I guess I could just say that.

I tried this before, though. Sort of. Through Catholic Charities when I lived in New Orleans a long time ago. I was working part time as a photographer's assistant while my hoped-for freelance writing career was going nowhere. With extra time on my hands, I signed on to volunteer with some old folks. I couldn't have been more excited. I thought: We'll go to coffee houses, and to dinner, to the park where we'll sit on benches, and we'll talk of the days of yore. They will be my link to the mythical, unknowable past, and I'll connect them to the future, maybe tell them of computers.

Before too long, a match was made. I got assigned not just one older person but a whole family of 'em. It was an ancient and rickety mom (in her 90s) and her three quite old kids (in their 70s). They all lived together. At first things went well. We did go to coffee houses. That is, the kids and I. And they were chatty and sweet. And it was intimate; before too long, one of the ladies and I were talking laxatives, and she showed me her colostomy bag. They were good people.

But then things took a turn; the family cranked it up several notches and started ringing my apartment all the time, wanting rides all over the place and errands run for them. Night and day. I felt for them, but I couldn't be there for them full time. Right then, my career gathered a big head of steam, and I suddenly had almost no time to spend. That was a relief in more ways than one, sadly. I called Catholic Charities and bowed out, called the little family and said good-bye, and then meandered around feeling like a shit-heel about it for years.

That's why I'd be cautious now. The small old-folks tribe I encountered in New Orleans helped me learn that just the right balance must be struck between me and any potential surrogate granddads. The relationship can't tip and spin out of control like that. New granddad can't need me too much -- at least not right at the get-go -- or I'm afraid I'd just abandon him, leaving him alone and sad, and me pulsating with guilt.

Why not older ladies, too? Because I don't need any. I got a nice, healthy serving as a kid. My mom's mom, though rather distant, was physically around us for a long time, dying in her 90s. And my beloved, long-time babysitter/nanny was the quintessential grandma type -- compassionate, rock solid, deep thinking and bosom-y. The kind of grandmother one dreams about -- so filled with truth and integrity, she practically gave off a golden mist. My mom found her in the Palm Beach Post classifieds when I was a few weeks old, and she was with me until I was 14. That's when she died. That was a terrible loss, but she was present and wondrous for enough of my teeny-tiny years that I was not left permanently scarred with grandma cravings when she went. Eve was her name. And now Eve is the name of my child.

Not only that, but there is a woman on my block -- Mary -- who fulfills any remaining need I might have for an adopted female forbear. We are pals. She calls herself Grandma at the Bottom of the Hill, and signs her emails GATBOTH. She is white-haired, energetic, sarcastic, sweet and perfect. I have no need, then, to launch a website to find a grandmother.

When I get my new grampsie some day -- through GranddadLocator or the grocery store -- my family won't understand, and neither will Marty's. They will think it's something strange, and maybe -- god forbid -- tawdry. But who cares? Probably new granddaddy will get duff from his side, too. We can sit and laugh about it and become even more bonded over sidecars in thick tumblers. And we will laugh. We will laugh until he starts coughing. And then I will go and get his inhaler.