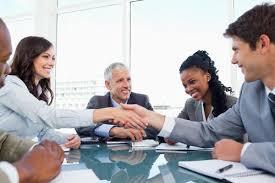 Women have fought for equality in the workplace for many decades now. As much as we hope that this problem is being addressed it is still prevalent within many companies. Men are told to think like a woman and women are told to act like a man. This advice tends to reinforce stereotypical traits like empathy for women and aggressiveness for men. And while these stereotypes are often exaggerated, research shows that men and woman have very different characteristics and it plays an influential role in the workplace.

Women working in male-dominated businesses are at an all-time high, but their earnings still are much lower. Women in corporate earn only 79% compared to their male counterparts.

• The vast majority of women sales positions have been largely mentored, trained or managed by men.
• Women try to mimic their method of communicating or selling and that is like fitting a square peg into a round hole.
• The cycle keeps repeating itself and as result, women in the business world often struggle to reach their true potential.

Men and women often have obstructions that prevent them from seeing the other gender in the clearest and best possible light. They can't seem to communicate effectively. They don't know how to listen and what to listen for. It's time for a cultural shift in the way we think.

Authors Barbara Annis and John Gray of the book Work with Me, refer to this shift as "gender intelligence". They describe it as an awareness of the intrinsic nature of men and women beyond the physical and cultural. An understanding of an appreciation for our differences. To first understand the nature of our differences and then gain the insight as to how to nurture, develop and complement our differences while being careful not to deny our own uniqueness or values and that of the other person.

Men and women listen differently. Men listen for what the point is or what the problem is and women gather all the information; they want to know all of the details before giving an appropriate solution. They typically need a beginning, middle and end. Which means women and men need to be communicated to differently.

The key is to listen to what's being said and to specifically address that. By simply asking the right questions and stopping to listen you will typically get all the information that you need to solve a problem, address a concern and ultimately give your client or colleague what they're looking for.

Women typically ask more questions than men. Research indicates that female salespeople are better at establishing a long term relationship with a customer because they are typically good listeners and are perceived as being empathetic to the customers' needs.

So, all in all women are better listeners and more patient, whereas men are more direct and more confident in asking for what they want including asking for the sale. Both genders bring tremendous value to the workplace and when these skills are combined together they can make the biggest impact.

When men and woman take the time to understand these differences it will allow them to understand where the other person is coming from and they can adjust their communication style accordingly. It is only by accepting and respecting such differences that both genders can find greater harmony with each other.