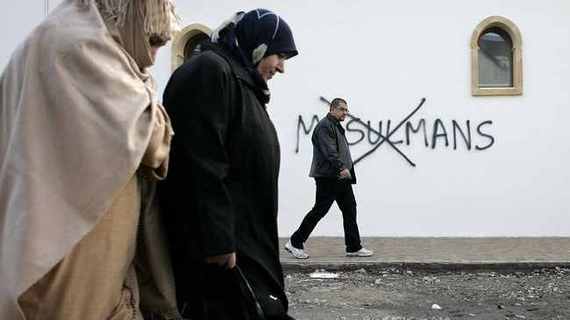 "Why exactly are you here?" This is the question I was asked by a UK Border Control official at Heathrow Airport last year, on arrival in London. Now you would think that that's a pretty reasonable question to ask a foreigner visiting your country right, after all it is standard practice all over the world isn't it?

Except, I'm not a foreigner, I'm British - born and raised in the UK and I was coming home. Was the official already aware of this? Of course he was. He was holding my British passport in his hands. None of the other Brits returning home around me were asked the same question. Why did they have a greater entitlement to be there than I? Could my unmistakingly Muslim name and Pakistani origins have anything to do with it?

To be honest the official's question didn't come as much of a shock at the time given that I always have 'random checks' done on me by airport security every time I fly out of the UK. It can't surely be just sheer coincidence. My airport experiences are not unique, it's something that a lot of British Muslims go through - and my experiences are even pretty tame compared to others. Only last year Channel 4 News - a prominent news broadcaster in the UK - complained about one of their award winning British-Somali journalists Jamal Osman being regularly stopped, detained and threatened with strip searches at Heathrow Airport. Osman, who gained British citizenship after seeking asylum in the UK, doesn't think he's really seen as British. This is a sentiment that is shared by Muslims in Europe generally - that we are not fully regarded as citizens of our countries and the recent attack on Charlie Hebdo has just made this worse.

The discourse following the attack has disappointingly, but not unexpectedly, been put in very simplistic terms - the 'you're either with us or against us' discourse that so often prevails at times like this. In this case it's 'you're either for freedom of speech or not' and to criticise Charlie Hebdo and their decision to use an image of the Prophet Mohammed on their latest cover puts you in the latter camp. 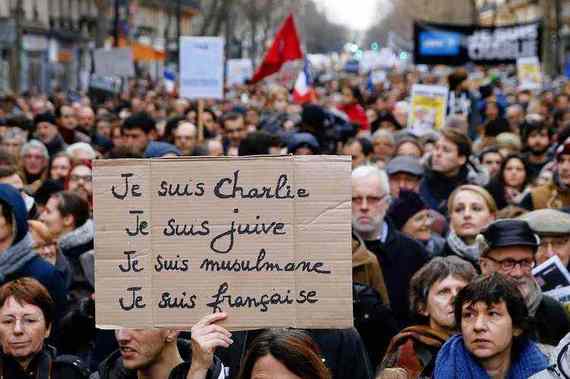 However freedom of speech does in reality have its limitations and should have its limitations on ethical grounds. Before I carry on, let me be clear that the attacks on Charlie Hebdo and the kosher supermarket were horrific acts of unjustified violence - and that I too believe in freedom of speech and its corresponding right to offend, and I have greatly benefited from this freedom myself.

Nevertheless freedom of speech is not just an entitlement to express yourself as you wish, but it's also a choice to do so. With freedom of speech comes the responsibility to use it ethically, and when your freedom of expression undermines the freedoms of others such as the freedom to live peacefully - surely that's when a line is drawn. That's why holocaust denial is illegal in several European countries, including France and Germany. And that's why in France the shows of the comedian Dieudonné M'bala M'bala are banned on grounds of anti-Semitism. And that's why I was uncomfortable with Charlie Hebdo's cover of its latest edition - not because of the offence caused but because it threatens to encourage further anti-Muslim sentiment particularly in Europe (at a time when it's already very high), and therefore the rights of Muslims to live there without fear and discrimination.

Interest in Charlie Hebdo has never been higher. They printed more than seven million of its first edition since the attack, which made headlines all over the world. In other words, it got huge exposure. They had an opportunity to disassociate the killers from Islam, but instead, using the Prophet's image on the cover, did the opposite and reinforced racial stereotypes.

However my main concern is more the use of the words "All is forgiven" that accompanied the image. Exactly who are they forgiving? It can't be the killers who are already dead. It therefore associates all Muslims around the world with the attack. I have nothing to do with this attack and nor do I have anything to apologise or be forgiven for. Suggesting that I, or all the other majority of peaceful Muslims across the world, do so is both irresponsible and dangerous. It's ultimately Europe's Muslim communities that will mainly bear the brunt of this. 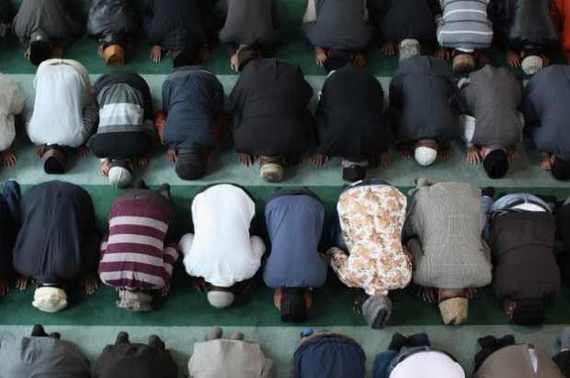 We're already seeing this. In the aftermath of the Charlie Hebdo attack, there has been a rise in attacks against Muslims in Europe. In France, over 50 such attacks have been reported. In the UK, mosques and other Islamic institutions have reported a sudden spike in the number of threats they have received. Germany had already been seeing weekly anti-Islam rallies, some of the biggest demonstrations of their kind, even before Charlie Hebdo. The attacks have played right into the hands of the organisers, giving them fresh ammunition with which to attack the Muslim community with. Furthermore all Muslims are being asked to explain the attacks, in a way that no other community would be expected to do.

Even before Charlie Hebdo, anti-Muslim sentiment in Europe was already at worrying levels. Europe had already been seeing a swing to right-wing anti-immigration politics. And these politicians have been looking to take advantage of the Charlie Hebdo tragedy in order to make electoral gains. If this wasn't troubling enough, Muslims have long had to deal with discrimination in day-to-day life, particularly in employment. Recent research in the UK found that British Muslims are facing the worst job discrimination of any minority group in the UK and they had the lowest chance of being in work or in a managerial role. Muslim men were up to 76% less likely to have a job of any kind compared to white, male British Christians of the same age and with the same qualifications. And Muslim women were up to 65% less likely to be employed than white Christian counterparts.

And then there is the fear. The fear felt by Muslims of further terror attacks or crimes carried out supposedly in the name of Islam and the repercussions for us, our place in society and our safety in our own homes. The number of anti-Muslim hate crimes rose significantly in the UK after a British soldier was brutally killed by two Muslim converts, according to a study published last year, with Muslim women wearing traditional Islamic dress most likely to be targeted.

To add to all of this, the rest of us are often expected to explain and apologise for the actions of a few mad men, whose actions we cannot understand ourselves. I don't recall the Christian community having to do the same when Anders Behring Breivik killed 77 people in Norway. The double standards we face are very real and I was very relieved to be in Egypt and not Europe, when news broke out that gunmen had opened fire on Charlie Hebdo staff.

And what about the media's role in all of this? The European media has long been disproportionately targeting Muslims and reinforcing negative stereotypes and Charlie Hebdo was no exception. Though Charlie Hebdo was known for targeting all faiths, it did target Muslims disproportionately. One of its own former journalists, Olivier Cyran acknowledged that following 9/11 an "Islamophobic neurosis gradually took over" essentially enabling the stigmatisation of a minority community "with no influence in the corridors of power". 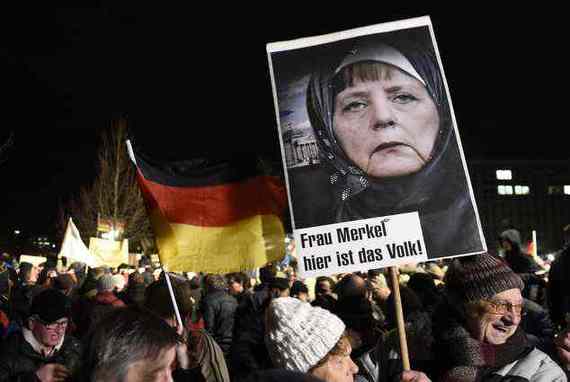 The findings of a 2012 UK report by Unitas Communication - a cross-cultural communications agency - demonstrated an overwhelming trend of negative and inaccurate reporting on Muslims, which correlated with an increase in Islamophobic sentiments and attacks on British Muslims. Inaccurate reporting - is this not an abuse of freedom of speech?

It has been heartening to see an increase in coverage of support for the wider Muslim community during times of hostility over the past year, in a way that I personally don't recall before. From the condemnation of Rupert Murdoch and others who have suggested Muslims are to blame for the massacres in Paris to the pro-Muslim rallies to counter the anti-Muslim ones in Germany. The German Chancellor's recent declaration that "Islam belongs to Germany" provides some hope that Europe is finally waking up to the dangers of that stigmatisation for society and social cohesion.

But until there's a greater balance in the discussion on the Muslim community, and sheer logic that's applied to other communities (that you can't blame everyone else for the horrific actions of a few mad men) applied to Muslims, Europe's Muslims will always be the 'other' in their own homes or as one senior British politician put it recently "unwanted citizens".

In this the media has an important role to provide fairer and more accurate reporting of the Muslim community - rather than stoking hysteria. That's not to say they shouldn't criticise the Muslim community, but certainly they need to use their freedom of speech wisely too.