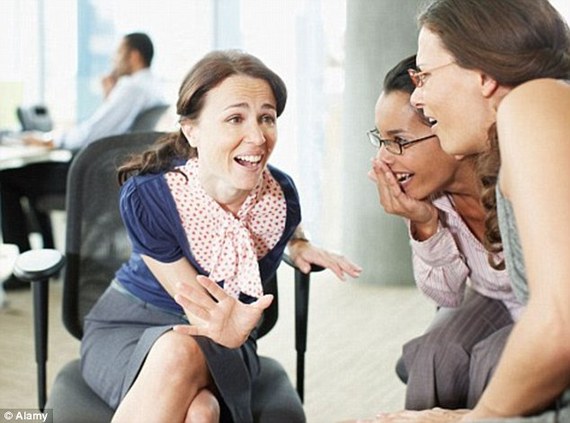 "Tracy, the last time you were in, you talked about your dating life. Is that where you'd like to start today? I know this has been an area of concern to you."

"Is that his first name?"

"No, I've been dating a guy who graduated from the Yale."

Tracy isn't my only client who's used such nicknames to describe someone else in their life. Guys are just as guilty of this seemingly innocent offense too: "I went out with 'legs' last night."

Not all people commit this apparently small social faux pas, but for those who do, it's important to understand what's driving this behavior.

In a session with a client one day, it occurred to me that when we use descriptive language like "Yale" or "Legs" to describe someone else (rather than calling them by their given name), we keep people at a distance. In essence, we depersonalize the person as a way to feel in control and safe.

The only problem is that it's a small way we begin to lean toward objectifying another human. When this happens, one person whittles away another person's complex inner life into something that's more manageable for them. To maintain a position of power, they're effectively describing the other person as "less than" they are.

In most cases, we're not even aware of why we do this.

Can These Nicknames Really Cause Problems?

Endearing nicknames are motivated by admiration or love, although some endearing nicknames may carry with them a twinge of criticism, shame or embarrassment. But those names are most often used when one person lovingly speaks to the nicknamed person. On the other hand, objectified nicknames (even innocently intended) ultimately depersonalize people.

Different degrees of depersonalization exist. Take for instance an athlete who just lost a big game and talks about him -- or herself in the third person or by way of a collective pronoun: "We just couldn't get it done tonight." He or she is unintentionally depersonalizing his or her own failure in "getting it done tonight." By refusing to say "I," he or she has chosen to detach him -- or herself from the negative outcome of the game. This is oftentimes subtle, but the same motivation drives those who use objectified nicknames for others: to detach themselves from the other person.

Such seemingly innocuous nicknames take away the dignity, love and respect that ought to be due to all people. A single part of your history, appearance or character does not constitute your whole self.

What do you think may be ultimately motivating you to objectify others in this subtle way?

It can be difficult to root out the reasons we may engage in such nicknaming. For instance, perhaps Tracy, so internally fearful of yet another dating relationship ending too soon, is simply protecting herself from getting too close too fast. "Yale" is much less threatening than "David." But in depersonalizing David, she could be preventing herself from being known by David as well as getting to know David. Consequently, her dating patterns remain the same and she drops "Yale" to pursue "Stanford."

And as long as a man always refers to someone he's dating as "Legs" (or something more lewd or suggestive), he will never get to know her as a person with a family and hopes and ideas of her own. By reducing her to "Legs," he unwittingly bars himself from having to truly get to know her as a whole person.

In both instances, an internal fear actually drives the use of calling a person by an objectified nickname.

The issue may seem relatively small (after all, they won't find out about it, right?), but the implications are deep. Our culture already suffers from too much overt objectification by both men and women. Maybe if we could become more aware of the simpler and less aggressive forms that objectification takes in our lives, the larger issues of depersonalization that have given rise to increased sex trafficking and pornography use would likewise lessen.

Are you someone who has a tendency to use nicknames in a depersonalizing way?

To combat this issue, consider if you use descriptive language in a more detached way when describing someone at work, someone you're starting to date or a new acquaintance. Ask yourself why you use this type of language.

Are you pushing him or her away for any reason?

Are you fearful -- of being hurt, of being loved, or of being let down?

Does granting these nicknames make you feel powerful in any way?

Why do you need that facade of power in the first place?

To learn more ways to improve your communication and connection with others, check out my new book The Story We Tell Ourselves.

Scott Gornto
A therapist, speaker, and author based in Dallas, Texas. As a therapist he counsels individuals, couples, C-level executives and leaders.

Relationships Marriage Communication Dating Therapy
This Blogger's Books and Other Items from...

The Stories We Tell Ourselves: Stop Jumping to Conclusions. Free Yourself from Anxiety. Transform Your Relationships.
by R. Scott Gornto