How dogs and cats may help your heart.

Back when she was younger and friskier, I used to bring my golden retriever with me to the UC Berkeley campus for some of my lectures. She'd plop her furry frame down next to me while I was speaking and flash her classic "golden smile" at the hall full of students. There's nothing scientific to this, of course, but I'm quite certain that everyone in my class was much more happy when she was around than when I came to class without her. (Sometimes I think they would have preferred that she ran the class!)

Pets make people happy. It's hard to argue with this, although not everyone is an animal person, of course. Still, about 60 percent of American households have at least one pet, and there are about 165 million cats and dogs here--perhaps more than half the human population. It's, pretty clear that our furry (and sometimes feathered or scaly) friends bring joy to our lives.

But do they do anything to benefit our health? There's some good evidence out there that the answer is yes. 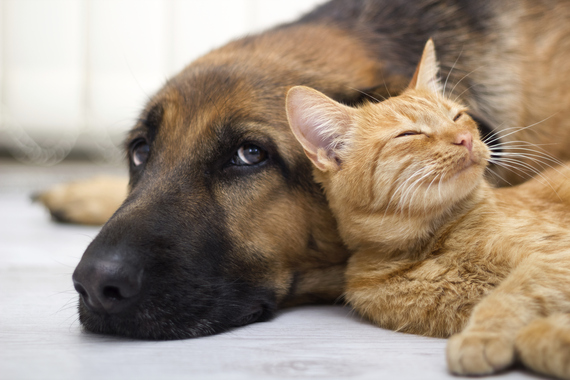 Find out how Pets May Help You Live Longer.

Let me start with a cautionary note, though. Most of the studies that have been done on this subject are observational studies, not randomized, double-blind controlled trials, the gold standard of science. It would be challenging, if not impossible, to randomly assign 100 families to adopt a dog or cat and raise it for the rest of its life, and assign another similar hundred families to stay pet-free for the same period of time. And, of course there's no way to make this a double-blinded trial! These research limitations mean that we can't say with certainty that having a pet directly causes specific health improvements. But it's true that quite a few studies (more and more every year) show that pet ownership is associated with better health in a number of ways.

An Affair of the Heart

Lowered blood pressure, lowered cholesterol, lowered heart rates--even improved survival after a heart attack? Can having a pet around really improve your heart health that much? There are quite a few interesting studies suggesting that maybe they can. Let's take a look:

• Dog owners were significantly more likely than people who did not own dogs to still be alive one year after a heart attack, regardless of the severity of the attack, according to an analysis from scientists at the NIH.

• While I'm not a cat person myself, I should still note that a 2008 study found a decreased risk for heart attack, stroke, and other cardiovascular diseases among people who owned cats.

• Another study looked at married couples, about half of whom owned a pet. The people with pets had significantly lower resting heart rates and blood pressure than those who didn't.

• Hospitalized patients with heart failure started to walk sooner, and were able to walk farther, when walking with a therapy dog.

• Another study found that having your dog in the room lowered heart rates under stress better than blood pressure medication!

• Quite a few studies have found that people's heart rate and blood pressure tend to go down when they are stroking a cat or dog.

In fact, the growing weight of evidence suggesting that pet ownership is good for your heart even prompted the American Heart Association to issue an official statement in 2013, declaring that "[o]wning a pet, particularly a dog, could reduce your risk of heart disease." 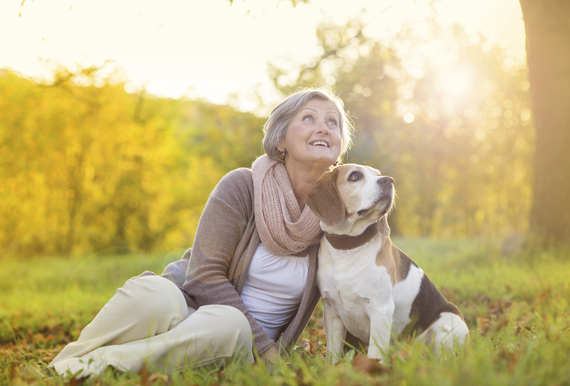 Beyond heart health, having a pet--and sometimes even just being around one--has been associated in many studies with lessened depression and loneliness, higher self-esteem, and improved stress levels.

This can be particularly important for elderly people, who can often be isolated and in need of social support. You've probably heard about the many successful pet therapy programs in nursing homes and assisted living centers across the country, where dogs (and sometimes cats) are brought in by volunteers to visit the residents. Research has shown that animal-assisted therapy (AAT), as it's called, can ease agitation, depression, and aggression among nursing home residents with dementia, and help get them engaged in social activities.

At the other end of the life cycle, pets can be good for children. Besides teaching them responsibility and showing them unconditional love, there's a good-sized body of research, dating back at least a decade, suggesting that having pets in the home may help reduce a child's risk of developing allergies and asthma. One study found that children who had a cat or dog in the home during infancy cut their lifetime risk of developing pet allergies by as much as half. Very preliminary research suggests that people who have these animals may actually experience changes in their body's microbiome. 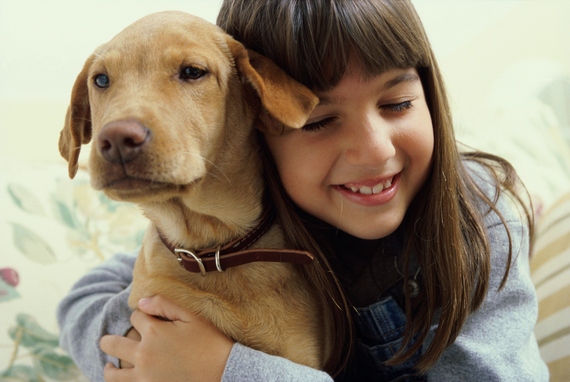 What about other types of pets? That's much less clear. There have been some studies, though, involving people who own fish and even snakes (like the doctor I used to know in Berkeley who carried a boa constrictor under his sports jacket), showing that there is some psychological benefit to having those animals. The vast majority of the evidence, however, focuses on dogs and cats.

There's a flip side to all this, of course. Having a pet doesn't come without costs. The obvious is financial: pet food, cat litter, and veterinary care, just for a start. Then there's the emotional cost of losing a pet. I'm still not over losing my beloved golden retriever, who passed away a couple of years ago. My wife and I have agreed that we're still a little too raw to bring another dog home. And although most illnesses that affect cats and dogs cannot be passed to humans, there are a few health risks, like cat scratch disease, a mild infection transmitted by cat scratches or bites.

Still, when you put all of the positives and negatives of having a companion animal on the scale, I think the see-saw really falls on the positive side. This isn't to say that you should go out and adopt a dog just because you think he'll help you avoid a heart attack. But even if your pets don't necessarily bring more life to your heart, they'll definitely bring more heart to your life.