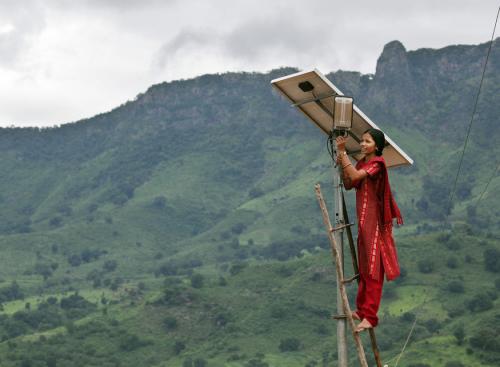 Access to finance is the largest near-term barrier to ending energy poverty for hundreds of millions around the world -- and foundation capital may be critical to overcoming it.

With conspicuously little fanfare Swiss asset manager ResponsAbility, which manages over $2.5 billion in assets, unveiled a milestone for clean energy access markets: the first dedicated debt fund, totaling approximately $30 million. The fund aims to solve one of the largest financial barriers facing this market, working capital needs, with loans ranging from $500,000 to $3 million for short tenors (6-24 months) at interest rates in line with market rates and risk profile. That money means companies can finally begin to scale their solar offerings and make serious headway in ending energy poverty with clean energy.

ResponsAbility and its partner investors, including the IFC and the Shell Foundation, pulled the trigger on this fund in part because they see tremendous economic opportunity. In sub-Saharan Africa, for example, the market for solar portable lights alone has grown by 90 percent annually for the last four years. In Bangladesh the solar home system market has grown at an astounding 60-percent compound annual growth rate for the last decade, reaching 3 million systems. And in India Prime Minister Modi has pledged "solar for all" 400 million living beyond the reach of the grid. All of which amounts to a solar revolution in dire need of capital to fund growth.

That's because despite this rapid growth, market penetration in key geographies is still only 3 to 4 percent, meaning there's enormous economic opportunity yet untapped. Innovations in business models, coupled with declines in the cost of components like solar panels (and rising kerosene prices), are opening new opportunities for companies to deliver on that promise with affordable, high-quality products that can serve the needs of over 2 billion people worldwide who lack access to reliable, affordable, and clean energy. The best part is that these products don't require new disposable income, because households already spend around $50 to $150 annually on dirty and dangerous energy like kerosene. Simply diverting that expenditure to clean energy reduces health impacts and improves environmental outcomes at the same time. 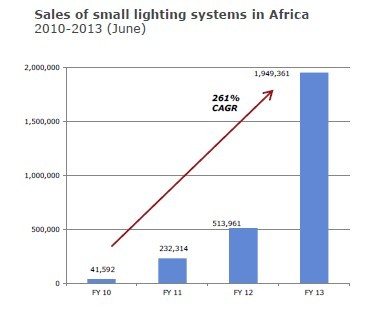 But just how did this fund, long demanded by a small but rapidly growing industry, finally come to be?

It turns out foundations, and a little-known financial tool we in the US call a program-related investment (PRI), were essential to making it happen. PRIs are a way foundations can invest their capital, rather than give it away as a grant, in a highly motivated way without necessarily demanding market rate returns that may be nonviable due to the nascent stage of market or company development. That means that for socially or environmentally motivated foundations, it is possible to bridge the "valley of death" for companies that seek to achieve our goals. It also means we can step in where market failures exist or where purely commercial investors are waiting in the wings to see track records proven before investing, due to perceived risk.

But here's the rub: According to the best available data compiled by PRIME, foundations made fewer than 5,000 PRIs between 1998 and 2010, and together those investments constituted less than 2 percent of total grantmaking. Worse, the portion that was dedicated to energy investments was roughly 1 percent of that total (about 40 million USD). That means an important financial tool for unlocking clean energy may be sitting on the sidelines. 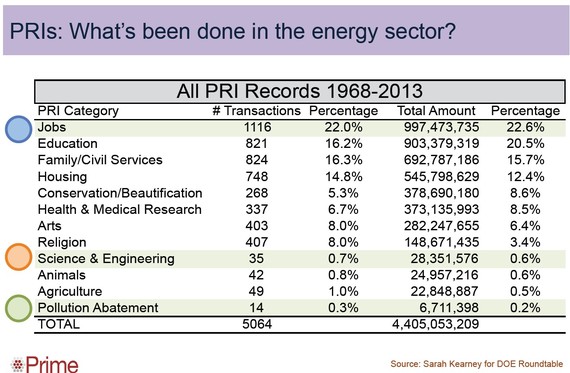 Which brings us to the potentially groundbreaking role of PRIs in the ResponsAbility fund. It turns out the Shell Foundation took a junior 'first loss' position in the capital stack. Taking that more risky position (committing to lose their money first should things head south) helped bring in IFC dollars. In essence, their relatively small investment not only brought in millions more but brought in the reputational heft of the IFC. More importantly, it provides IFC with its first exposure to a fund dedicated to the needs of this space. That means that if all goes well, the IFC could bring its much-larger balance sheet to future rounds of investment, something that simply would not have happened absent the concerted efforts, and special financial tools, of the Shell Foundation.

Simon Desjardins, Portfolio Director of Access to Energy at the Shell Foundation, put the role of the foundation's capital and this fund perfectly: "This fund will provide validation to the wider investor community that this market segment is indeed creditworthy." That's exactly where PRIs should play.

With a wide range of conversations swirling thanks to the growing strength of the divestment movement, we in the foundation community have a lot to think about in terms of getting the best bang for our investment buck. The Shell Foundation has shown us an incredibly catalytic way to drive investment using our dollars to leverage that momentum and the real money that sits outside our foundation endowments and grant budgets. We'd do well to follow that lead.