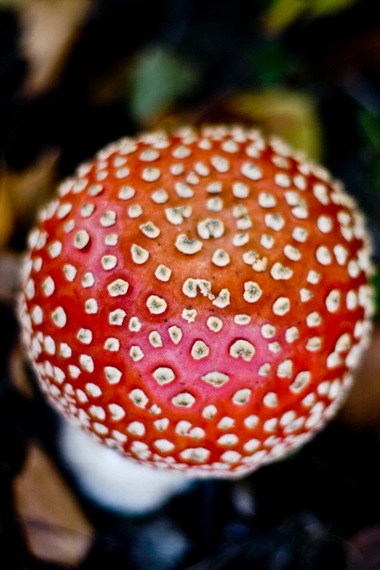 We all experience social rejection differently. Some shrug it off; others dwell on it, feeling the hurt for days and months after relatively minor incidents. Those feelings, which can start a negative feedback loop, are hard to control, hard to understand, and, according to a new study, treatable with with psilocybin, the psychoactive substance in "magic mushrooms." The research represents another in a series of studies indicating that potent hallucinogens, which can be difficult to study because of substance control statutes, might have measurable health benefits.

Inverse spoke to lead researcher Katrin Preller, who published her work in the Proceedings of the National Academy of Sciences about the practical application of psilocybin and the broader applicability of her research.

Just to be clear, we're not really talking about mushrooms, right? Just psilocybin?

We didn't give any mushrooms to anybody. It's all synthesized psilocybin, it's chemically derived. Because, of course, if you have the mushrooms themselves there's other substances in there, and it's also hard to define the dose. We used pure psilocybin.

As the study notes, psychiatric patients frequently experience social rejection. This study was conducted on mentally healthy individuals. Will you repeat the process with subjects who suffer from problematic social anxiety?

We are using a hallucinogenic compound that's illegal in most of the country so the first stage is usually testing animals. The next stage is testing healthy humans as we've done here. It's easiest to research healthy participants and, with this particular study, we wanted to understand the mechanism of if it works first.

If you have no hint of potential effect, you don't want to try it with patients who really need treatment.

There's been lots of research about the benefits of hallucinogens in mental health, but this particular study focused on alleviating feelings of rejection. With that in mind, do you see this having specific implications for people with disorders like Borderline Personality, who present with a heightened sensitivity to, or fear of, rejection and abandonment?

Absolutely. There's BPD and then the other obvious example is social anxiety disorder. And then there's also depression. If I walk down the street and I see someone I know and he doesn't greet me, I think, 'Well, he probably didn't see me.' But a depressed person gets into this vicious cycle of, 'What did I do wrong? Why doesn't he like me? So these are the three particular disorders where people are showing the most prominent rejection-sensitivity. In the criteria for psychiatric problems, you find social deficits in pretty much all of them.

Do you have plans for follow-up research? What's the next step here?

The first aim was to explore the pharmacological mechanism. Of course, one benefit would be for someone to pick that information up and develop a medication targeting the receptors and transmitters that we identified, but that's complicated and we cannot do that ourselves here in our lab. We are currently preparing for running another such study with psilocybin and depressed patients.