Religious institutions have, at times, been at the forefront of progress by engaging in forceful spiritual leadership. The engagement in Cesar Chavez and the United Farm Workers grape boycott in the 1960s, for example, was part phenomenal leadership, part righteous struggle. But where are we more than half a century later? 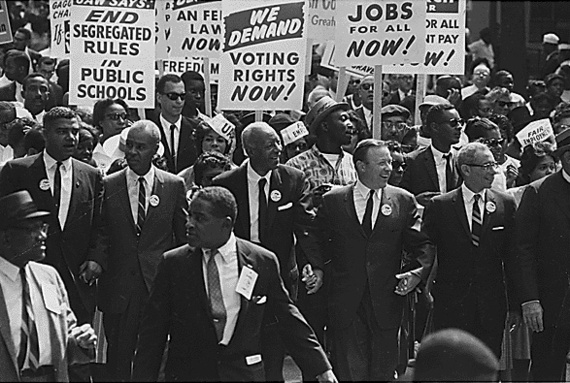 We have many past examples that continue to inspire us. While most Americans know the pivotal impact of Rev. Dr. Martin Luther King and the Southern Christian Leadership Conference in the Civil Rights Movement, there were many other figures who had prominent roles in similar religiously-inspired movements. Rev. Dr. Anna Howard Shaw (1847-1919), for example, overcame enormous discrimination and not only earned a medical degree from Boston University, but also was ordained a minister. Additionally, she was a formidable speaker, and lectured throughout the United States and Europe in favor of women's suffrage, temperance, and Progressive causes that she believed would relieve the exploitation of women. Typical of her inspirational oratory is this 1888 speech to the International Council of Women:

...let me in the name of my master say to the young women here today if you have a bit of truth, hold fast to that which God had given you; let no power, no injustice, no obstacle, no scorn, no opposition, let nothing extinguish the flame.

Subsequently, Rev. Dr. Shaw served as president of the largest women's suffrage group, the National American Woman Suffrage Association, from 1904-1915, when the cause was rapidly growing through successful endeavors. She summed up the strength that her faith had given her throughout her life: "Nothing bigger can come to a human being than to love a great Cause more than life itself, and to have the privilege throughout life of working for that Cause." 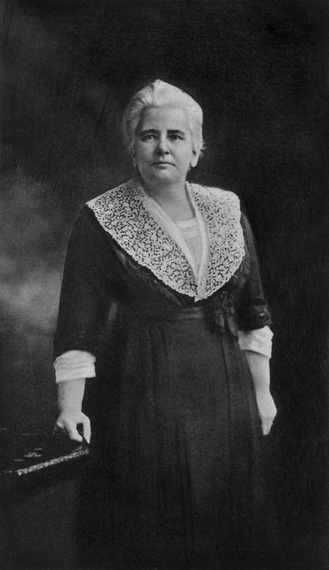 Unfortunately, even in contemporary America, radical actions against the poor and the vulnerable compel people of faith to act. In the last several years, the North Carolina Governor and legislature, for example, have acted in concert to take extreme reactionary measures against such people, refusing to expand Medicaid (preventing 500,000 from affordable health care), cutting the education budget by $1 billion, repealing the Earned Income Tax Credit (thereby raising taxes for 900,000 poor people) while cutting taxes on millionaires, cutting back unemployment benefits, and passing perhaps the most restrictive voter suppression law in the country.

In protest, thousands of North Carolinians gathered at the state legislature in April 2013, with many committing acts civil disobedience to protest such actions taken by their government. This gathering morphed into a weekly event that has since been called the "Moral Monday" movement. The Rev. William Barber, President of the North Carolina NAACP and a leader of the Forward Together movement, helped inaugurate the weekly "Moral Monday" gatherings at the North Carolina state legislature, issuing a statement, "Why We Are Here Today" to lay out the rationale of the movement. Rev. Barber began with a religious theme:

The book of Micah asks us, "What does the Lord require of you? But to do justice, love mercy and walk humbly with God." It is in a spirit of openness to the prophet's question that we gather here as people of faith and citizens of North Carolina.

As people of faith, we understand that we have been called to be the voice of the voiceless and the shepherd of G-d's beloved community. What we do here today is only what any responsible shepherd does to alert God's flock to the presence of the predators of democracy.

Fortunately, though we may not be facing issues this dramatic in our local communities, we can still explore ways in which our faith inspires our public leadership. It is an imperative of all those who call themselves people of a principled faith to examine how far they are willing to go to protect those who are in the most desperate need. How can we ensure that every church, mosque, and synagogue pays its workers a living wage? Only uses contractors who belong to unions? Limits its animal product intake for the sake of human health, the environment, and animal welfare? Engages in eco-friendly activities? Is inclusive to its own minorities and disenfranchised members? Could religious institutions throughout America follow the North Carolina grassroots movement and institute a national "Moral Monday" movement?

In short, how do we ensure that religious institutions are robust engines for change and social progress like they once were? To be sure, I have witnessed many positive models today that are bold and transformative. I have been to churches near the Mexican/American border that offer asylum to poor immigrants. I've been involved with the creation and destruction of the Tav HaYosher, an ethical seal model that is given to kosher restaurants that demonstrate a commitment to not only following the laws of kashrut, but also worker fairness and justice. I've been in countless churches and synagogues that feed and house the homeless. Religious institutions are at the center of the #BlackLivesMatter movement.

Perhaps the greatest contribution religious leaders and spiritual institutions have to contribute in the twenty-first century is giving a spiritual and practical framework for people to understand moral living by ideal and example. For religion to once again be front and center on creating positive agitation for change, it must preach less and model more.

Rabbi Dr. Shmuly Yanklowitz is the President & Dean of the Valley Beit Midrash, the Founder & President of Uri L'Tzedek, the Founder and CEO of The Shamayim V'Aretz Institute and the author of nine books on Jewish ethics.