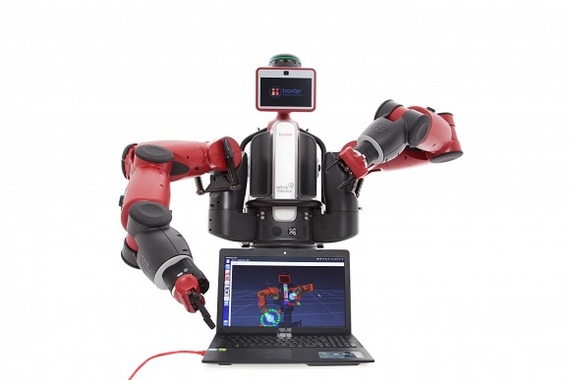 An enormous volume of software development is done overseas. The labor is cheaper and many countries have done a good job of training a large number of people to be competent developers. But history tells a story of machines and robots replacing people. This may be what is about to happen to overseas developers. And yes, once again it is robots that are taking their place.

Matt Munson and Will Iverson are founders of a company that specializes in what they call Continuous Delivery. This is tech speak for software that writes software. Their Seattle-based company is called Dev9 and in the last five years it has pioneered a new frontier in software development.

"When a company wants to roll out an update to their site, say a large travel site that has thousands of pages, it can take weeks for people to check for bugs and mistakes," says Munson. "That is especially true when you are working with an overseas team that is 12 time zones and a common language away."

Dev9 effectively replaces the need for a large portion of human software development by utilizing specially programmed servers. Highly skilled teams of designers program servers to perform mass functions with exacting precision and at speeds that humans could never recreate. Teach the servers what to do, and then let them do it.

According to Iverson, the benefits can be enormous. "If Continuous Delivery is done correctly, it can eliminate human error, reduce the rollout of new software from weeks to just minutes, and yes, it's cheaper."

"At this point, computers can be taught to perform describable functions," says Munson. "That means you give it a set of rules to live by, or patterns to watch for, and it will do that. So software developers are still necessary to program that behavior, but they are expert developers, not entry level."

But how much longer will so-called experts keep their jobs? It is hard to say. But Bill Gates has publicly stated that he believes technology will have drastically changed labor demands within 20 years. That may be a conservative estimate.

The second decade of the 21st century has already been highlighted by the automation of functions that we thought would always be human. Already driver-less cars are on the road, computers have replaced waiters in many restaurants, and now computers are being taught to program themselves. It begs the question, what will be the last human job on earth?

Munson thinks he knows. "We like to joke that the last job in history will be a developer. It will be the person who writes the last code that teaches a robot how to do his own job."

We may be decades away from that happening, but we can expect Continuous Delivery to impact the tech landscape in the U.S. much sooner than that. In the meantime there are a dozen intermediate steps. The next one could be a large scale shift in the software development workforce from Asia back to the U.S. and Europe.

"There is already a tug of war for top shelf developers in the U.S.," notes Iverson. "We worked hard to put our team together, and we have seen other firms struggle to find their feet because of how difficult it is to find and retain that talent. The landscape for truly expert developers needs to grow to match demand."

Dev9 may be responsible for pioneering an industry that will significantly grow that demand.