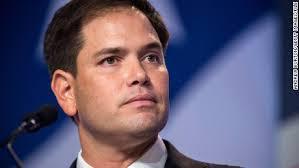 The Republican party's national approval rating is at its lowest point since 1992 - about 32%, compared with 46% for Democrats. As pollster Stanley Greenberg points out in his book America Ascendant, the Republicans are fighting a rear-guard action against America's demographics. With a core base of older, rural, white, married voters, the GOP is up against an electorate that is increasingly minority, single and urban.

Still, the Republicans control the Senate, the House and most of the state legislatures and governorships, largely as a result of gerrymandered redistricting and the quirks of our electoral system. Greenberg predicts that the Republican party in its present form is doomed; however, he suggests it may take a decade or more for Millennial and minority voters to flex their political muscle and to undo the inequities in the current electoral system.

Greenberg also predicts that the Democrats will consistently hold onto the White House, since presidential elections produce bigger turnouts, which benefits Democrats in national elections. As for the 2016 election, the increasingly poisonous Republican brand would appear to be a weighty albatross around the neck of any Republican presidential candidate, despite the built-in historical advantage that a presidential candidate of the opposition party has after eight years of White House incumbency.

Nevertheless, there may be some serious flaws in Greenberg's thesis when it comes to the 2016 contest. And those flaws play into the hands of one Republican in particular - Marco Rubio. If Rubio is able to get the nomination - a serious "if" since he would have to knit together a coalition of Tea Party, evangelical and establishment constituencies - he could present a serious challenge to Hillary Clinton in the general election.

For all but the most partisan voters, personality matters more than policies or parties when it comes to electing a president. On that count, Rubio may have an edge over Clinton. When Barack Obama said Clinton was "nice enough" during a 2008 debate, he was reflecting the public's generally lukewarm attitude toward Clinton's often aloof demeanor. While Rubio may certainly have personality flaws, he projects a warmer and more accessible image than Clinton.

Furthermore, Rubio is part of a new generation of Americans, without the baggage of the baby boomers and their checkered record of governance that Clinton unfortunately carries heavily on her shoulders. For a sizable number of Americans, especially younger voters, Rubio may subconsciously reflect the future rather than the past, which gives him a considerable advantage in presidential politics.

Which is not to say that Rubio would even come close to getting the number of younger and minority votes that Clinton will. But he doesn't need to. If Rubio can shave off five percent of younger, minority and single female voters from Obama's 2012 totals, he will be in a position to win the general election. Add this to the fact that Rubio comes from Florida, the largest swing state in the nation, and his chances improve considerably.

Rubio can also make the argument to independent voters that he will be in a stronger position to govern than Clinton. With the House most certainly to remain in Republican hands, and with the GOP favored to retain a Senate majority, Rubio can argue that he will be able to actually govern, compared to Clinton, who will be hamstrung with a continuing partisan deadlock.

If Rubio is elected president, he will still be saddled with the toxic Republican brand. But, even then, he may be able to turn that around. When Republican Teddy Roosevelt ascended to the presidency after the assassination of McKinley, he was considered, along with the rest of the Republican party, to be in the pocket of the reactionary monopolists and their political allies. He faced an increasingly young, progressive and immigrant electorate.

It didn't take Roosevelt long to realize that his political future - and that of his party - depended on reforming the GOP and, along with it, America's political and economic system. Much to the chagrin of his Wall Street allies, Roosevelt set out to bust the trusts, pass the first income tax and institute reforms in the government and political system. The result was an unprecedented era of Republican electoral successes and government power, which was interrupted only briefly by the election of Woodrow Wilson in a three-way race in which Roosevelt split the Republican vote.

As 2015 draws to a close and the Republican presidential herd threatens to drive the party over a cliff, Democrats would be wise not to become too complacent about their own presidential prospects. In the current environment of voter fickleness, Democrats cannot count simply on demographics or the GOP's self-destructiveness to win the White House in 2016. They must also make the case that their candidate not only will offer a better vision for future, but will also be able to deliver on that promise.